The Legend of Zelda: Breath of the Wild Pre-Review Impressions

Writing a The Legend of Zelda: Breath of the Wild preview is excruciating. Not because the game is bad, but because my impressions of it are so good that I want to talk about it in detail. However, I can't, this is a preview, and there are embargoes to uphold. What I can tell you is that Zelda: Breath of the Wild is the title with which everyone hoped the Nintendo Switch would launch. It's the most expansive Zelda title to date and may be the most ambitious game Nintendo has ever produced.

Link to the Future 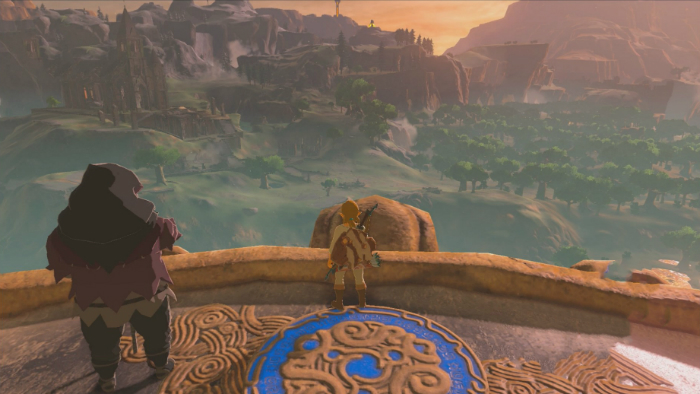 Zelda: Breath of the Wild turns away from previous series conventions in a refreshing and modern way. Instead of a linear path through pre-set dungeons, the game quickly has you chasing after Shrines. Shrines are scattered around the map, and can be completed in any order. They serve as tests of courage for Link to complete, and once you've cleared the challenge within the shrines, they become a fast travel point. Each Shrine is like a locked room in a previous Zelda title. You have to either challenge an enemy or enemies in combat or solve a puzzle to complete the Shrine challenge. While there are still conventional dungeons, and they're some of the most interesting in the series to date, the addition of the Shrine aspect of the game lends itself well to the new, more open, plot progression.

Breath of the Wild ditches linearity for an "open-air" feel. When you're given a quest, you'll get a marker on the map of your destination, and that's all the help you get. How you get from your current location to the quest destination is up to you. Very often, you'll find that you'll have to enter entirely new territory for a quest. If you were hoping for the game to hold your hand through this new territory, you're going to be disappointed. Instead, Breath of the Wild rewards exploration and perseverance. When you come to a new land, it's up to you to figure out where everything is. In fact, you're given the ability to put custom markers on your map because it's your responsibility to chart where enemy lairs or beneficial areas are. 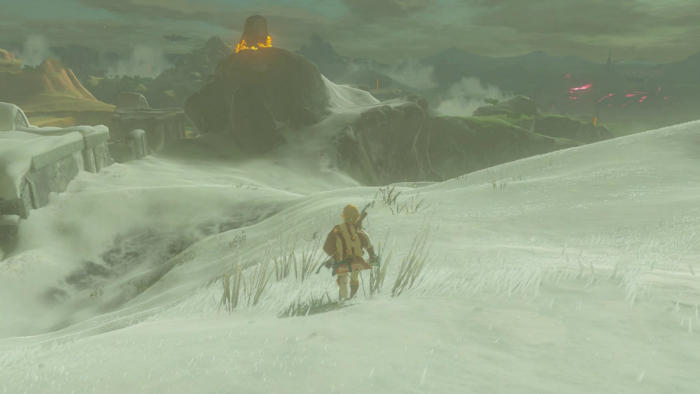 With this added element of exploration has come a massive increase in difficulty. Hyrule is a dangerous land, and you're no longer given a steady stream of powerful and unbreakable weapons and shields. Instead, you must procure your tools from throughout the land, from enemies, shops, and treasure chests. Your weapons now take damage and eventually break, and your enemies have access to a much more powerful arsenal than they did in previous Zelda titles.

However, Link does now have the benefit of having a much wider selection of healing and stat boosting items in the form of cooking and elixir brewing. Throughout Hyrule, you'll find herbs, fruits, vegetables, and meats in varying quality, all of which you can combine to make a succulent meal. Alone these items may heal a heart or two of health, but when you mix them together in the cooking pot, you unlock their powerful potentials which can increase your defense, completely heal you and more. Even more powerful are the elixirs you can make by combining monster parts and creepy crawlies. A Moblin horn here and a cricket there can combine to make a very potent formula that can mean the difference between life and death.

The Legend of Zelda: Breath of the Wild's Hyrule is a vibrant place, full of life. The world has active weather, each form of which affects Link in a different way. Rain will make rocks slicker and harder to climb, thunderstorms will electrocute you if you're wearing metal armor or weapons, and temperature plays a part in Link's life as well. The cold will make some areas impassable until you find the clothing or items necessary to maintain Link's temperature, too much heat can have the same effect, making Link's wooden items burst into flames if you don't reach cooler climes.

Flora and fauna of Hyrule can be your predator or your savior as well. As mentioned above, you can cook a whole host of items, and you can procure these items around Hyrule in natural locations. Apples grow on trees, meat can be harvested from deer and other critters you see roaming about, and if you so choose you can truly live off the land without the need for Rupees.

I regret having to be so vague, but there'll be much more detail in my review of Breath of the Wild. I haven't had the chance to finish the game yet. It's incredibly long, and I continue to get distracted by the huge amount of nooks, crannies, and side-quests that Breath of the Wild has to offer. I can't wait to have to opportunity to open up and share the rest of my thoughts with you on The Legend of Zelda: Breath of the Wild, but this is the sort of game that a thousand words can't begin to explain. It looks to be a game for the ages, and you'll get a chance to play it when it releases on Wii U and Nintendo Switch on March 3.