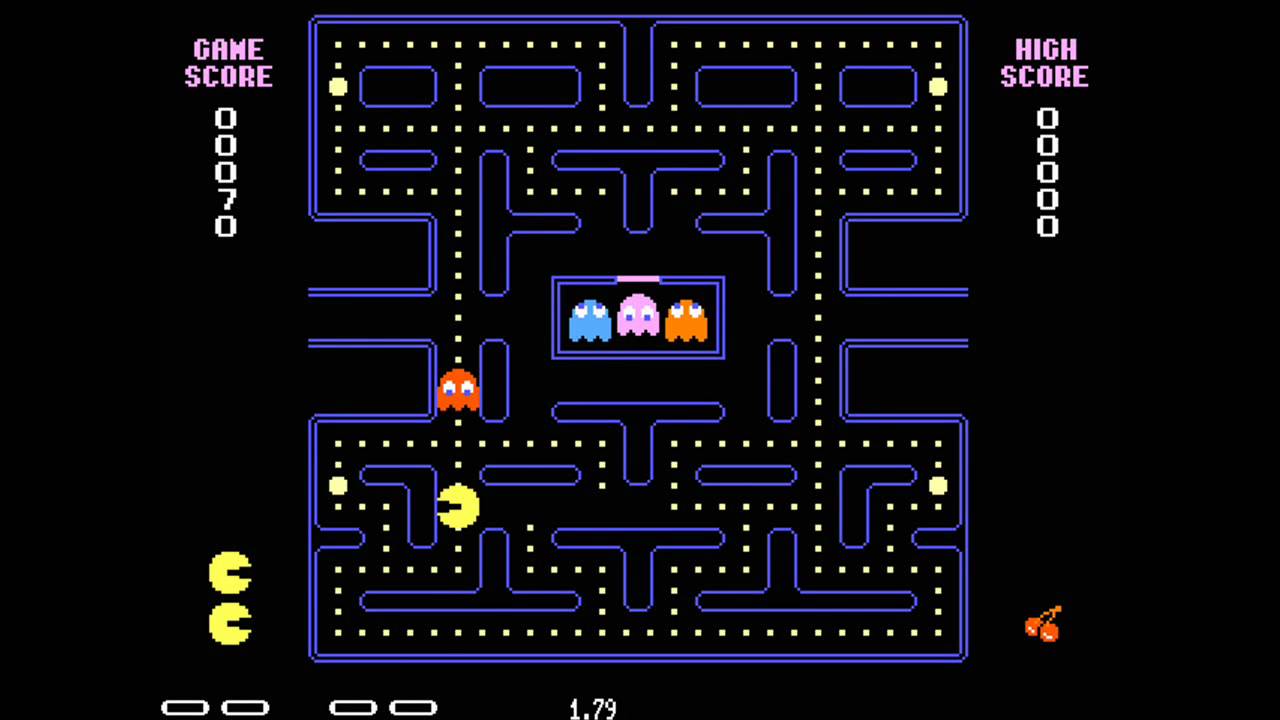 Namco Founder Masaya Nakamura Passes Away at 91, Here's Part of His Legacy

Masaya Nakamura, the founder of Namco (later Bandai Namco) passed away at age 91 on January 22, 2017. Though gamers are mourning Nakamura’s death, the legacy he left behind won’t soon be forgotten. The Japanese businessman originally founded Nakamura Manufacturing as a company meant to create children’s rides for department stores in 1955. As it added arcade games to its portfolio, however, the company was later renamed Nakamura Amusement Machine Manufacturing Company, which is where the name Namco is derived from.

Often known as the “father of Pac-Man,” it was Masaya Nakamura who in fact suggested to Pac-Man creator Toru Iwatani that the name “Puck Man” be changed to “Pac-Man” due to the idea that kids may vandalize arcade machines so that a much more vulgar word would be seen on the cabinets. From there, Namco also invested in both the handheld and console gaming market throughout the late ‘80s. 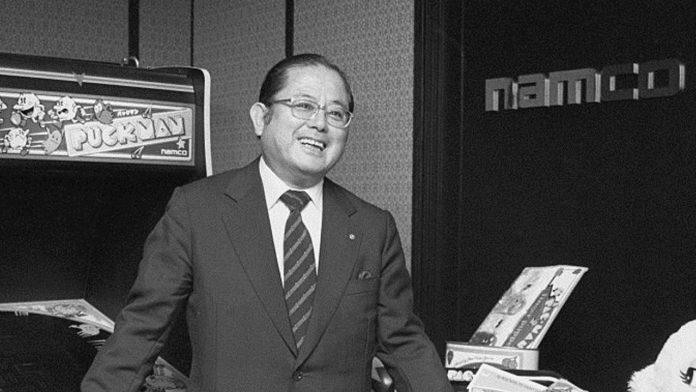 As far as Namco’s business side, company has been ever-changing since its inception. In fact, Namco later merged with rival outfit Bandai in 2005 and was originally known as Namco Bandai (Namco Bandai Games in the West) up until 2014. The company was internationally renamed as Bandai Namco Games. In April 2015, another rename brought us to the company we know now as Bandai Namco Entertainment.

Nakamura was awarded the “Order of the Rising Sun, Gold Rays with Rosette” by the Japanese government and inducted into the International Video Game Hall of Fame in Ottumwa, Iowa at the Big Bang Gaming Extravaganza as well. His contributions over the years have been recognized far and wide throughout the gaming industry.

Namco has had a colorful and storied history of video games over the years, but if we were to list every single title the company has been behind since its inception we’d be here far too long. Here are five Namco classics that illustrate Namco and Masaya Nakamura’s legacy. 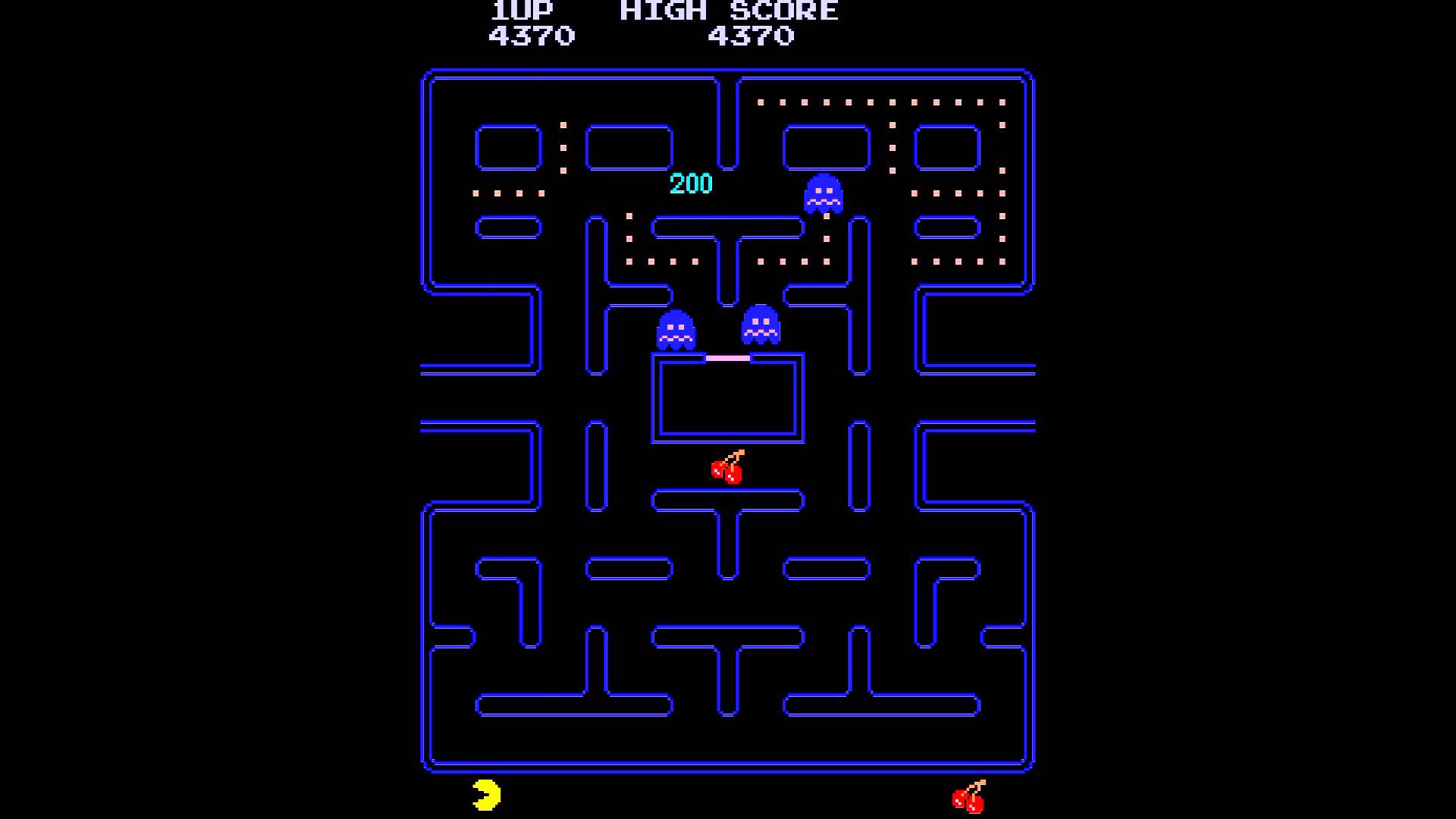 Pac-Man is not only one of the most recognizable characters in gaming, but in pop culture as well. Though Masada Nakamura didn't have much direct involvement with Pac-Man's inception, as referenced earlier in this article he did end up helping shape Pac-Man into what he has become today. Bandai Namco's golden dot-chomping champion was originally known as Pakkuman, inspired by the onomatopoeic phrase “paku-paku taberu,” which essentially describes the sound of a mouth opening and closing in rapid succession.

This translated over to Puck Man as well, which was in reference to Pac-Man’s hockey puck shape, which was actually derived from the image of a pizza with a slice removed from it. Nakamura suggested the call to change “Puck Man” into “Pac-Man” to discourage vandals from turning the “P” into an “F” for decidedly un-family-friendly words in arcades. The rest is history, as they say, as Pac-Man went on to become one of the best-selling arcade games of all time. 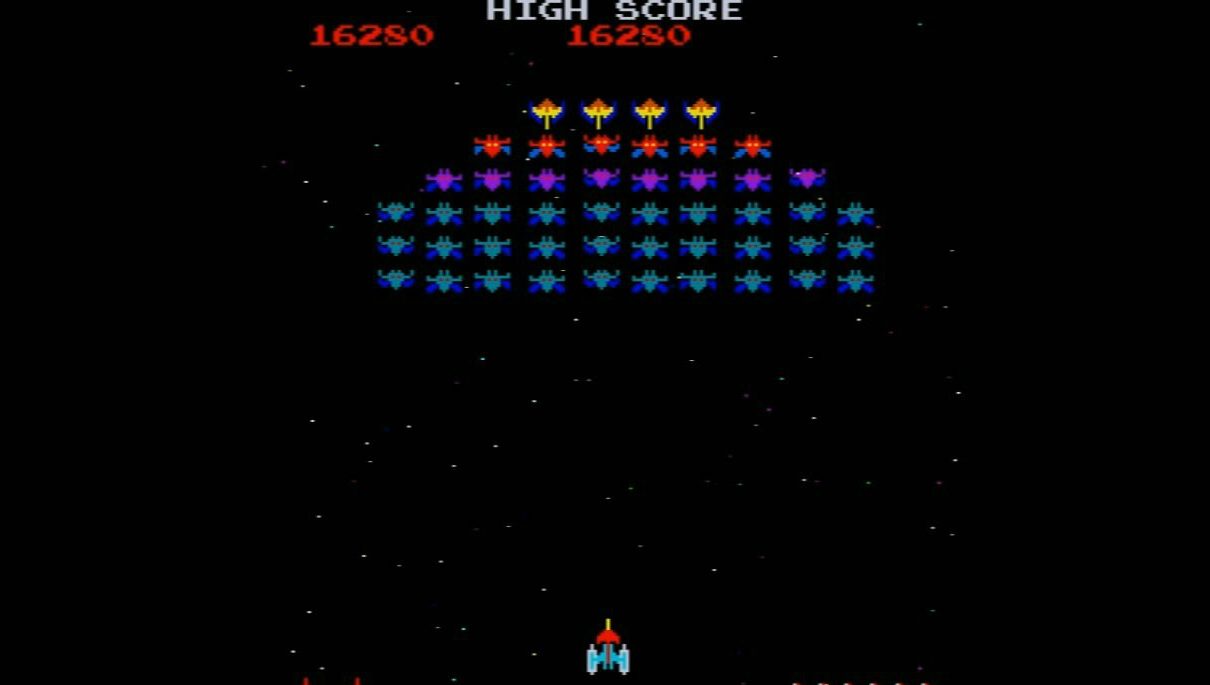 The precursor to 1981’s Galaga, Galaxian was an important fixture of Namco’s history, designed to compete with Taito Corporation’s Space Invaders. Much like Space Invaders, an advancing horde of aliens flies ever closer to the player’s ship, the Galaxip. In some instances enemies make kamikaze-like dives toward the Galaxip, so you’ve got to make sure you avoid them whenever possible.

It’s a simple but addictive game that ended up finding a massive amount of success for the company with its many follow-ups and spin-offs. If you've ever enjoyed Galaga or its many other iterations, you've got Galaxian to thank for starting it all, as well as Taito for inspiring the competition with its own Space Invaders. 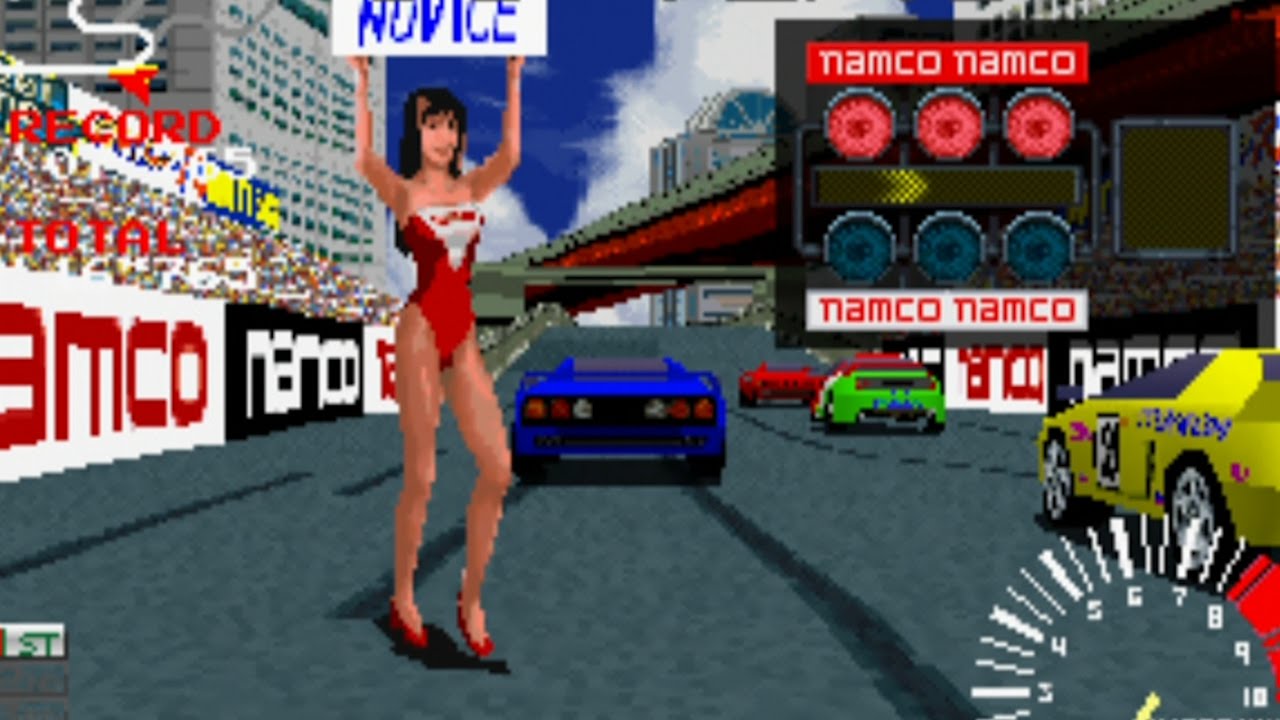 Rrrrrrridge Racer! Ridge Racer and its classic series of racing games released in 1993 and has been an influential part of the racing game ecosystem for quite some time. Having spawned a wealth of follow-up and spinoff games, it’s one of the most widely-recognized racing franchises out there, and is still releasing ports and sequels today, with the latest having released for both Android and iOS. It still holds its own as a force to be reckoned with as well, going toe to toe with other modern titles. 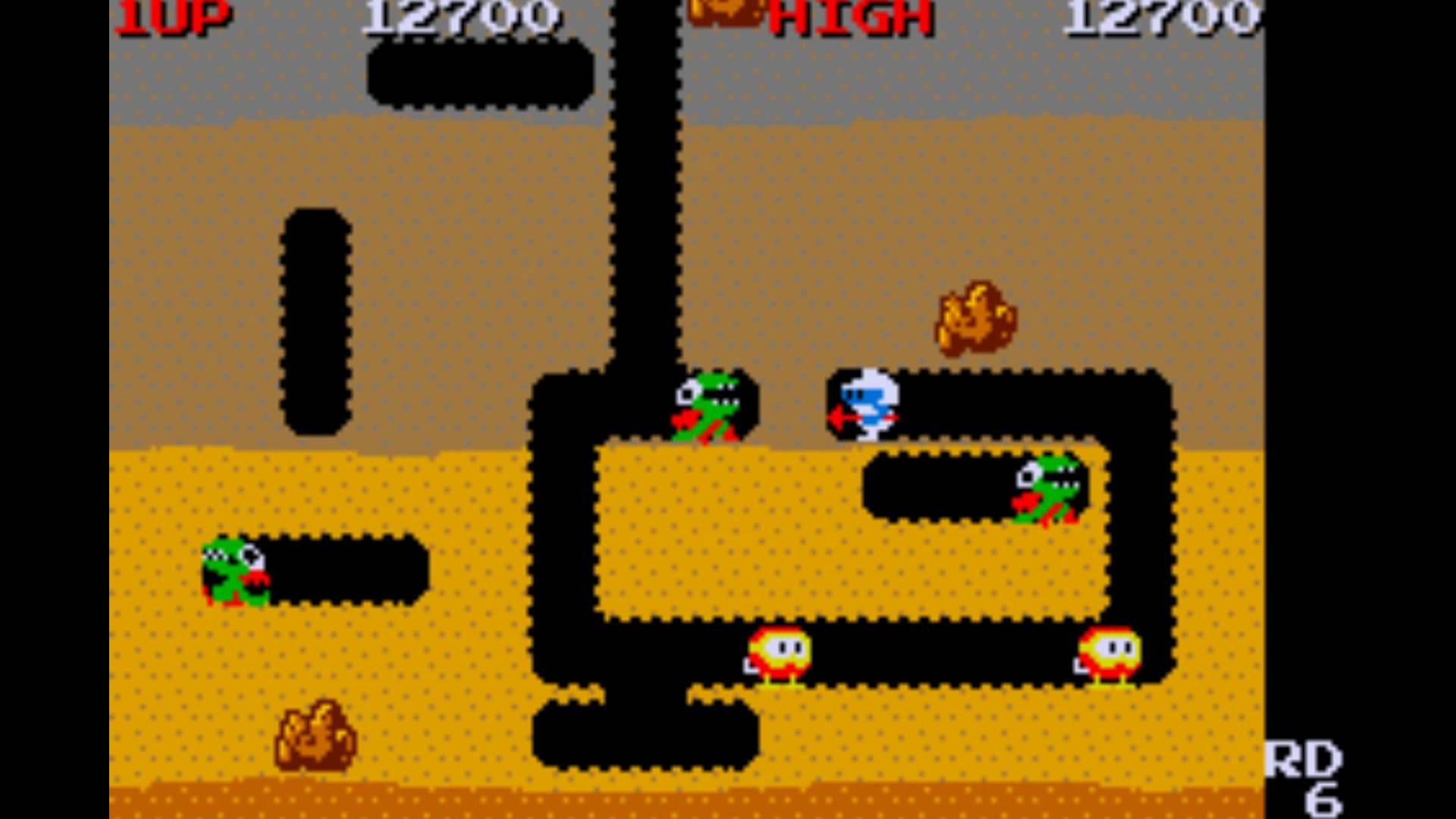 Dig Dug is one of Namco’s most unique titles in that it follows the eponymous Dig Dug as he attempts to kill off various monsters that live underground. You’ve got the Pookas and the Fygars to contend with, and you can use your special air pump to keep inflating them until they eventually explode. It might sound cruel, but it’s actually hilarious.

Sometimes Dig Dug goes by the name Taizo Hori, which is actually a reference to Susumu Hori, the main character of Mr. Driller. It’s an entertaining game thanks to its interesting premise and even the cute designs of its protagonist and enemies, especially when they’re full to bursting with air. 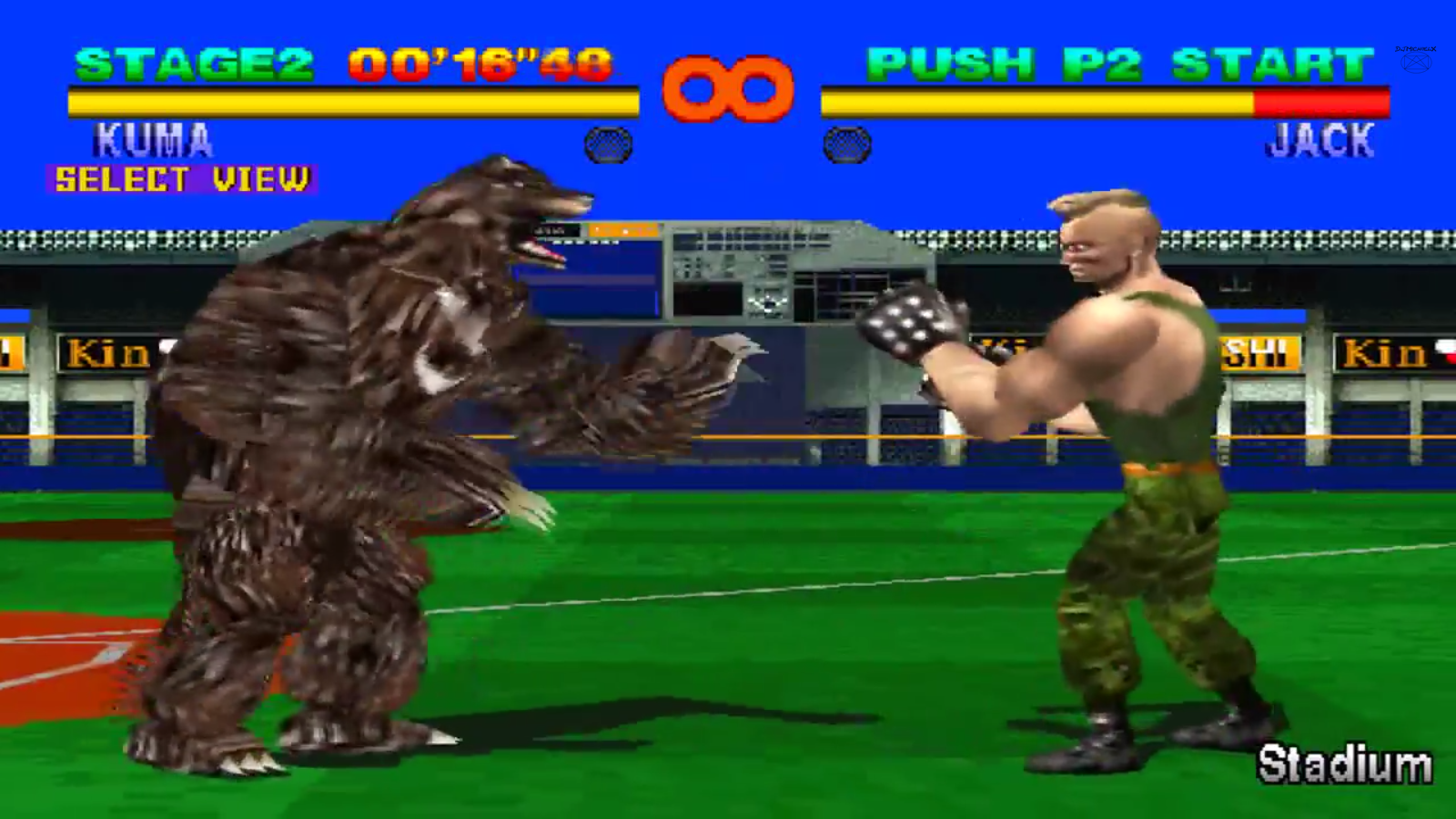 Who could forget the fighting classic Tekken when running down a list of classic Namco games? Tekken followed Heihachi Mishima as he founded and ran the King of Iron Fist Tournament, which would award $1 billion in cash to the winner. Kazuya Mishima, Heihachi’s estranged son, even entered the tournament as a means to take revenge against him.

The game offered eight default characters ranging from favorites like Mishima to Nina Williams and Yoshimisu, as well as special sub-bosses. The Tekken series has been extremely well-received over the years and was a worthy competitor for Sega’s rival franchise Virtua Fighter.

Which Namco games have left a lasting impression on you? Let us know in the comments and celebrate Nakamura's legacy by busting out some of these classics when you have a moment.