Respawn Entertainment published a roadmap for Titanfall 2's free DLC through March, highlighted by the release of the Live Fire in February and the return a classic map.

"Live Fire is a fast-paced round-based 6v6 pilot only elimination mode," developers explained in a blog post. "Each round gives players only 60 seconds to eliminate the enemy team or take control of the neutral flag. The team that holds the neutral flag when the timer runs out wins the round regardless of how many players they've lost. Knowing how and when to pick up the flag is a core aspect of the mode's meta."

"When we're developing new ideas like Live Fire we employ a technique called "Rapid Prototyping." The goal is to prove a concept is fun as fast as possible. We try out a few different concepts then select the strongest one and start to refine it. We playtest daily and use the feedback and data from our tests to inform our design decisions moving forward. The testing keeps us honest and ensures we stay on the right track." 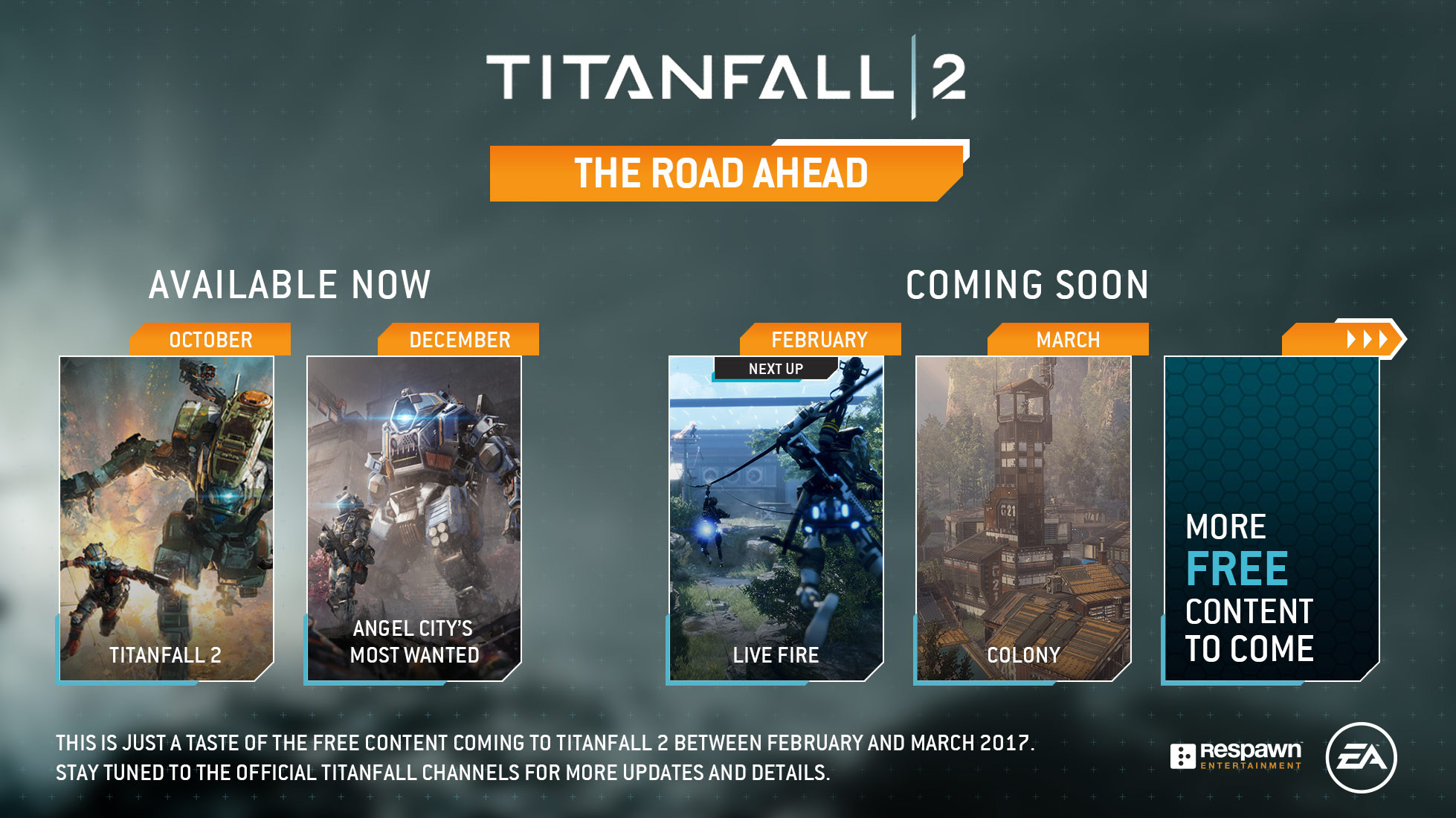 Colony, a fan-favorite map from 2014's Titanfall, will make its way to Titanfall 2 in March. "I’m personally thrilled to see this one making a comeback and it’s starting to look great with a new coat of paint. That’s all I can say for now but expect all this and more down the road. This is just a tease of all the stuff we’re working on."

Like all DLC for Titanfall 2, Live Fire and Colony will be released at no charge. EA and Respawn stood united in their decision to forego a season pass and publish DLC for free in order to keep the community on the same page.