Nintendo Switch's paid online service gives you one NES or SNES game a month, then takes it back

Like Xbox Live Gold and PlayStation Plus, Switch's service charges a fee. This service won't go online until this fall; a free trial for Nintendo Account holders will take its place in the interim.

Subscribers are privy to perks like discounts on certain digital games, and one free NES or SNES game per month. However, if Nintendo's phrasing can be taken at face value, subscribers lose access to that free game the next month.

That's a far cry from Xbox Live Gold and PS Plus, both of which offer more modern titles that players keep so long as they remain subscribed to the service.

Nintendo did not explicitly mention a Virtual Console-type service for Switch during its presentation. While it's likely the service will return—it's existed in some form since its debut on the Wii in 2006—as of right now no one knows if there will be a way to purchase classic titles.

The news isn't all bad. Nintendo's press release mentions online multiplayer for NES and SNES games, which would breathe new life into moldy-oldies like Capcom's original Street Fighter 2 (1992), an exclusive for SNES and a major coup for Nintendo during the "16-bit wars" against Sega.

A full breakdown of features available to subscribers can be found below. Nintendo Switch will retail for $299.99 when it launches on March 3. 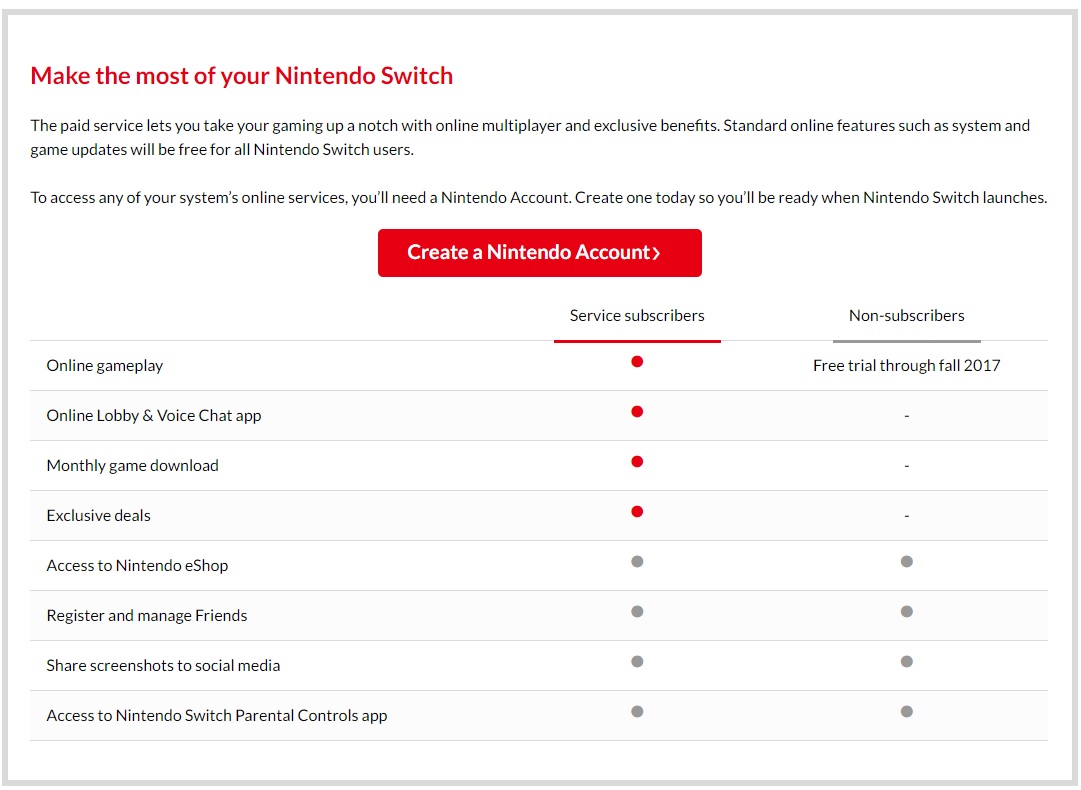