The Legend of Zelda: Breath of the Wild is the "most confirmed" game for the Nintendo Switch. It's the one title Nintendo has explicitly, multiple times, referenced when speaking about the Switch. However, whether or not it will make launch is up in the air. Rumors have said that it won't be ready in time to be a launch title, later rumors have said it will be a launch title. The consensus seems to be that we'll see The Legend of Zelda: Breath of the Wild launch alongside the Nintendo Switch in March.

The Nintendo Switch first-look trailer shows a Mario Kart game playing on the Switch. Nintendo hasn't stated whether or not the Switch version of Mario Kart  will be a new game or a port of Mario Kart 8 that features new content, though.

The version of Splatoon shown for Nintendo Switch shows features, not in the Wii U version of the game, namely customizable hairstyles. More than likely this is an updated version of the original game as opposed to a sequel.

Although this was featured prominently in the Switch first-look trailer, neither Nintendo nor Bethesda has confirmed Skyrim as a Nintendo Switch title. A GameStop page that has since been changed did list Skyrim as being playable on the console/handheld, though, and it would be an odd move to show the Switch playing Skyrim and not actually offer it as a title.

A Super Mario game in the vein of Super Mario 64 and Super Mario Sunshine was shown in the first-look trailer. Nintendo hasn't released additional information about the title.

The first-look trailer shows an NBA game being played on the Switch. The most likely culprit is NBA 2k17, though 2K Sports hasn't confirmed this yet.

Additionally, the following companies have been confirmed to be supporting the Nintendo Switch:

However, how or in what capacity they will be supporting the Nintendo Switch is currently unknown.

Rumors have pointed to a Nintendo Switch version of Pokémon Sun and Moon called Pokémon Stars. Nothing concrete has been reported yet, but the same GameStop Switch listing which previously mentioned Skyrim, also mentioned an unnamed Pokémon title as being part of the Nintendo Switch's line-up.

The Indie title Seasons of Heaven has been confirmed for the Nintendo Switch as well. However, no release date has been set for this game yet.

Nintendo announced the Nintendo Switch would be released in March on the same day they released the first-look trailer. However, there's been rampant speculation since on what day in March the Switch would hit stores. Recent rumors, supported by a product listing by UK game seller GameSeek, points to a date of March 17.

However, any rumor about the release date should be taken with a grain of salt. Many retailers put placeholder dates in their systems when they post pre-orders, so this could just be a random date instead of the Nintendo Switch's actual release date. 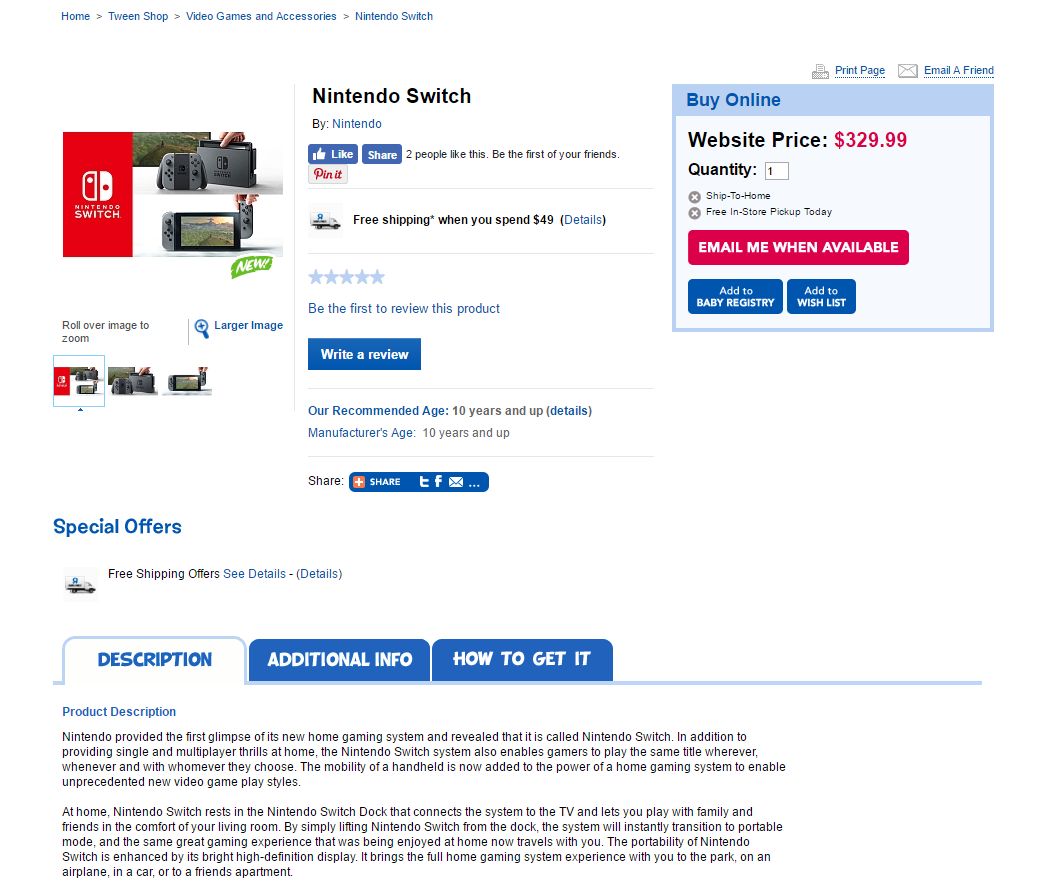 These prices are close enough together to seem like a correlation. However, $250 USD seems like almost too reasonable of a price for a device capable of what the Nintendo Switch looks like it'll be able to deliver. Either Nintendo is taking a financial hit on hardware and hoping to make it back in software, or the Switch will cost more.

Exactly what chipset is powering the Nintendo Switch, and what its capabilities will be is up in the air. We know for sure that NVIDIA is providing a "custom" Tegra system on a chip (SoC) for the Nintendo Switch and its been very enthusiastic about the Switch platform. Exactly what this SoC's specs are, or if it's based on an existing Tegra product is unknown. However, NVIDIA has stated on their blog that they've created a new API for Nintendo called NVN to help developers program or port games to the Nintendo Switch. Khronos Group has also announced that the Nintendo Switch supports the OpenGL 4.5, OpenGL ES, and Vulkan graphics APIs.

The most prolific features of the Nintendo Switch is its handheld/hybrid nature. The system can be inserted into a dock to be played on TV like a console, or taken on the go in its tablet form. Rumors state that the tablet form contains a 720p display, and 1080p is output when the Switch is linked to the dock.

The new controller for the Nintendo Switch is called the "Joycon." Like the Switch itself, the Joycon can convert into several forms. When the Switch is docked, the two Joycon halves dock to a central battery unit to be used wirelessly when playing on TV. When you take the Switch on the go, you slip the Joycon off its battery unit and attach it to either side of the Switch, which then makes the controls more like a Nintendo 3DS or PS Vita. What other control methods or capabilities the Nintendo Switch will have is unknown at this time.

Additionally, we talked with Snakebyte about their line of Nintendo Switch accessories at CES 2017. 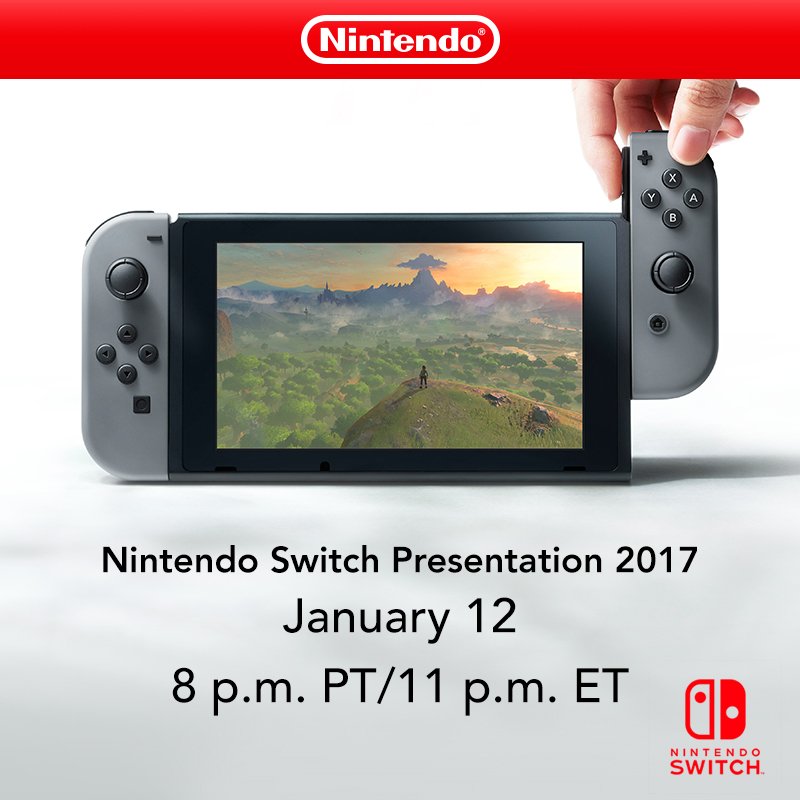 The Nintendo Switch Press Reveal Presentation Event will take place tomorrow evening at 11 PM ET/8 PM PT. Details are still scarce as to what exactly Nintendo will reveal. However, we can rest assured that the Switch itself, and the launch titles will be displayed prominently.

Make sure to check back tomorrow night with Shacknews as we bring you all the stories from the Nintendo Switch press reveal.