Dreamfall Chapters Enhanced Edition to Release on PS4, Xbox One

Red Thread Games has announced their sci-fi episodic adventure game Dreamfall Chapters will be coming to both PlayStation 4 and Xbox One on March 24th.

Releasing both as a physical and digital download, the console edition of Dreamfall Chapters will be an enhanced version compiling all of the content available on PC. Check out the box art for the console versions below. 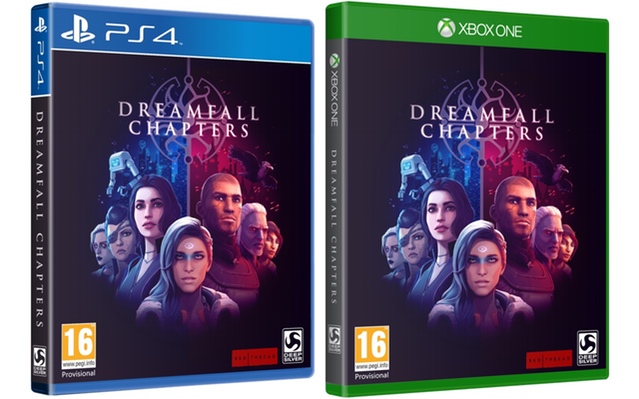 PC players will also be getting a number of new updates for the game, including one adding new language options, one implementing bug fixes, and another one called “The Final Cut” that will add features and fixes into the PC version to bring it up to par with its new console counterparts. For more details, check out Dreamfall Chapters’ Kickstarter page.

The latest in the adventure series including Dreamfall and Dreamfall: The Longest Journey, Dreamfall Chapters is a narrative game taking place simultaneously in parallel cyberpunk and fantasy realms as it explores the effects of choices and consequences. It originally debuted as a Kickstarter-funded game and currently has a Very Positive review consensus on Steam.