Everything You Need to Know About CES 2017

With the 2017 Consumer Electronics Show beginning in just two days, there's plenty of questions about the event. This general overview of CES 2017 should help you know more about the event, its history, and just how to attend it.

What does CES stand for?

Due to flagging popularity, the Summer Consumer Electronics Show was canceled in 1996. In 1998 CES changed to the once-a-year format in Las Vegas we see every year. Over 170,000 people attend the event each year, and major companies debut their latest tech at the event.

The dates of the Consumer Electronics Show are January 5-8, 2017 in Las Vegas, NV. 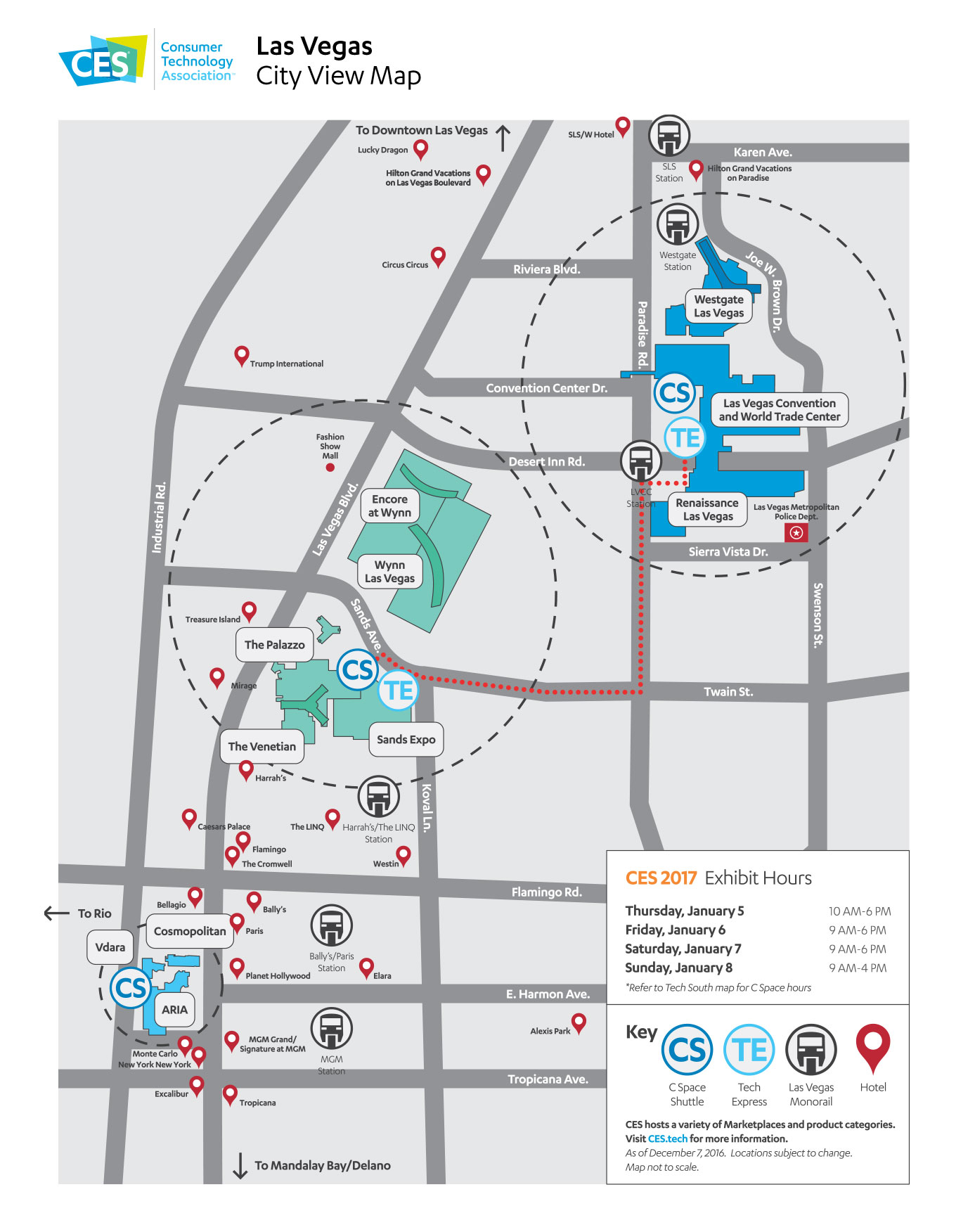 The 2017 Consumer Electronics Show takes place in Las Vegas, NV. CES 2017 is split over three campuses. Tech East encompasses the Westgate Las Vegas, Las Vegas Convention and World Trade Center, and Renaissance Las Vegas. Tech West is held in the Encore at Wynn, Wynn Las Vegas The Palazzo, The Venetian, and Sands Expo. Tech South takes place in the Cosmopolitan, Vdara, and ARIA. Shuttles run between each campus to make getting between them easy.

The Consumer Electronics Show is a trade-only event. This means that the general public isn't permitted access. All attendees must provide credentials to verify their reason for attending CES. Family, friends, and children, who accompany attendees to Las Vegas are not permitted to access CES unless they are over 18 and have proof of industry affiliation.

Advanced floor admittance prices were $100 when registration opened in September last year. However, registration after December 20 went up to $300 per person. Media officials are allowed to register for free.

For the full list of conferences and pricing, check CES's Conference Pricing page.

How do I stream important CES conferences?

There's unfortunately not a single source to stream CES. However, Shacknews will be covering the most important gaming-related tech, and two of the big ones, Sony and NVIDIA, already have links up to where their streams will be when they go live.

This year CES is sure to be full of great new tech. We'll keep you posted on new developments as the show progresses.