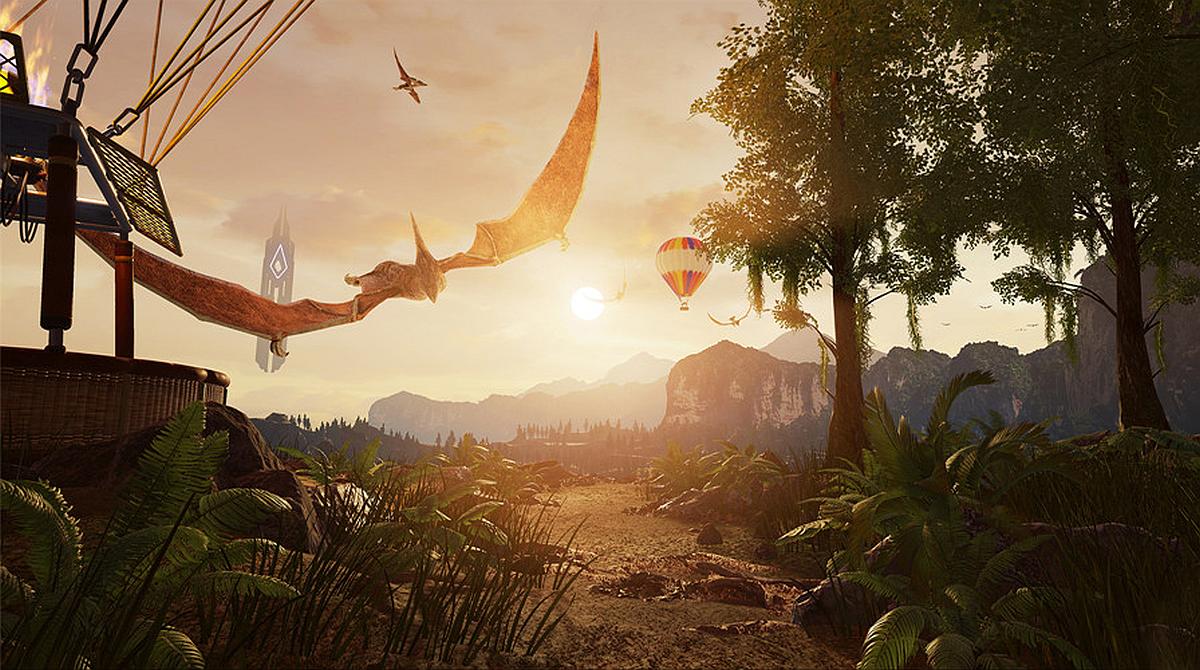 In a scene right out of Jurassic Park, Snail Games is bringing dinosaurs to virtual reality with Ark Park.

The "experience" will be based on Ark: Survival Evolved, including most of the dinosaurs found in the game, and will be coming to PlayStation VR, HTC Vive and Oculus Rift some time next year, Executive Producer Sky Wu explained in a blog post that Ark Park will allow visitiors to goon excursions, either on foot, in vehciles or even on the back of a dinosaur. The habitat where the dinosaurs are kept will have more than 100 species. Not only will visitors be able to capture dinosaurs via a Gene Cube, but all snap pictures of friends and dinosaurs,

Grabbing that Gene Cube then turns the experience into an educational one, Wu said. "Capturing a creature’s Gene Cube will allow for you to upload it to ARK Park’s Hub area to learn more about the life form, including factoids and vital stats. Along with this, you’ll learn about how the ARK species has diverged from real-world variants."

The project is being developed by Peacock Studio, with input from Survival Evolved dev Studio Wildcard.

Ark 2 with Vin Diesel revealed at The Game Awards