Nintendo executive Bill Trinen teased that the t-shirt Mario creator Shigeru Miyamoto wore during his appearance on Wednesday's The Tonight Show holds some kind of secret, possibly for the Mario game being made for Switch.

"Has anyone figured out what's up with Miyamoto's Samurai Mario shirt?" he tweeted on Thursday night. "'Cause I know what's up," he added in a follow-up tweet.

Take a gander at the image and you'll notice that Miyamoto's shirt shows off Mario wearing a samurai outfit. 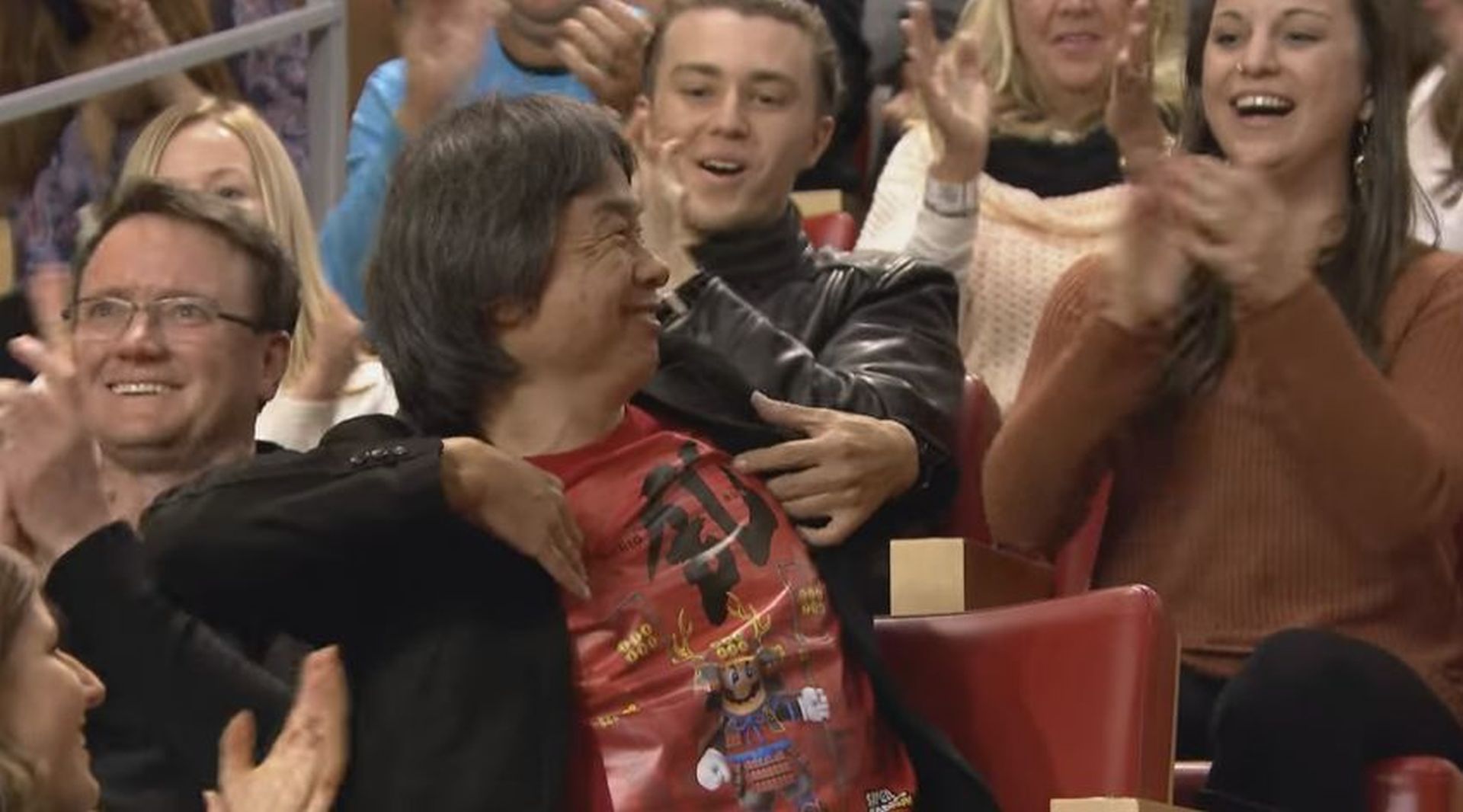 Eager fans piled into Trinen's Twitter thread to propose theories. "In case you were wondering, the kanji on Miyamoto's shirt is 'Ran,' which in Japanese is pronounced exactly like 'Run,'" replied Twitter user Kyle McLain.

Miyamoto's shirt could be hinting at a power-up used in the forthcoming Mario game for Nintendo Switch. Note that Trinen's explicit use of "Samurai Mario" follows the naming syntax Nintendo applies to power-ups, such as Raccoon Mario in Super Mario Bros. 3 and Cat Mario in New Super Mario 3D World.

Nintendo offered a peek at a new Mario game running on Switch back in October when it rolled out its Switch reveal trailer. As to Samurai Mario and the true meaning behind Miyamoto's seemingly innocuous t-shirt, only time will tell.