SteamVR coming to Linux and Mac 'in the next few months,' says Valve

At Steam Dev Days in October, Valve programmer Joe Ludwig confirmed that the company will expand SteamVR to Linux and Mac operating systems.

Bringing SteamVR to more platforms is one of Valve's ongoing attempts to broaden horizons. Right now, Windows is the OS of choice for consumers interested in playing VR games on PC. Ludwig said that both consumers and developers have been asking Valve to broaden its outreach for VR; after all, most publishers will only support a technology if it has a healthy user base. 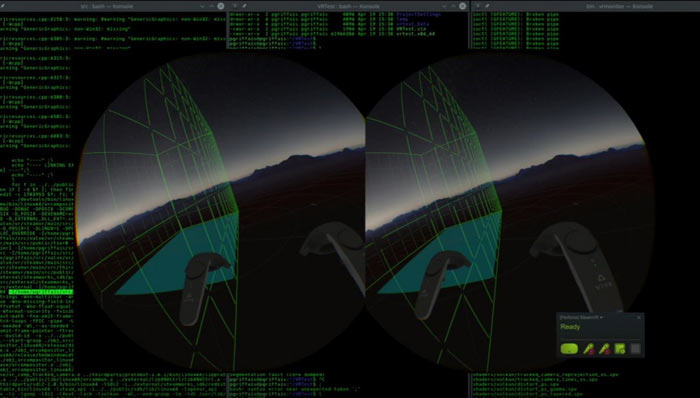 Ludwig went on to say that Valve already got SteamVR up and running on an unnamed Linux distribution. He showed a screenshot of the OS running a VR app using the Vulkan API (application programming interface, a toolset developers use to write software) running on an HTC Vive headset.

In another move intended to spread VR far and wide, Valve offered free SteamVR Tracking in order to help developers improve precision in headsets—a classy move, since it boils down to Valve lending a hand to competitors. The HTC Vive headset already makes use of SteamVR Tracking.