Skyrim Special Edition: How to Install Mods on PS4 and Xbox One

Mods are a beautiful thing, allowing you to augment and shape a game in multuple ways conducive to making it a more tailor-made experience. They’re most often found on PCs, where entire communities are dedicated to improving the performance of games in myriad ways.

Mods were only recently introduced to consoles on Xbox One and PlayStation 4, and although there isn’t nearly the inexhaustible library as on PC, there’s still a fair amount to choose from on the console front. Some mods put in entire buildings and enchanted items, while others render dogs immortal and place more merchants throughout Skyrim. In order to properly make changes to your game, allow us to walk you through the process of choosing and installing mods on your console of choice. 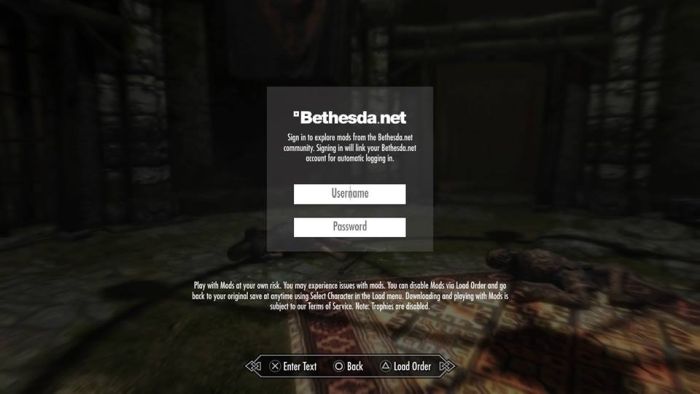 If you want to access mods, first you’ll have to create a Bethesda account. To do this, visit Bethesda.net and select “Join Now” to create a free account. Write the login info down, because you’ll be using it shortly. 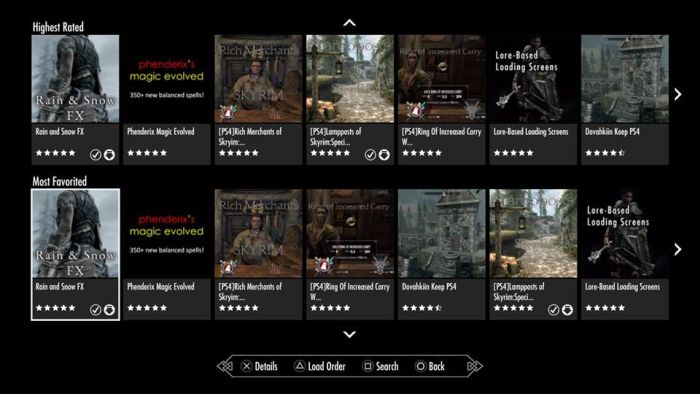 The “Mods” selection on the menu can be accessed via the title screen menu where you’re greeted with the symbol of Skyrim and the Skyrim theme. Once you’ve selected it, you’ll be sent to the launcher, where you can view each currently available mod and the things it enhances/alters, To download them, simply select one of the mods, read all about its description, then select the ones you’re most interested in by hitting the “Download” button. If done right, this should automatically begin pre-loading and be ready to boot up he next time you play. 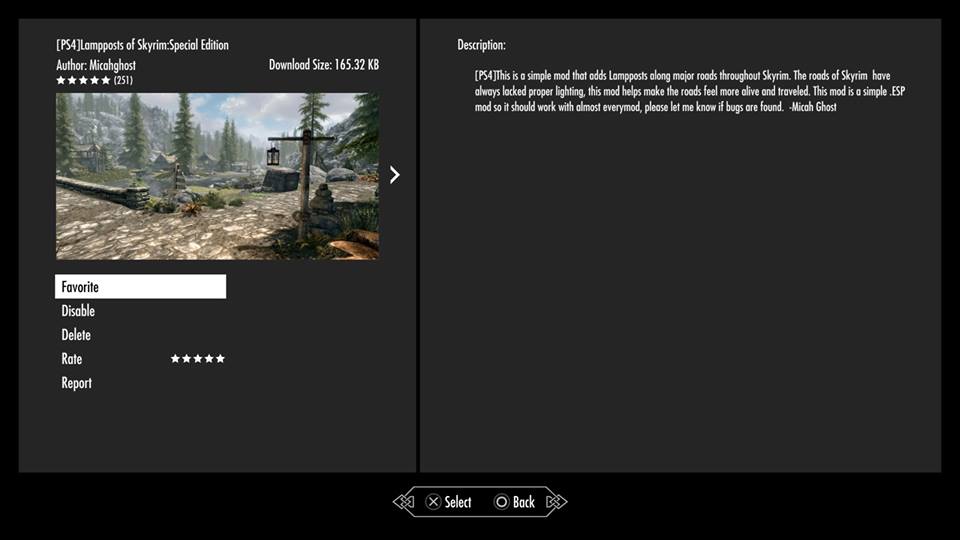 If you want to play on PlayStation, you will have to deal with trophies being disabled. Be wary of that.

-Both the Xbox One and PS4 have different mod capacity storage, with Xbox One topping it at 5GB and PS4 at 1GB. So, be mindful and take care not to download too much.

Mods are highly unstable and are not subjectd to the same amount of testing and quality standards as the core game itself. Instead, they’re created by passionate fans who want to use their coding knowledge to help support her.