Dark Souls 3: Ashes of Ariandel - How to defeat Sister Friede

Friede doesn't start out hostile. You'll find her in a cathedral approximately halfway through the Painted World of Ariandel, sitting near an altar. Talk to her until you exhaust her dialogue and she'll bequeath the Chillbite Ring, which reduces frost buildup.

Explore the Painted World to your heart's content. When you're ready to battle Friede, head to the area below her, a cellar infested with insects that cause heavy bleed damage. Make your way to the lowest floor, covered in the blood and eggs, and locate a wheel. Turn it, and the altar near Friede opens to reveal a secret chamber. 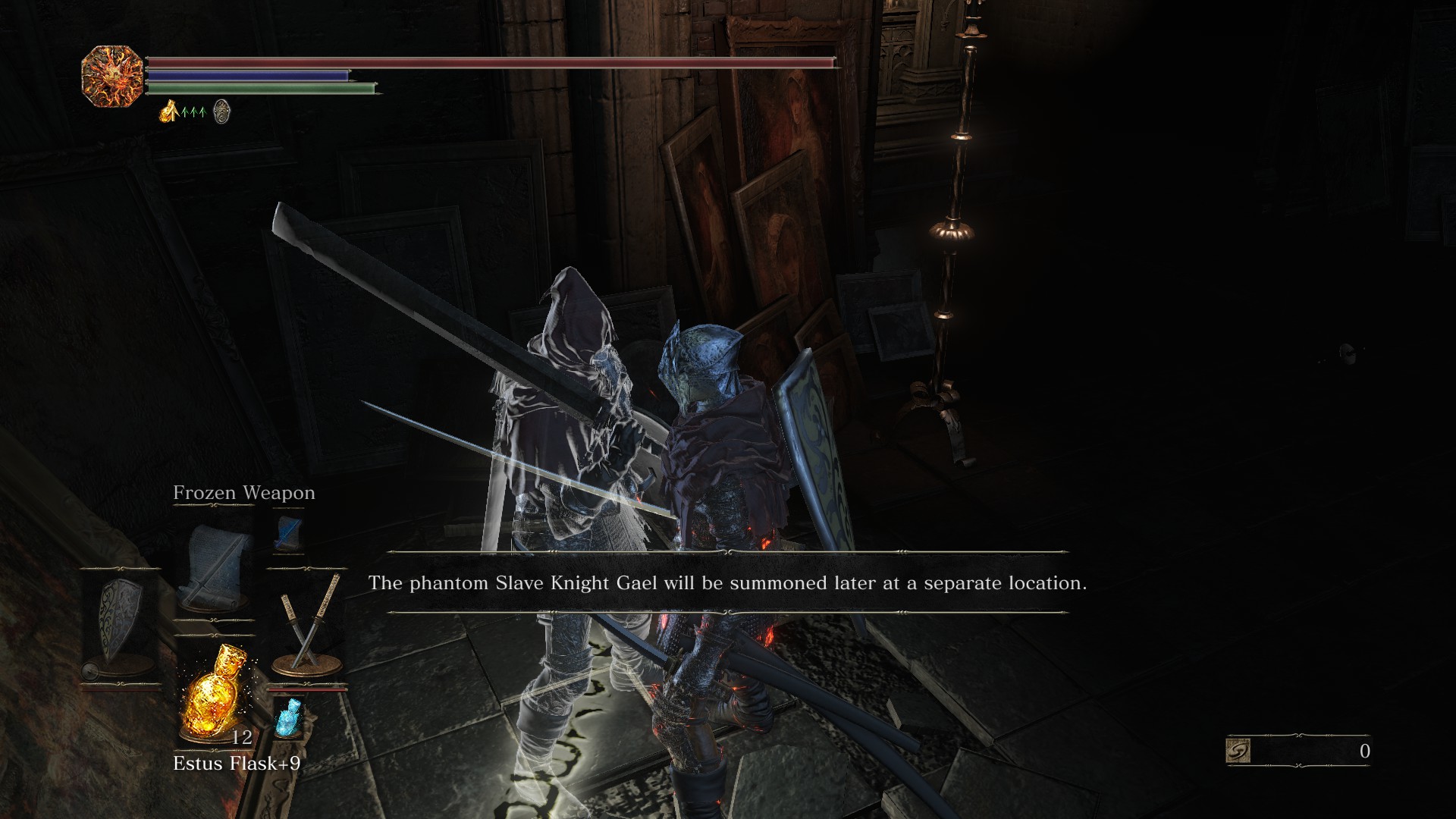 A word of caution: Your battle against Friede unfolds over three phases—that means she gets three full life bars and you've got to make do with one. Go in with full health, upgraded Estus Flasks, your Chillbite Ring equipped, and healing miracles attuned, if you've got them. Additionally, you can summon a special NPC named Slave Knight Gael into the fight. Look for his summon sign to the left of the altar as you face it. The catch is that Slave Knight Gael won't join the fray until phase two, so you've got to hold your own until he shows up.

Finally, if you're undead, don't bother using an Ember to revive to human before the fight. You can summon Slave Knight Gael whether alive or undead, and it'll take you a few tries to get the hang of Friede's patterns. Instead, survive the first phase and wait until the beginning of phase two to use an Ember. This not only conserves Embers, it lets you save Flasks for the harder stages of the battle.

Head into the secret passage behind the altar. You'll trigger a cinematic with Friede's papa, Father Ariandel. The lady herself enters, and the battle begins.

Phase one of your fight against Sister Friede is straightforward. She approaches at a walk to slice and dice with her scythe, but any attack you make will interrupt hers. Press your advantage by going on the offensive early and often, but save a sliver of stamina to roll clear: she'll come at you hard when you cease attacking. Other than performing combos with her scythe, she'll shoot waves of frost across the floor. Roll to either side to dodge them.

Eventually she'll back away, disappear, and jump across the room to charge up her most devastating ability: a two-hit attack where she throws you into the air and then slams you to the floor. Listen for her footsteps, or for the clatter of debris that breaks if she teleports into any of the junk lining the walls. She'll materialize if you get close, and one hit will break her charge.

If you don't find her in time, stand still and wait for her to appear. She'll materialize right next to you and lunge with her scythe. This move can drain over half of your life bar if it connects. Roll as quickly as possible, then wade in and deal damage, or run in and hit a backstab. 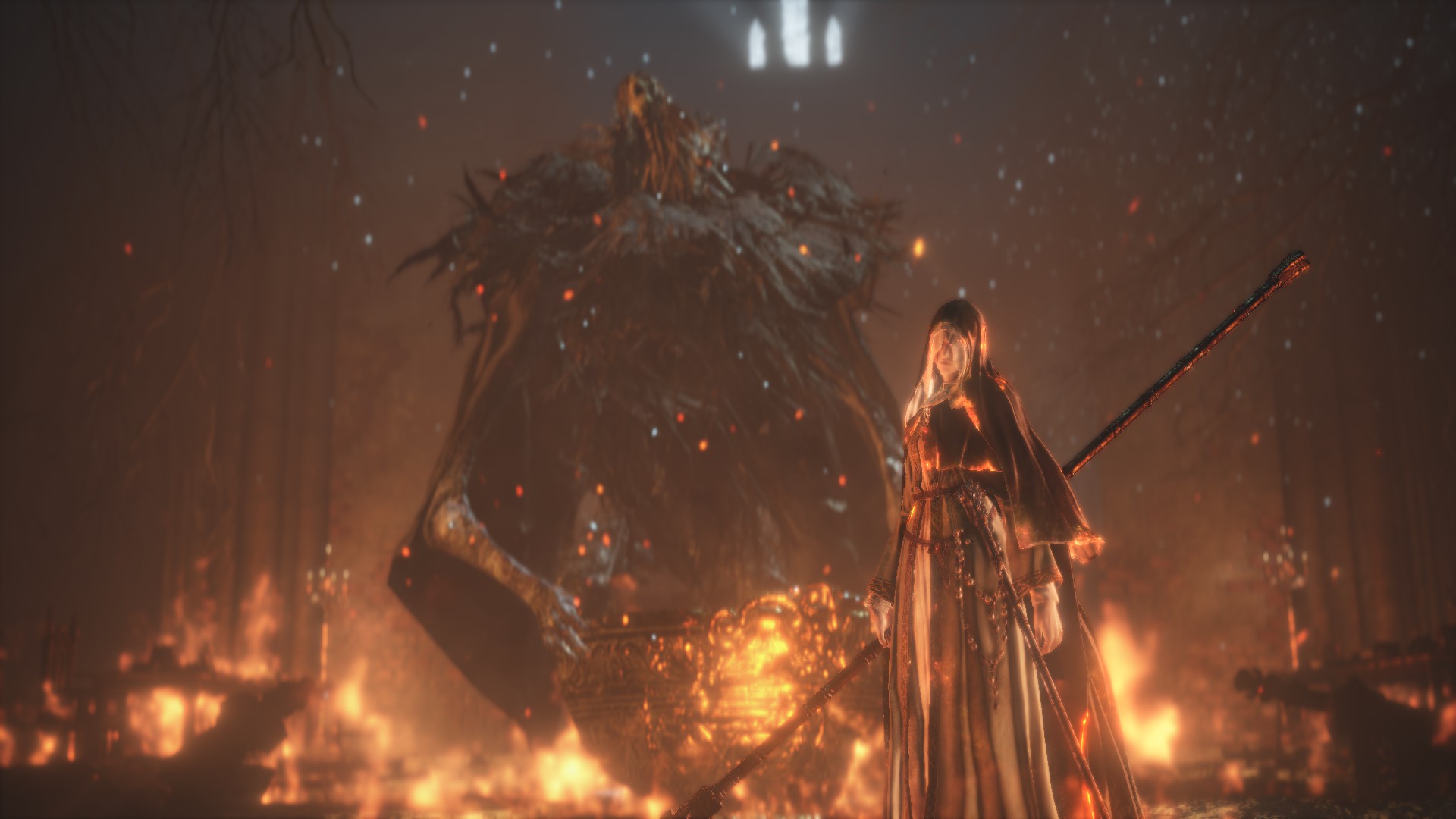 Killing Friede gets the attention of the ailing Father Ariandel, who's none too pleased to see his baby girl bleeding out all over the floor. He'll break free of his shackles and revive Friede. At this point, Slave Knight Gael warps in if you summoned him earlier to help even the odds.

Friede and Father Ariandel share a life bar, so you're free to attack either one. Friede uses the same moves as in phase one, and is the faster of your adversaries. Father Ariandel pours lava out of his cauldron, slams it on the floor in rapid succession, and stampedes at his targets. He's slow, though, and his attacks are easier to dodge, so concentrate on him and let Slave Knight Gael distract Friede. Stay behind Father Ariandel so he has to constantly rotate to get a bead on you, and roll away when he upends his cauldron to pour lava on the floor.

When Father Ariandel and Friede's shared life gauge drops to around half, Friede will cast a healing spell. Rush over to her and attack to break up the spell, then return to whaling on Father Ariandel.

The faster you kill off this duo, the more HP Slave Knight Gael will have to help out during phase three. 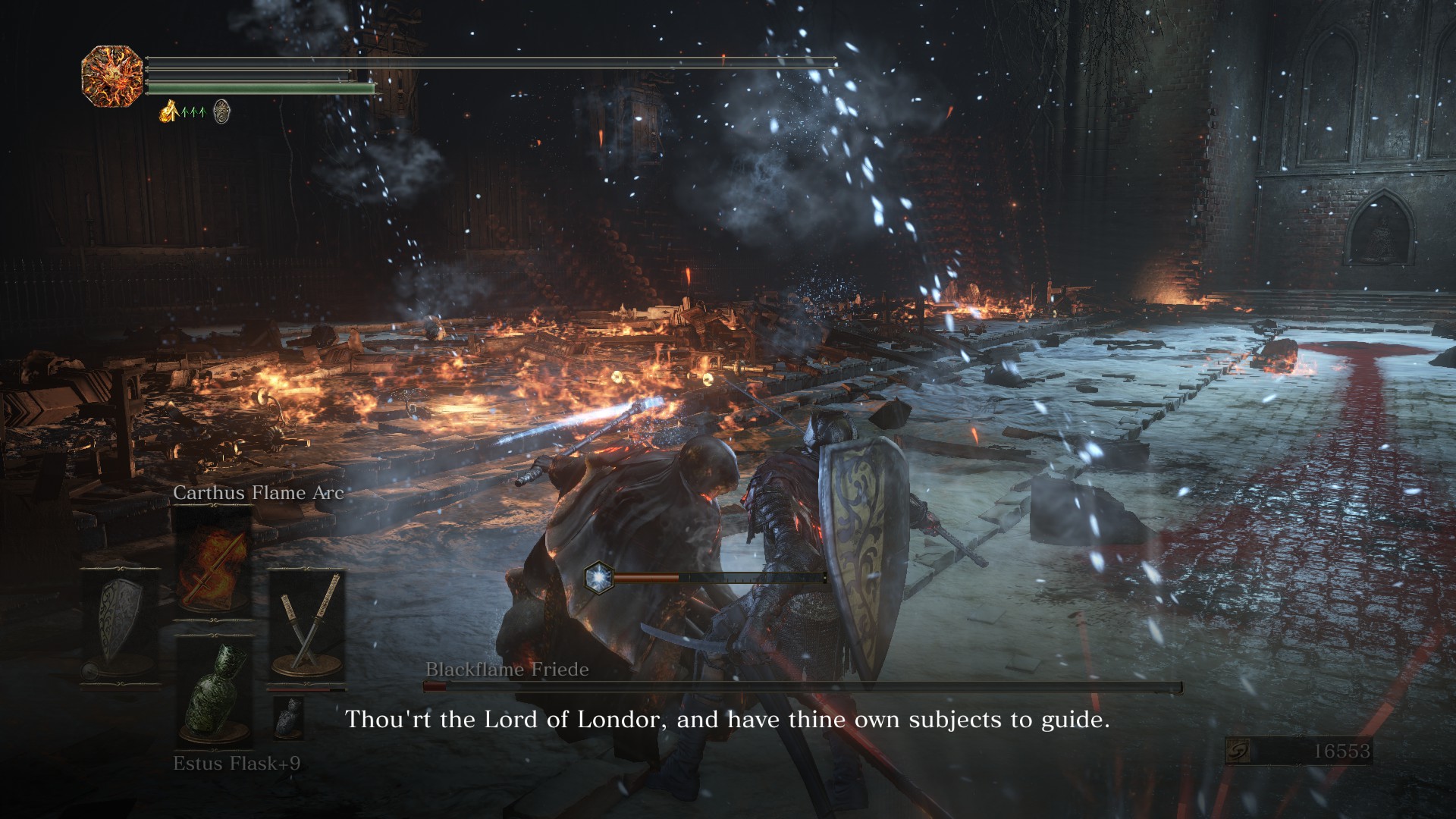 Dialogue plays, introducing you to Friede's final form: Blackflame Friede. Don't bother trying to hurt her while she rises; any damage you inflict won't count, and she'll unleashes a blast of dark magic that carves a huge chunk of HP off your life bar. Instead, use this time to heal up or cast buff spells. (You won't be able to open menus while the dialogue prattles on, so make sure consumables like Gold Pine Resin are equipped to your item slot.)

Blackflame Friede is essentially a super-charged variant of Sister Friede. She'll cast dark attacks and huge waves of frost, and fights more aggressively, executing longer combos using dual scythes. Fortunately she's still a pushover when it comes to poise: stay on her, attack constantly to break up her offense, and mind your stamina meter so you can roll away at a moment's notice.

Buff your weapon and heal when you can. If Slave Knight Gael is still alive, let him distract Blackflame Friede so you can circle around and go for backstabs. When Blackflame Friede falls, you'll lay claim to her soul, which you can transpose to craft her twin scythes by speaking with Ludleth of Courland (or his glowing remains, if you've already finished the base game) back at Firelink Shrine. 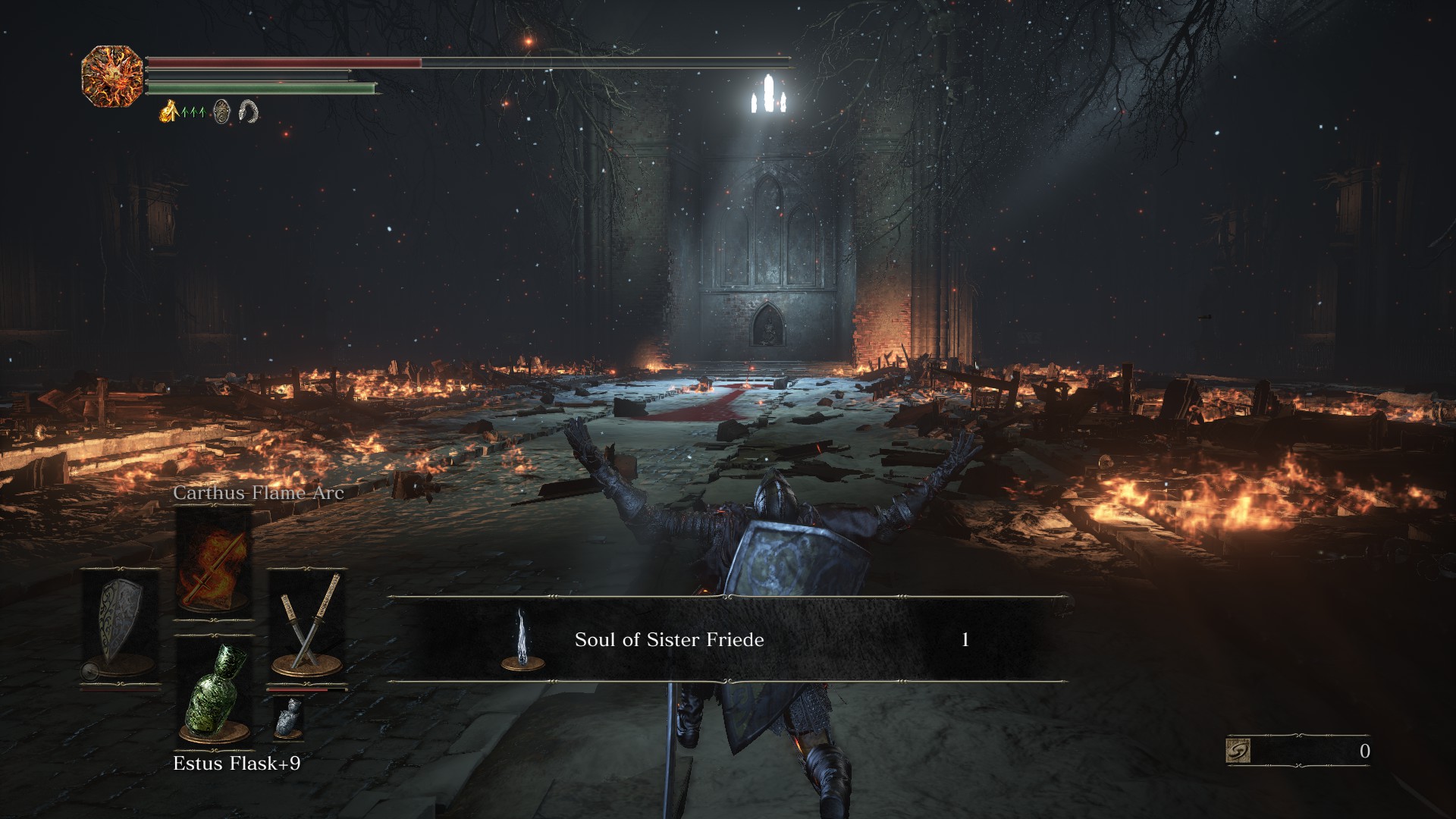