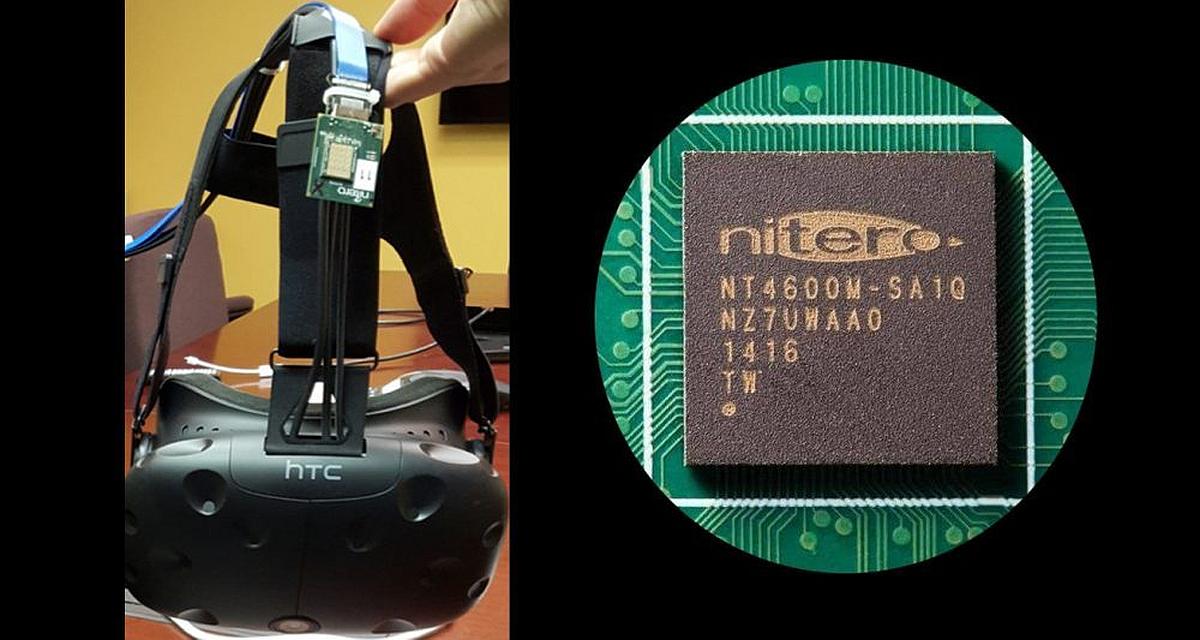 Valve is continuing to push the VR envelope, with one of its next goals being wireless solutions for the virtual reality HTC Vive headset. It already is working with Quark VR on a prototype, and now apparently invested in a company working on a 60 GHz wireless unit.

Nitero, which showed off a demo of its technology at this year's CES in January, has received a "significant amount" of capital from Valve, company co-founder and VP Sven Mesecke told Upload VR. Valve is not the only investor in the company, and Nitero is also working with 360 camera makers and peripheral companies outside the headset space, he said.

Nitero has had problems getting signal to its units in the past when the headset would lose line of sight with the transmitter, but Mesecke said the company has solved the problem with what it calls “customized beam forming” that will find the user and eliminate the need for line of sight.

The company had stated previously that it was hoping for an end-of-the-year release date, but that has now shifted to be a decision by the company's partners.

Wireless VR seems to be a next logical step for the technology to escape the cumbersome cords tying players down and limiting a wider range of motion or distance from the transmitter. It will be interesting to see which companies are able to pull off the first workable and affordable unit for the masses.