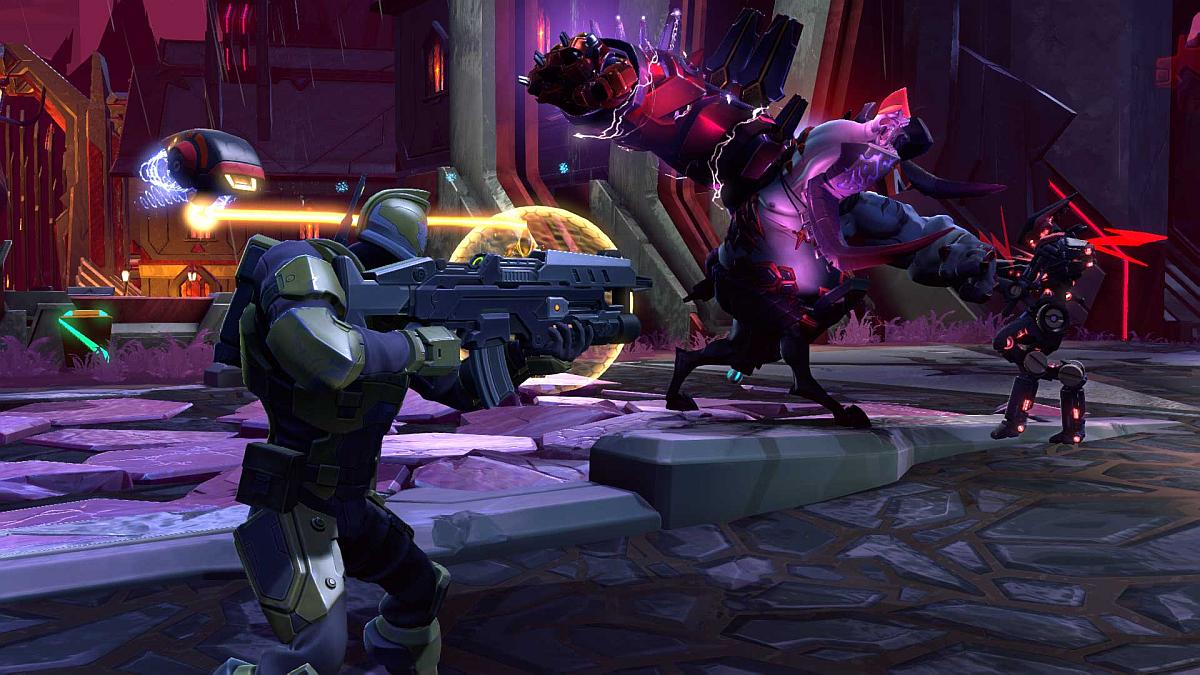 Gearbox Software continues to roll out content for Battleborn, with the latest update today bringing the new PvP Face-Off mde and a new story operation called Attikus and the Thrall Rebellion. The patch drop at 2 p.m. PT / 5 p.m. ET.

The new PvP mode, players will go 5v5 in 15-minute matches. The goal is to kill Varelsi and collect masks, with the first team to 500 declared the winner. The mode uses three Capture maps -- Temples, Snowblind, and Outback -- with some changes. Varelsi will now spawn at six different locations on a map, and collected masks will need to be deposited at a central, highly contested location.Bot matches will not be allowed in the beginning, but Gearbox may add that option later.

As for the story operation, this side story takes you to the planet Tempest and the third Thrll uprising. Players will get to experience the scenario from the viewpoint of Attikus. The mode will unlock six titles, 56 new skins (two for each current hero), three new tauts and Faction Commander Packs for reaching max score. The DLC is part of the 5-DLC season pass, or will cost $4.99 on its own.

Whether you get the new content or not, you will be getting a massive amount of changes and fixes to the game, including the elimination of freindly fire and being able to stand "inside" allied players.

Updated text throughout the title for increased clarity and consistency.