With this special event taking place for three weeks, you’re going to need to brush up on all of the new content being offered so you can plan to unlock, or earn through loot boxes, whatever it is you really want. We’re going to be showing you all of the new content being introduced to Overwatch as well as showing off videos of them in action so you know exactly what you’re getting into.

For the Halloween Terror update, Blizzard has released a total of twelve new skins for select Overwatch Heroes. Here’s the list of Heroes and the name and look of their Halloween-themed skins:

And here's a video we captured of all of the skins in action:

They say that “Heroes never die”, but it appears they’ve all kicked the bucket as every Overwatch Hero has a special “R.I.P.” Victory Pose for players to taunt their enemies with after they win their match.

Some of our favorites from this new series of Victory Poses have to be D.Va’s peace sign with something special hidden behind her tombstone, McCree telling us one last time what time it is through a simple gesture, and Reaper not accepting his ultimate fate.

Here’s a video we captured of all of the Victory Poses in action:

Every Hero in Overwatch has a new Halloween-themed Voice Line, all of which cost 75 Credits to unlock. Some of the most notable Voice Lines are Ana's "Are You Scared?", Genji's "My Halloween Costume?", Reaper's "I Work the Graveyard Shift", Roadhog's "Want Some Candy?", and Winston's "This is Not a Costume."

The lineup of new Emotes is a small one as only three Heroes have one available to earn or unlock. Ana wins "Mommy of the Year" with her Candy Emote, Reinhardt takes his aggression out on a pumpkin, and Winston shows off his skills at performing some spooky Shadow Puppets.

Just like with the Summer Games event, Halloween Terror introduces some new Sprays for each Hero as well as a number of generic Halloween sprays. You haven't lived until you've seen the character sprays for D.Va, Reaper, Ana, Mei, and Roadhog. Here are just a few screenshots of some of these Sprays, but you can see the rest in our video below: 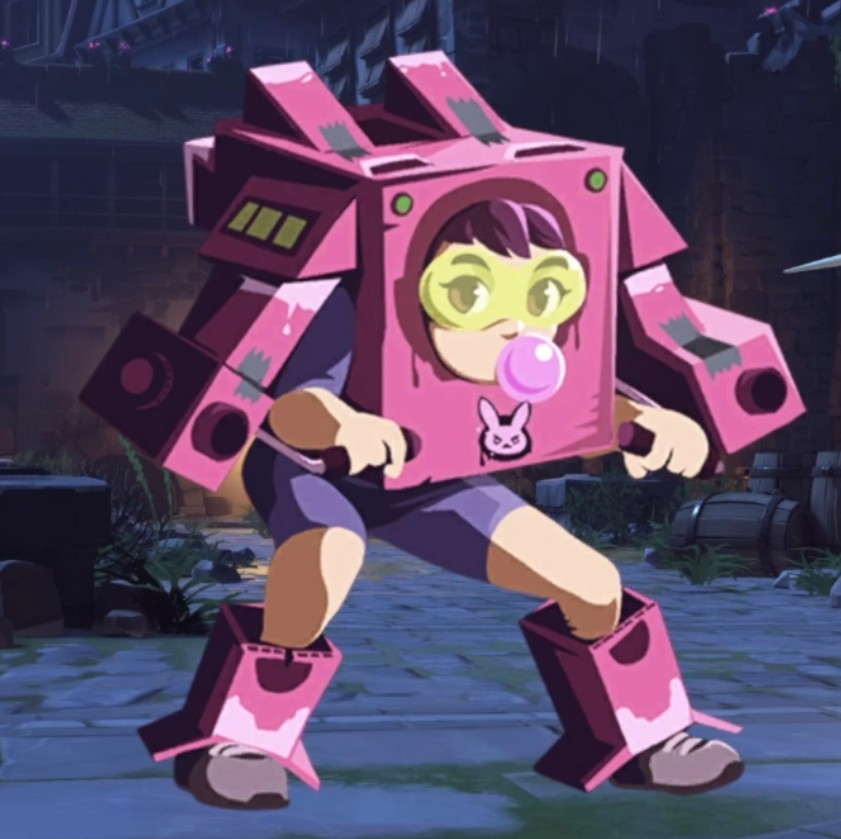 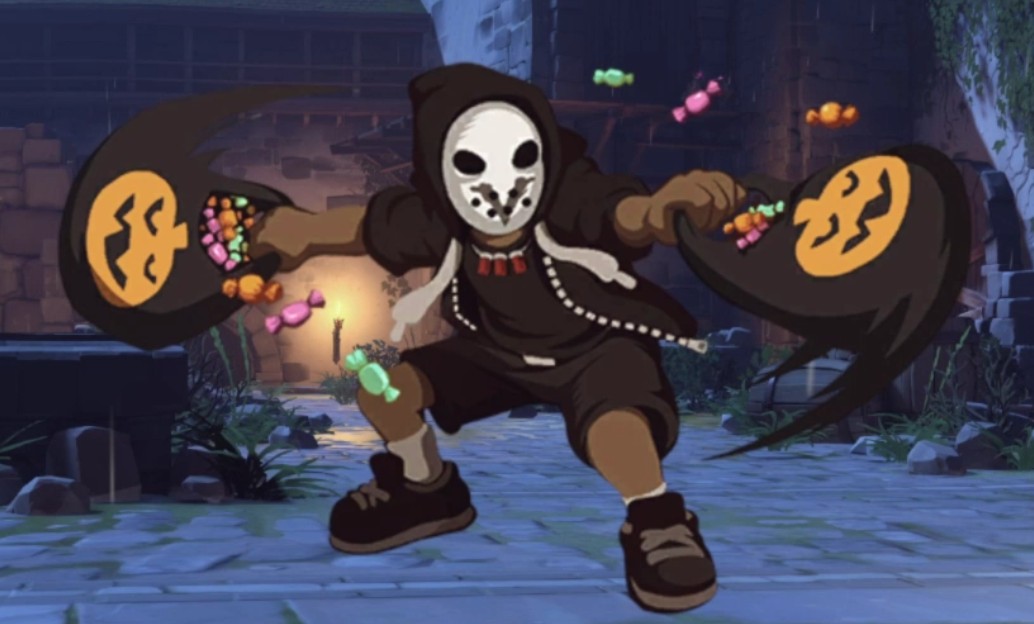 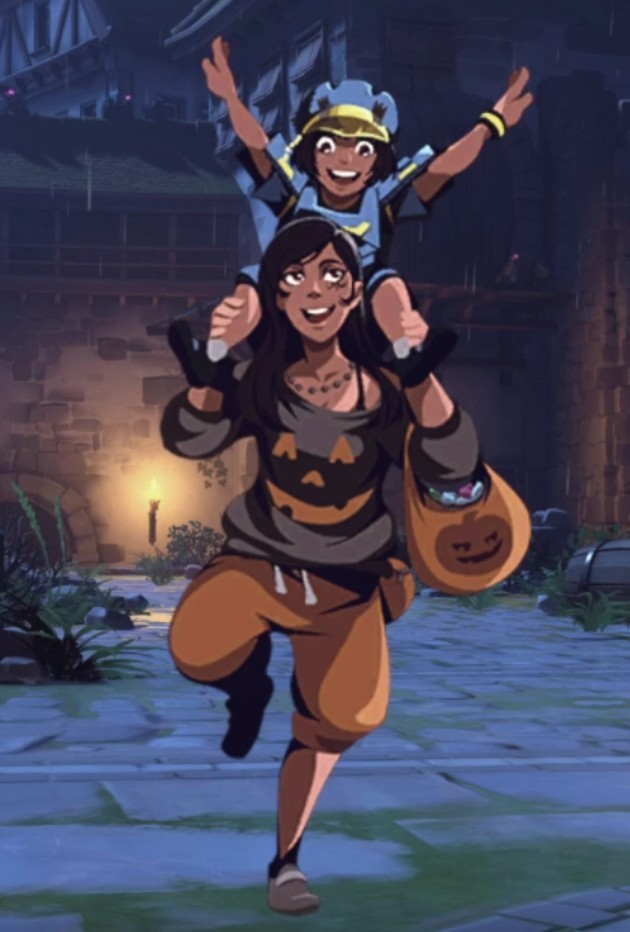 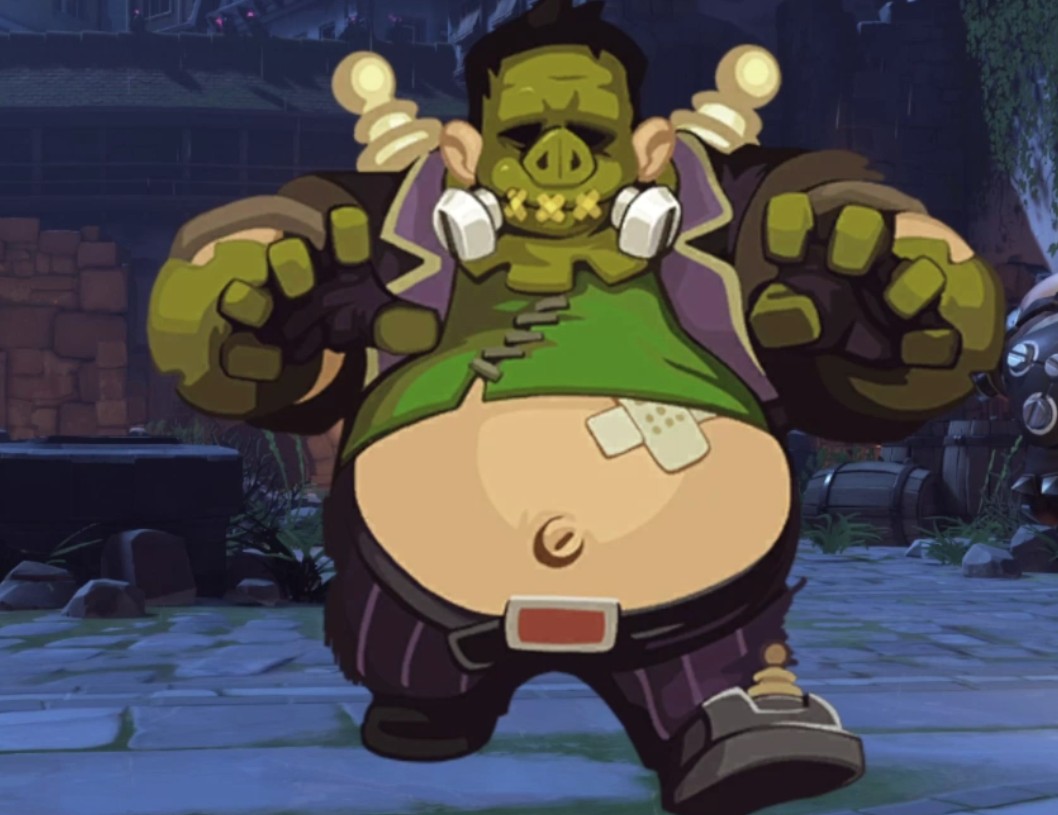 Here's another category that didn't get much love as there are only three Heroes with Halloween-themed Highlight Intros. Even though there aren't as many new intros, they're still pretty good, especially Reaper's.

The Halloween Terror update brings a special Brawl this week, called Junkenstein's Revenge. This is the first co-op Player-versus-Environment (PvE) Brawl as players will need to team up with three other players in order to face off against a number of scary enemies, including Dr. Junkenstein himself.

Players will be able to choose from the Alchemist (Ana), the Archer (Hanzo), the Gunslinger (McCree), or the Soldier (Soldier: 76) as they attempt to defend Adlersbrunn castle's doors against Dr. Junkenstein's horde.

We had a chance to play a few rounds of Junkenstein's Revenge and it's much tougher than it looks on Normal difficulty. In our gameplay video below, you can see the creations come at the castle door at a steady pace, with mini-bosses popping up in the form of Reaper, Roadhog, and Junkrat as Dr. Junkenstein himself.