It’s been nearly six months since Bravely Second released on the Nintendo 3DS in the US, but the series’ official Twitter account is celebrating the fourth anniversary of the original Japanese release of Bravely Default.

To celebrate the fourth anniversary of Bravely Default, its series’ official Twitter account released a special illustration of Edea Lee wearing a special outfit to help commemorate the major milestone. Below Edea, we can see chibi versions of Agnes Oblige, Tiz Arrior, and Ringabel sitting next to her legs. 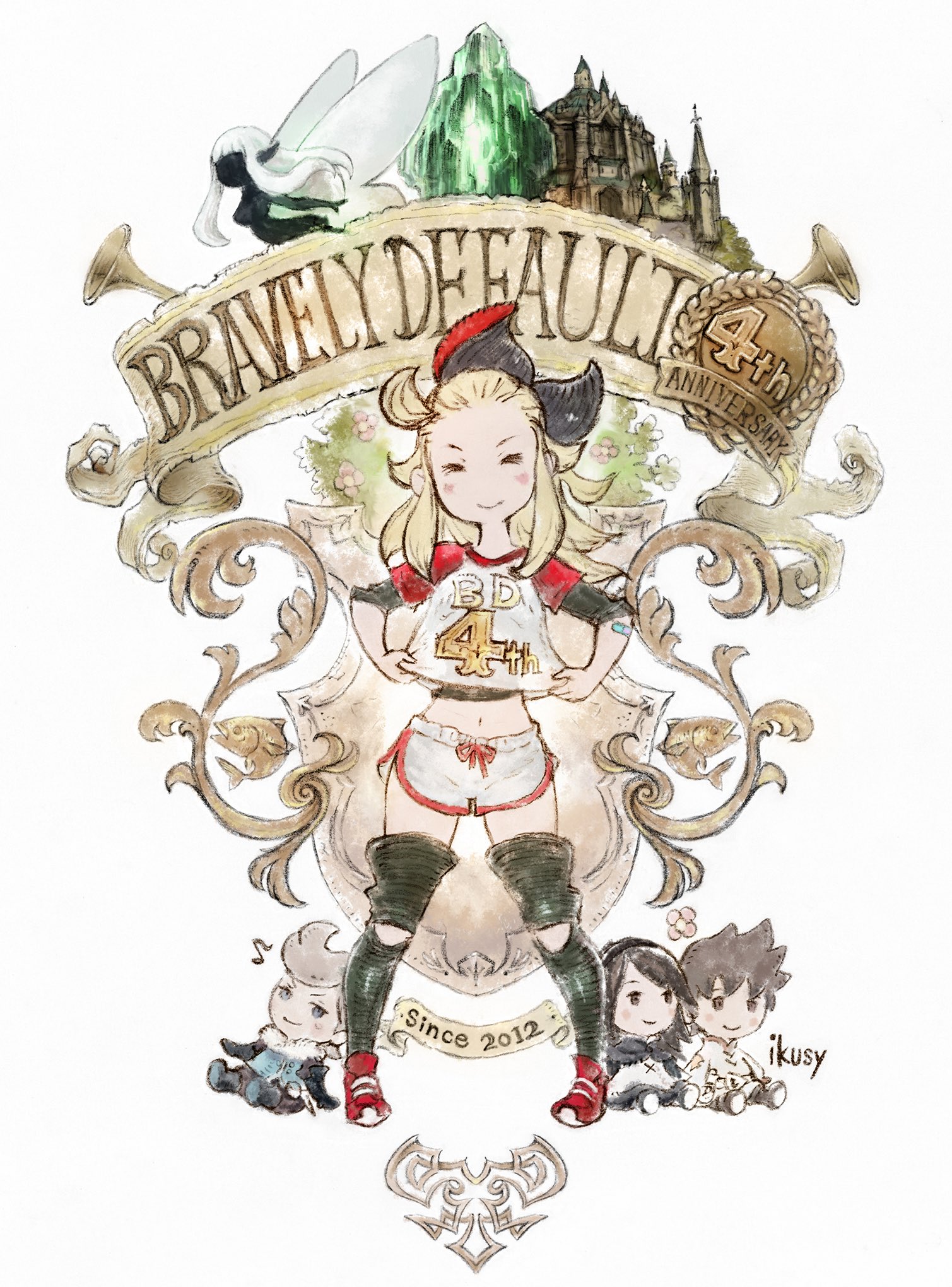 In addition to the illustration, the series’ Twitter account teases an upcoming announcement, which Gematsu translates. “It’s Bravely‘s four-year anniversary! We apologize as news has been scant recently. There may be something soon….!?”

It’s undeniable the Bravely series became extremely popular with the release of Bravely Default back in 2012. Since then, there has been a PC browser game, a smartphone game, an update to the original game called “Bravely Default: For the Sequel”, and an official sequel, Bravely Second: End Layer. We’re sure Square Enix has more Bravely in them, so we’re hoping whatever this tease is turns out to be another official sequel.