Daydream View is Google's foray into the VR jungle

Google is jumping in feet first into the virtual reality scene, announcing its first ever VR headset called the Daydream View.

The unit, which can be powered by an Android phone, comes in about 30 percent lighter than the competition, and fits over eyeglasses, which is good news for those without contacts. The unit will also be covered in a fabric, coming in snow, slate and crimson colors, although slate will be the only color at launch.

Unlike the Gear VR, which has the phone working in conjunction with the headset, the Daydream View lets the phone power the experience. The phone will just slot into the headset, and its own software and display will run the experience. This also will keep the until price down to a managable $79. Google's new Pixel phone will run Daydream, but Google did not reveal which other Andorid-powered phones would run the unit.

A simple controller will also come with the Daydream View, complete with a variety of motion sensors and a few buttons. The controller can be stored inside the headset when not in use.

Google said that the Daydream will be able to play Google Play and YouTube movies, and they have been working with Netflix and Hulu to bring their libraries to the set as well. As for games, Google announced that Gunjack from CCP will be compatible with the headset, and that the Fantastic Beasts "experience" from the Harry Potter universe is coming. The company promised more than 50 VR compatible apps before the end of the year.

The unit will release sometime in November. 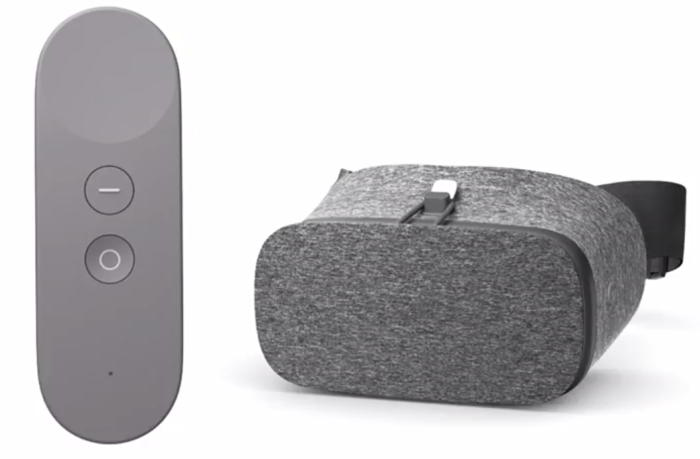