The dataminers are at it again, and apparently, they have unearthed the names of the Battlefield 1 multiplayer maps.

Again, as of now, there is no official confirmation, but everyone loves some good conversation and speculation, right?

The open beta ends today, and we have some impressions from it. The game will come out on October 21 for PS4, Xbox One and PC 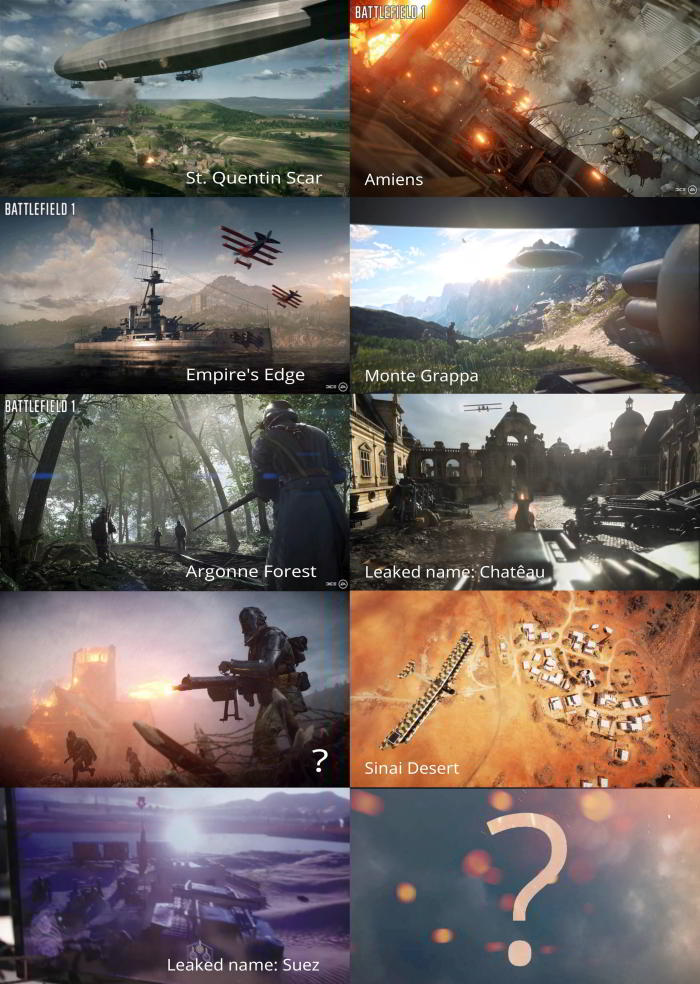