Sword Art Online: Hollow Realization gets November release in US

Today’s announcement includes additional details surrounding the game’s Skill Tree System and Cosleeping Events. The Skill Tree System allows players to improve their skills as they progress through the game. A number of skills’ families will be available to upgrade, such as the Sword Skill and the Battle Skill. Each new skill will help players improve their battle abilities, with some abilities in the Extra Skills family allowing them to fine-tune how they want to play.

Cosleeping Events allows players to improve their relationships with their party members by having lengthy conversations with them while lying down in bed with them. In other words: the game now allows you to have those deep and meaningful conversations you’d usually have with a loved one with video game characters. 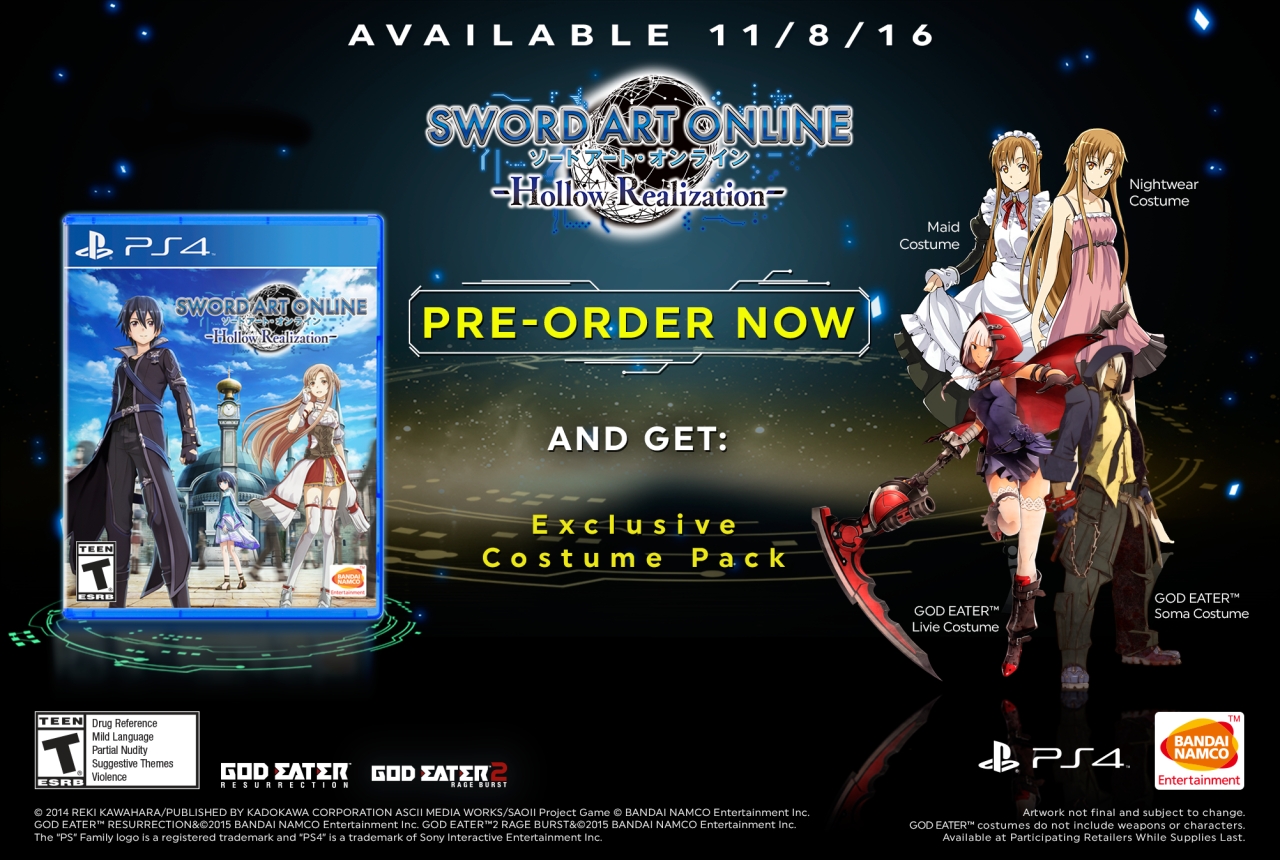