Deus Ex: Mankind Divided: How to Successfully Survive in the Breach

Featuring the same combat style and similar upgrades to the core game within Deus Ex: Mankind Divided, Breach is essentially a collection of challenge maps framed within the fiction of the player being a digital manifestation on a mission to steal corporate secrets from protected servers.

It uses the same cover and stealth mechanics as Deus Ex: Mankind Divided, but places a slight amount more emphasis on being fast and effective with your movements in order to rack up points and complete levels in the fastest time possible. To help you maximize your time in the breach, here are a few useful tips for beginners. 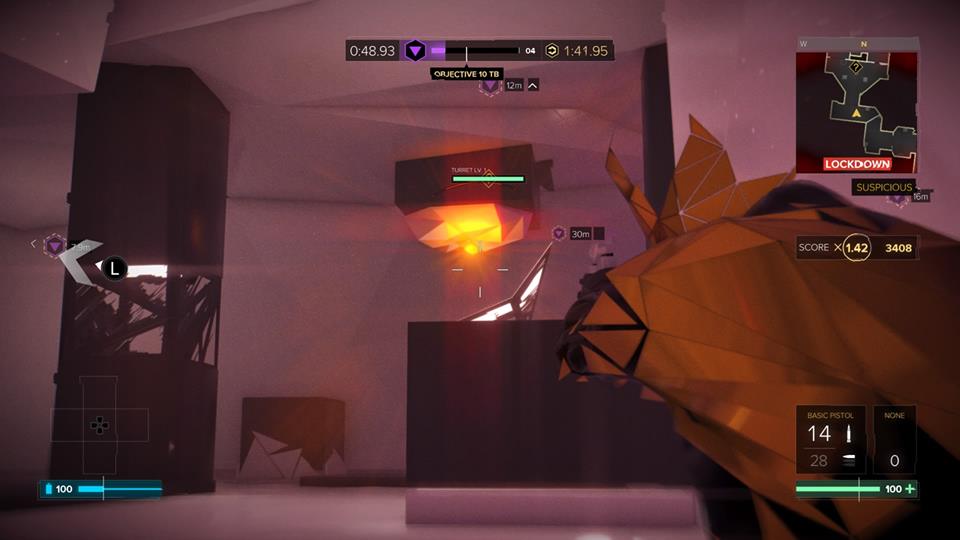 Breach’s many levels are definitely meant to be played over and over again in order to obtain the best possible run. When you’ve completed a level, don’t be afraid to hit that replay button to try and shave off a few seconds on your run. Study the map shown at the start of each level and attempt to plan out your moves accordingly to execute with the least amount of trouble. There’s a chance you could be immortalized on a leaderboard if you can really rise to the top. Plus, the better you do, the more points you’ll gain, and the more you’ll level up. It’s a win, really. 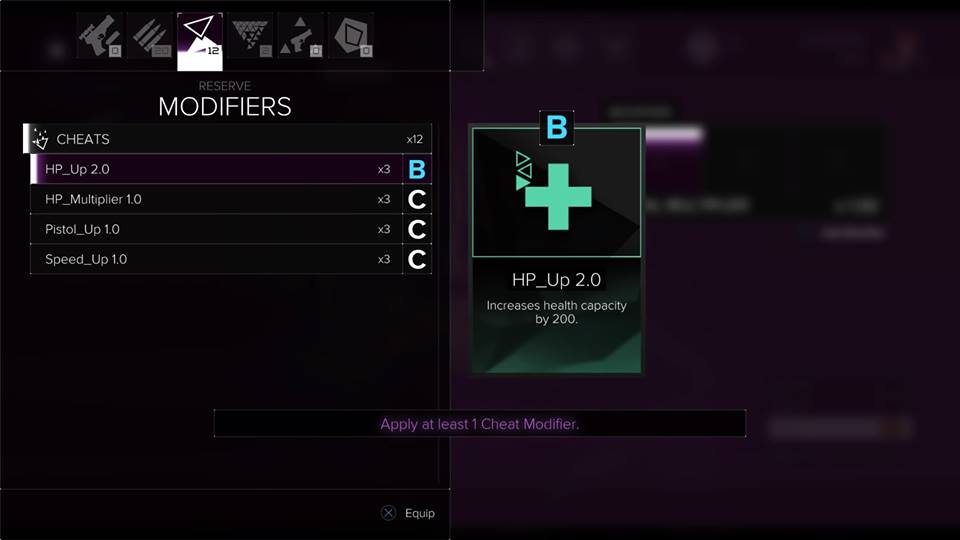 The mechanic set of Breach is basically the same as the one found in Deus Ex: Mankind Divided, all the way down to augment upgrades and the available weapons. Keep this in mind as you go into each level, and always take a minute or two to manage your loadout inventory and make sure you have the best tools for the job. This includes things like weapons, ammunition, health packs, and other items and abilities you can use to deal with the different enemies and obstacles in your way. It’s easy to ignore your loadout, but it’s recommended to pop in there before each mission, see what items you have accrued through the rewards from completing each level--known as “booster packs”--and drag them in for future use. Be warned, your inventory space is limited, so it’s imperative you make wise decisions. 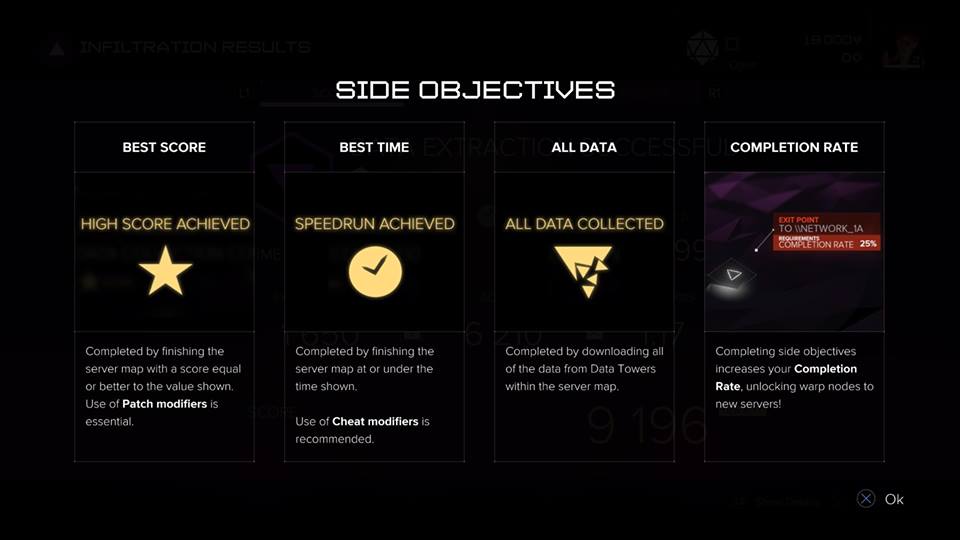 Most missions will be structured around the objectives of either downloading all information possible, while others will require your character eliminates all enemy threats from the level. Either way, there will always be little side objectives the player can strive for to obtain higher scores and a better completion rate, which will in turn open up additional levels/server nodes.

These side objectives include Speedrun (going as fast or faster than the posted time), collecting data from every single available server within the time limit, and obtaining the highest score by surpassing the posted number, much like successful speedruns. In order to obtain these, it’s best to manage upgrades and make sure they coincide with the objective you’re trying to achieve. Speaking of upgrades… 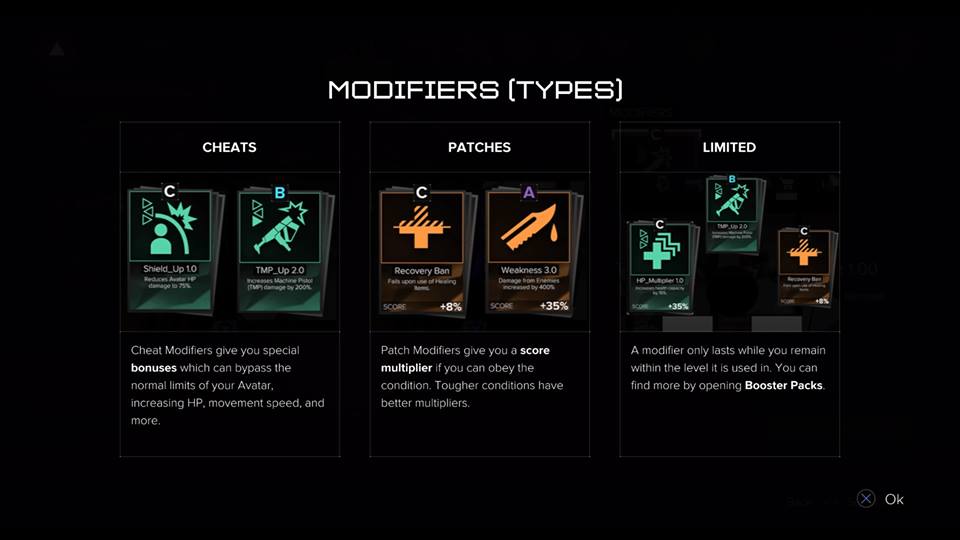 Breach features a number of upgrade options ranging from augments to modifiers.

Much like the core game of Mankind Divided, augments give your character new physical abilities like double-jumping and a focus ability that slows time to allow for more shooting precision. These are bought using Praxis points, which are essentially skill points like those found in a conventional RPG, and they vary greatly in purpose and application.

Additionally, there are several modifiers that can be obtained in booster packs and used to help give the player an advantage. These include Cheats, which bypass the character’s normal abilities and allow for increased health, movement speed, and others. Patches are handicaps that make the level harder by limiting health, etc., but also act as a score multiplier and reward the player with additional points for successfully navigating the challenge. Finally, Limited modifiers give the player a buff that lasts for one round only and provide advantages for health, movement speed, damage, and others. Limited modifiers are accessed through Booster Packs rewarded to the player at the end of a level.

Knowing the difference between each modifier and augmentation can be a big help toward customizing your character into the ideal avatar for the job. Consider each application carefully when setting up your loadout. 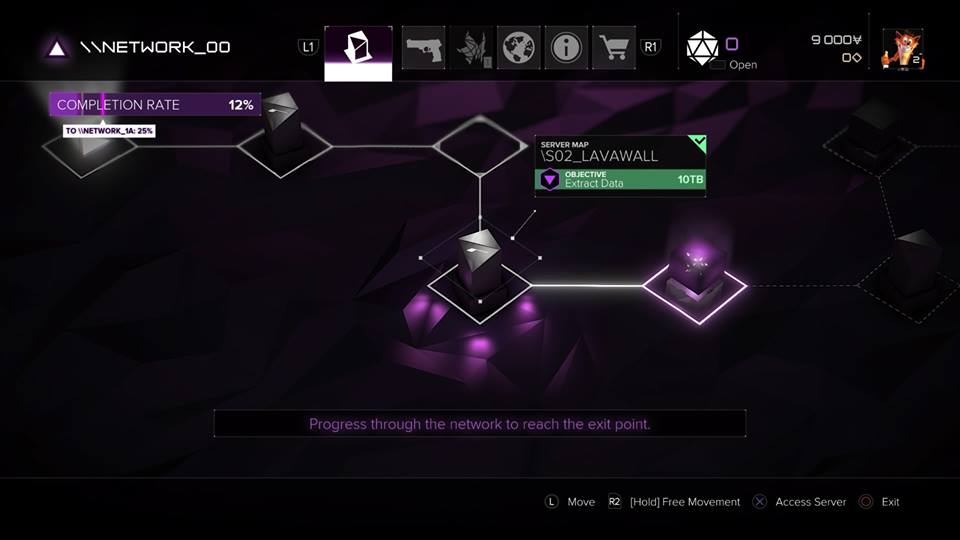 Breach is essentially a vehicle for free-to-play mechanics. It features booster packs used to accrue weapons, modifiers, and ammunition, which can be purchased using the game’s base currency known as credits.

Its second currency type, chipsets, are much more rare, but can be used to purchase more powerful booster packs, custom weapons, and other more powerful items for use in the game. These are most easily purchased using actual money and come in varying quantities for $.99, $4.49, $7.49, and $29.99. Booster packs are rewarded during Breach’s core progression path, but it’s wise to pay attention to the credits earned so you can use them to further build your character into a powerful hacking machine.