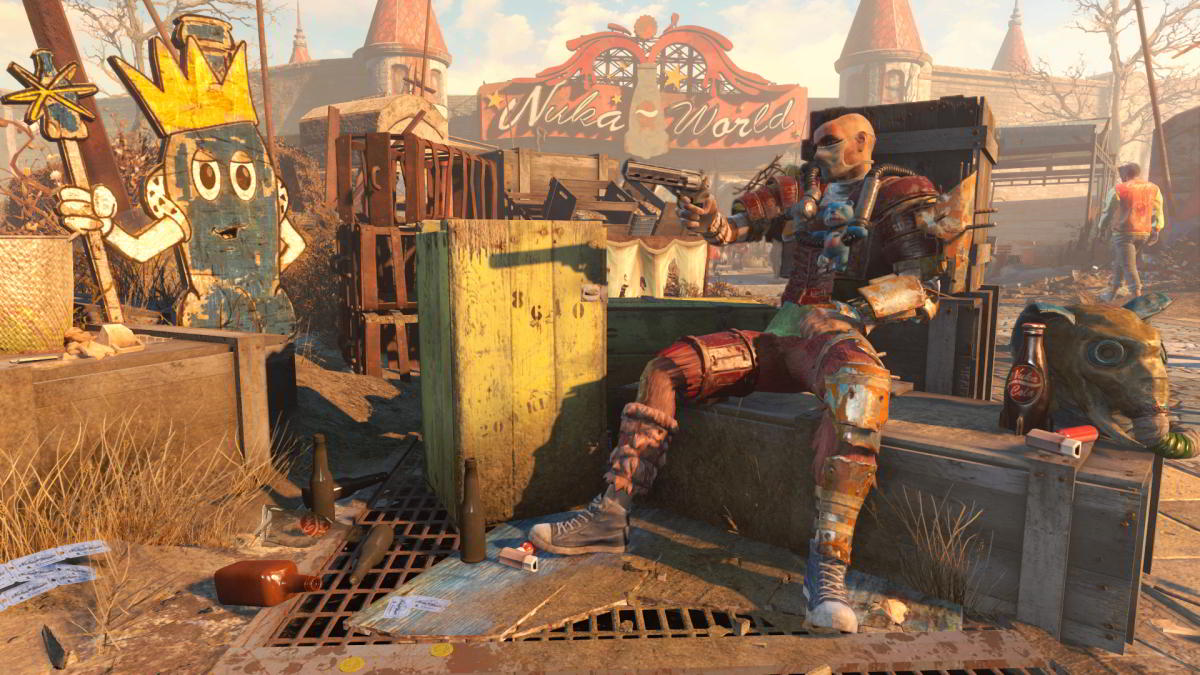 Fallout 4's 1.7 Update is now live for PlayStation 4 players, prepping thta game for the final Nuka-World DLC coming at the end of this month.

The update, which launched on PC on August 12 and Xbox One last week, gives PS4 players the ability to delete add-ons without doing a full uninstall. However, while Xbox One and PC players continue to enjoy mod support - the update fixes several issues for those players - Betehsda is still working with Sony to get mod support working on the PlayStation console. No release date has been announced.

In the meantime, here are the pacth notes. Feel free to take some guilty pleasure in the fact that you can now kill the annoying Marcy Long:

Mod Fixes (PC and Xbox One only)