Titanfall 2 may be remembered for Respawn's attempt to inject story into its FPS series. After being criticized for not offering any kind of solo mode in the original game, the campaign is looking like it could be one of the most interesting additions to the game. But while that's all well and good, this is still a Titanfall game, which means a lot of eyes will be on the game's multiplayer, especially with the game's Multiplayer Technical Test set to kick off this weekend.

The original Titanfall innovated by offering a sense of total war. There were human pilots duking it out with other pilots, mechs clashing with other mechs, and the occasional pilot trying to be a hero by taking on a giant machine by himself. On top of that, though, there were also AI grunts that were tied to earning a Titan, which not only allowed players to earn their heavy artillery, but also gave a sense of accomplishment to even the lowliest novice. Sure, they might get beaned in the head by an enemy pilot, but there are always those AI soldiers to pick off. Look at that novice assist in the war effort! 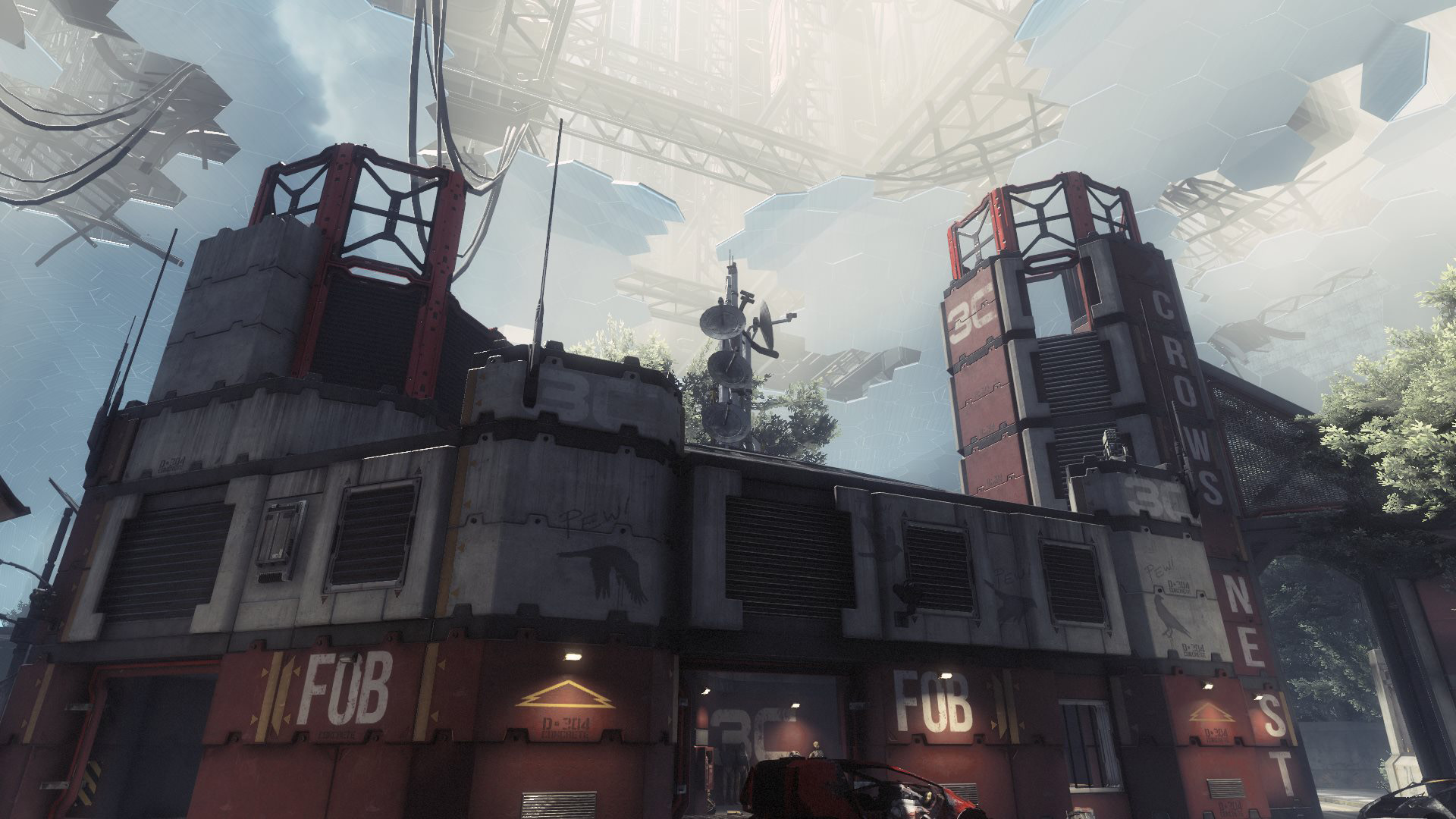 While Titanfall 2 will likely feature something similar to that Attrition mode, Shacknews had a chance to go hands-on with a few different game modes. However, regardless of whichever game mode was running, there was something noticeably different about pilot control. While the original game had a greater sense of locomotion, Titanfall 2's pilot movement feels slightly slowed. This is to allow for a more "predictable" style to allow for teamwork. That's not to say locomotion is completely out the window, because some pilot layouts will include a new grappling hook that allows for more rapid traversal. But those used to the swifter pilot movement of the original Titanfall may need a few games to adjust to the new, more methodical pace.

Respawn is aiming for teamwork with Titanfall 2's new game modes and that shows with Bounty Hunt, a 6v6 mode that sees two teams looking to take out waves of AI soldiers. The object is not only to take out marked enemies and collect the bounty on each one, but the idea is then to cash in your bounty by making a deposit at a designated bank in-between waves. Where things get hairy is that the enemy team can pick off pilots to steal their bounty for themselves. Strategy comes into play, as teams must determine whether they want to stick together and collect as large a bounty as possible, or hang back and simply guard one of the banks and pick off any poor sucker right before they can make their deposit. Bounties will grow as the game progresses, especially as a bounty Titan with a huge bonus attached takes the battlefield. 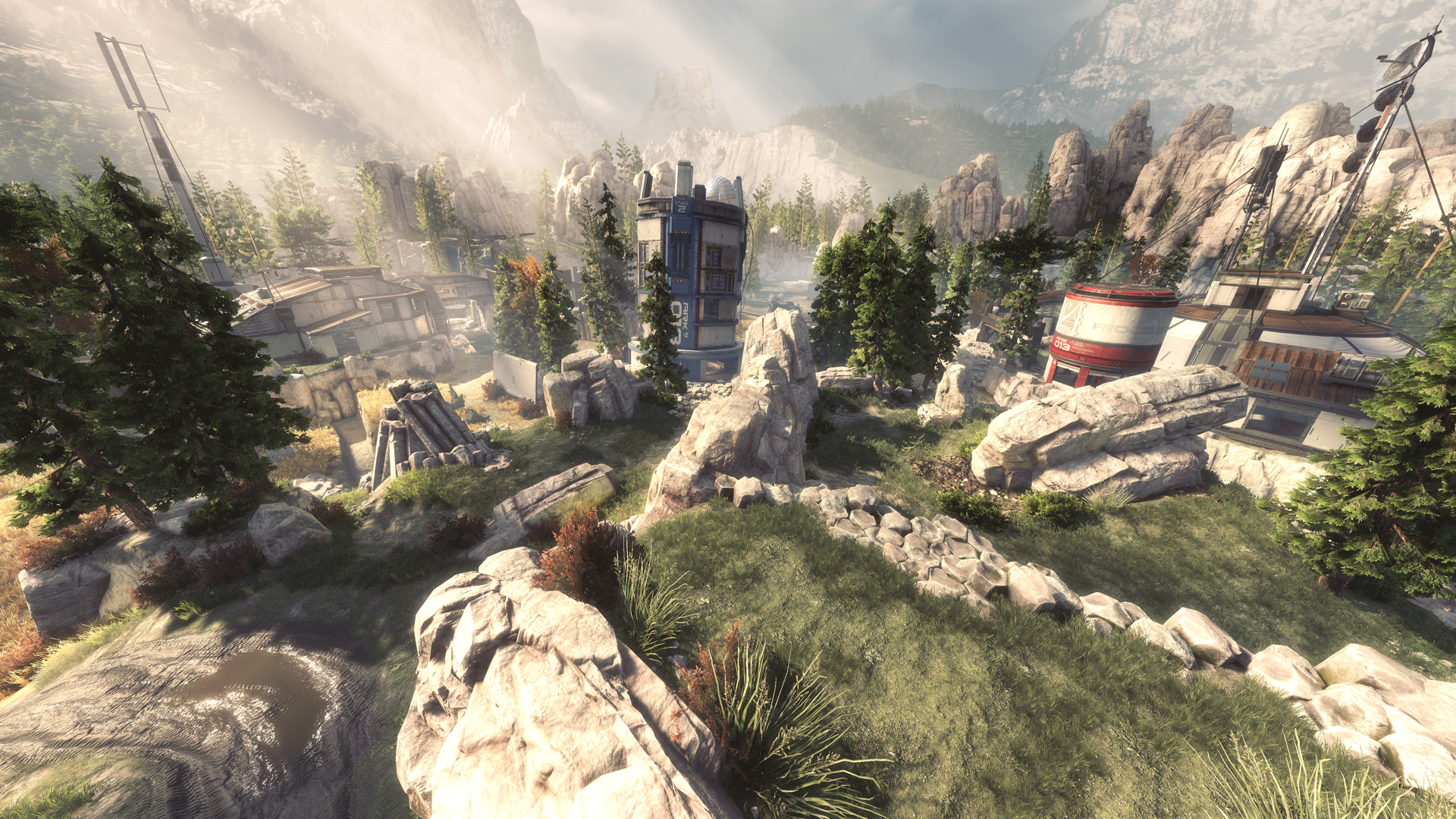 Those looking for more finesse-based multiplayer can look forward to Pilots vs. Pilots, which leaves the Titans in their hangars. This was where the two maps at the event took center stage. Boomtown is an urban city-turned-warzone, offering pilots ample opportunities for clashes inside buildings, with a massive satellite placed along the center of the map. Homestead offers more of a wide-open field area with only a couple of structures, offering less room for wall-running and focusing more on traditional combat. Here, more battles will unfold along the central riverbed. This is where players can get used to the aforementioned movement changes.

An improved Hardpoint mode (called Amped Hardpoint) was on display last, requiring teams to not only capture points and hold them, but also capture them for a second cycle to overcharge them and earn even more points. This mode was as good a place as any to try out some of the newer Titans. Scorch is a fiery mechanical beast that's focused on crowd control through the use of flamethrowers and thermite. While it doesn't pack as much of a punch as the average Titan, it can be a nightmare for Pilots if Scorch ignites the ground around them. The other new Titan on display was Ion, which focuses more on offense and boasts a special ability that allows it to fire out an Iron Man-style unibeam from its chest. As with pilots, Titans can also earn upgrades over the course of the game as the player levels up, which will help with both enemy Titans and also with pesky pilots that will often try and rodeo you whenever they get a chance.

Respawn is also looking to help build communities with Titanfall 2, which is why the game will introduce Networks. With the goal being to push the social experience, Networks will allow users to create searchable groups of unlimited sizes. Network groups will be able to send text and voice messages to one another, as well as party up or send group-wide invites. Those looking to run Network groups themselves will be able to conduct admin duties through the Titanfall 2 website. For those concerned that a Network group will wane over time, players will be allowed to join multiple Networks at once. While Respawn didn't go into further detail on Networks, the studio noted that they're aiming to show off the concept over the course of the Multiplayer Tech Test.

Players will get a chance to try out the Multiplayer Tech Test for themselves starting this weekend. It'll run on Xbox One and PlayStation 4 from August 19-21 with Bounty Hunt and Pilots vs. Pilots on Boomtown and Homestead. A second weekend, set to run from August 26-28, will toss in the new Amped Hardpoint mode, along with a third map called Forward Base Kodai.