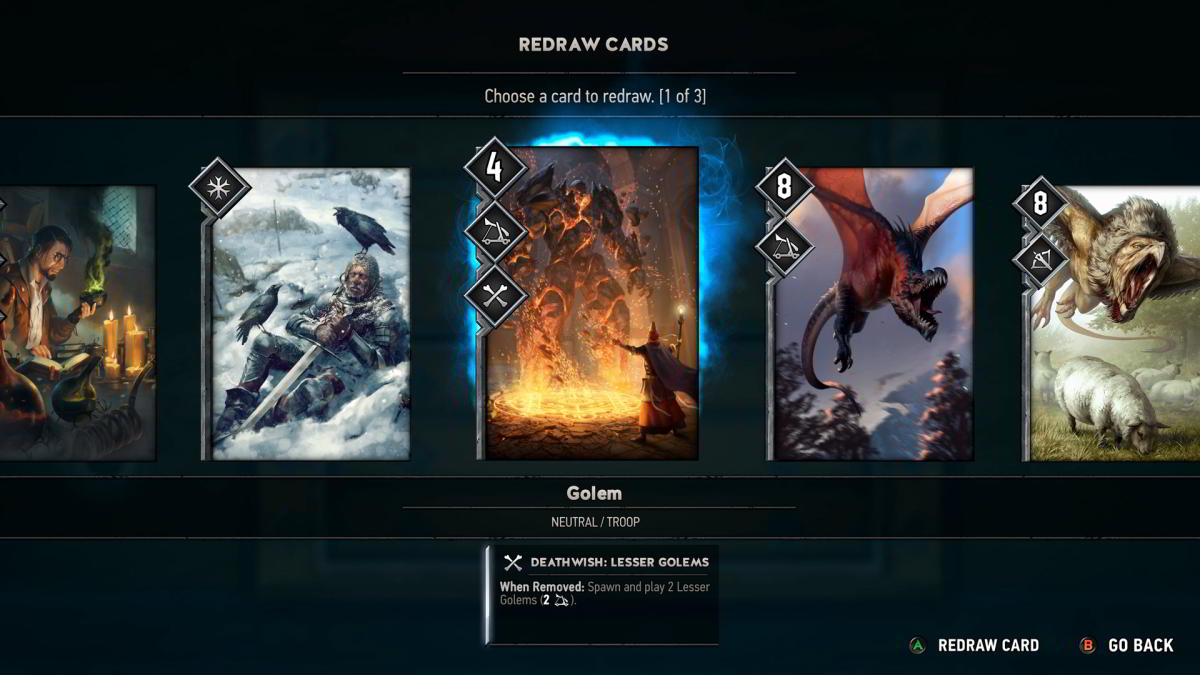 CD Projekt RED dropped a relatively unsurprising tidbit on everyone at E3, announcing that the Gwent card game in the Witcher 3 would become its own standalone game. Players were supposed to get their hands on it in beta form in September, but that's not going to happen now.

"Unfortunately, we feel we need some extra time with the game before we hand it off to you for testing," Senior Social Media and Community Coordinator Marcin Momot said on the official site. We know we can make a first impression only once, and want to be sure everything is ready before we blast off. Delivering a good game is more important to us than keeping a deadline. Still, that doesn’t mean we don’t realize that delays can be disappointing, and we apologize for making you wait."

The new beta date is scheduled for October 25. YOu can still register for the beta if you haven't already.

The team still plans to show the game off at GamesCom in Germany later this month. “GWENT was made because of the amazing effort of The Witcher community -- we’ve received tons and tons of messages to make a standalone version happen and now we finally have the chance to show GWENT to the public for the first time," Momot said.