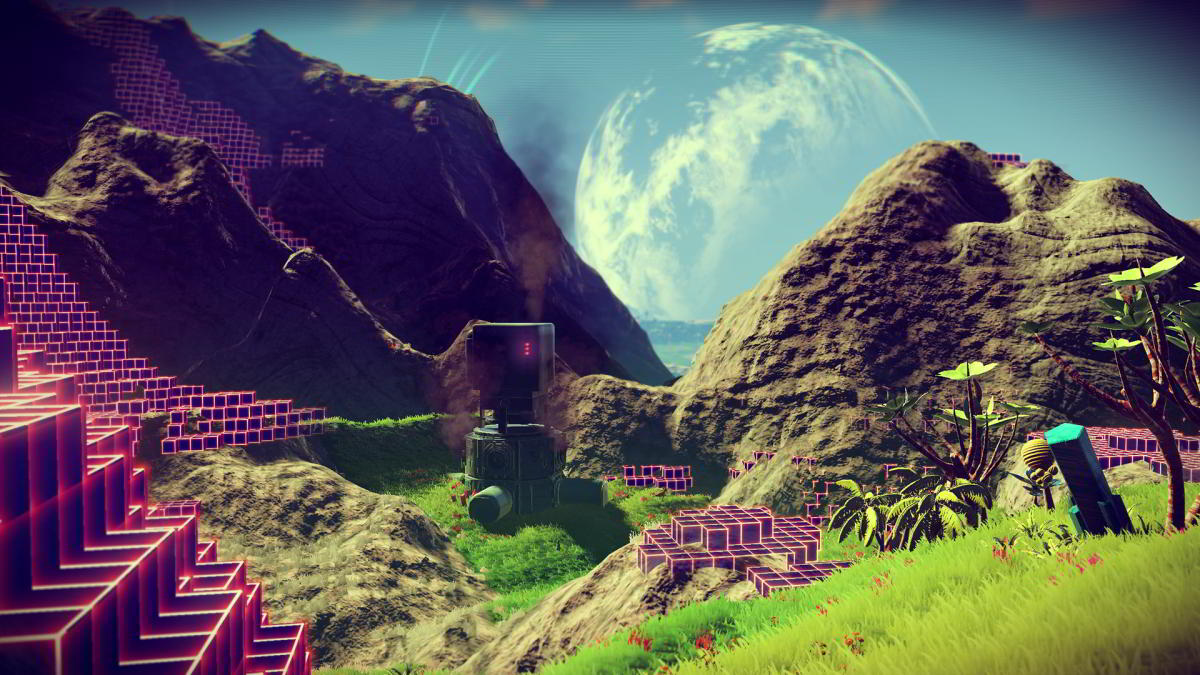 No Man's Sky is still more than a week from launch on PlayStation 4 (a bit longer on PC), and already someone has made it to the center of the game's massive galaxy. Of course, this someone is the redditor that dropped $2,000 on a leaked copy of the game.

In a thread full of spoilers on reddit (which has since been locked), user daymeeuhn says it took him about 30 hours to get to the center, without so much as a trophy to mark the accomplishment. He said he did not intentionally do a speedrun to the center, nor cheat his way there. "I have done A LOT of what the game has to offer. I actually intentionally took time out of my warp jumping over the course of going to the middle to explore planets to break up the monotony of it. This does not mean I have done all of the major events, however."

He did find an item that can be sold for a lot of money in-game, which he then used to purchase ship upgrades to speed up his travels. He found - and sold - the item several times, making sure to note that it was not an exploit, but something that is specifically in the game and designed to be found and sold. He also found lots of free fuel.

Daymeeuhn said the game has several bugs that he hopes are fixed before release.

Hello Games boss Sean Murray has asked fans to stay away from anything Daymeeuhn has posted regarding the leaked copy so they don;t spoil the game for themselves. Reaction from those who posted in the reddit thread have been mixed between disappointment and renewed enthusiasm for the game.

No man's Sky is slated for an August 9 release on PS4 and August 12 on PC.