Welcome to another week of our new bi-weekly breakdown of the best, worst, weirdest, or other-est of video games. Once again, we locked our staff into a room filled with room temperature tuna salad and forbid any of them to leave without agreeing on this week's list of Nintendo's ten most innovative products.

Digital games are not as recent an innovation in the console space as you might think. Ironically, it was Nintendo, the company most often accused of being behind the online curve, that spearheaded one of the earliest attempts at digital distribution. Released in 1995, the Satellaview was a satellite modem manufactured by Nintendo for the Super Famicom. During scheduled times, a special segment called Super Famicom Hour aired over the satellite. Satellaview users could log in and download games to the peripheral's internal memory or a separate Memory Pak.

The lion's share of Satellaview's games were made by Nintendo, which shouldn't come as a surprise to any of the company's stalwart defenders since the N64 era. BS Zelda (short for Broadcast Satellite), a remake of the 1986 NES classic using assets reminiscent of A Link to the Past, is perhaps the most famous. There were three BS Zelda titles in all, and they were only playable during Super Famicom Hour broadcasts due to their reliance on data that had to be streamed instead of stored locally.

As there was no equivalent satellite broadcast service in other territories, Nintendo never brought Satellaview to the US.

9. The Wii Balance Board

The Wii Balance Board was yet another example of how powerfully popular Nintendo’s Wii console became after its release. An exercise peripheral, it managed to motivate people toward adopting a more fitness-centered lifestyle and appealed to demographics not previously reached by a gaming console. There have been many fitness games before and since, but Wii Fit was a phenomenon unto itself and further proof that Nintendo’s strengths lie in appealing to a wide audience comprised of experienced and more casual users.

Nintendo Power certainly wasn't the first video game magazine, but it was a savvy marketing gimmick that combined editorial content and advertising. In an era when Nintendo ruled console gaming, it was the premiere fan resource--full of detailed maps and strategy guides, giveaways, and early access previews. It even hosted special sections like a memorable Link to the Past comic that was recently immortalized in trade paperback. It ended its run in 2012, but for many in the 80s and early 90s, it was a game-changer, and influenced similar efforts from the likes of Xbox and PlayStation.

The Legend of Zelda was unlike any other game of its time, in one way more than any other. Unlike coin-op games like Donkey Kong, it could not be finished in a single setting. That was no big deal in Japan. Zelda—known as The Hyrule Fantasy—was released for the Famicom Disk System, and players could save progress directly to the game disk. That presented a problem outside of the east. The Famicom Disk System was deemed a failure and never released in America, and cartridges possessed no inherent mechanism to write data.

Enter internal batteries. No bigger than a button, batteries could be soldered onto a cartridge's internal chip and used to hold player data. Of course, the NES lacked the functionality to write to media. Nintendo's solution was to produce a memory management controller, or MMC chip. Grafted onto cartridges, MMC chips augmented the NES by adding features unavailable from the base hardware. Nintendo's MMC1 chip worked in tandem with Zelda's battery to let players save and restore game progress. (As an aside, it also let developers scroll the screen more directions than from left to right, which is why early titles such as Super Mario Bros. barred players from going back to pick up items they missed.)

When Nintendo's beloved franchises made the leap from 2D worlds to expansive 3D landscapes, it was absolutely mind blowing. For the first time in our lives, we could control Mario as he interacted with an entirely new world, one where we could rotate him as we pleased, and it was a complete and total game changer. What initially seemed like a fanciful experiment eventually transformed into the norm for the genre, spawning memorable landmarks of the video game landscape for the next few years. If you love a modern 3D platformer, you owe it to Nintendo for making it possible.

As iconic as Nintendo’s consoles have become over the years, no one can deny the company has single-handedly dominated the handheld market with for decades. It all started with its first handheld, Game Boy, which debuted in the US in July 1989, and continued for over 25 years, the most recent handheld being its New Nintendo 3DS.

What made its handheld systems so desirable was the countless ways Nintendo was able to use its new technologies to its benefit. With each new handheld, Nintendo had several games in the pipeline that would take advantage of what made it so special. For the Game Boy Advance, it brought 16-bit games to your pocket, while its NIntendo DS introduced dual-screen play. Its most recent handheld line introduced 3D gameplay without having to wear glasses. With rumors of the Nintendo NX ability to be portable, we can’t wait to see what the company has planned for the future of its handheld business.

The Wii’s motion controls demonstrated Nintendo’s power as a trend-setter. Through the Wii’s booming success, Nintendo was able to widen the reach of its targeted demographics and forced the hands of both Sony and Microsoft, who later followed Nintendo’s lead by introducing their own motion-controlled peripherals in the Move and the Kinect. Motion controls remain one of the least-realized aspects of gaming, but to deny the power of the Wii’s implementation is ignorant of Nintendo’s abilities to shape the market after its unique ideas.

After conquering the challenge of easy, intuitive directional control in the 8-bit era, Nintendo managed to do it again. The leap to 3D space presented a design challenge for the old D-Pad. By miniaturizing a joystick, Nintendo revolutionized how we interact with games all over again. The move granted players incremental degrees of movement, no longer tied to the binary on/off input of the pad, and let players control it with a single finger. The world of 3D gaming wouldn't be the same without it.

The next time you need precision controls when it comes to your favorite game, thank Nintendo for introducing the D-Pad, replacing frustrating wheels, joysticks and less reliable controls for the foreseeable future. What would a game of Mario be without edging back and forth to make that blind jump or entering the Konami code in applicable games? It's all made possible by that cheeky little directional pad that lets us make things that we previously couldn't happen. The next time you decide you want to go right or left or up or down without having to tilt a joystick in that direction, thank Nintendo.

The video game crash of 1983 left consumers dissatisfied and mistrusting of video games, after Atari's relatively open platform allowed developers to flood the market with poor quality shovelware. Nintendo developed its own NES lockout technology in tandem with the Seal of Quality, to both exercise quality control over game releases and to communicate to the public that it held itself to a higher standard. The black and gold seal indicated that the game was both technically proficient and appropriate for families, easing consumer confidence and rebuilding trust. The video game landscape would look much different or perhaps even nonexistent today if Nintendo hadn't stepped in to save it, and the Seal of Quality is the symbolic representation of that move. 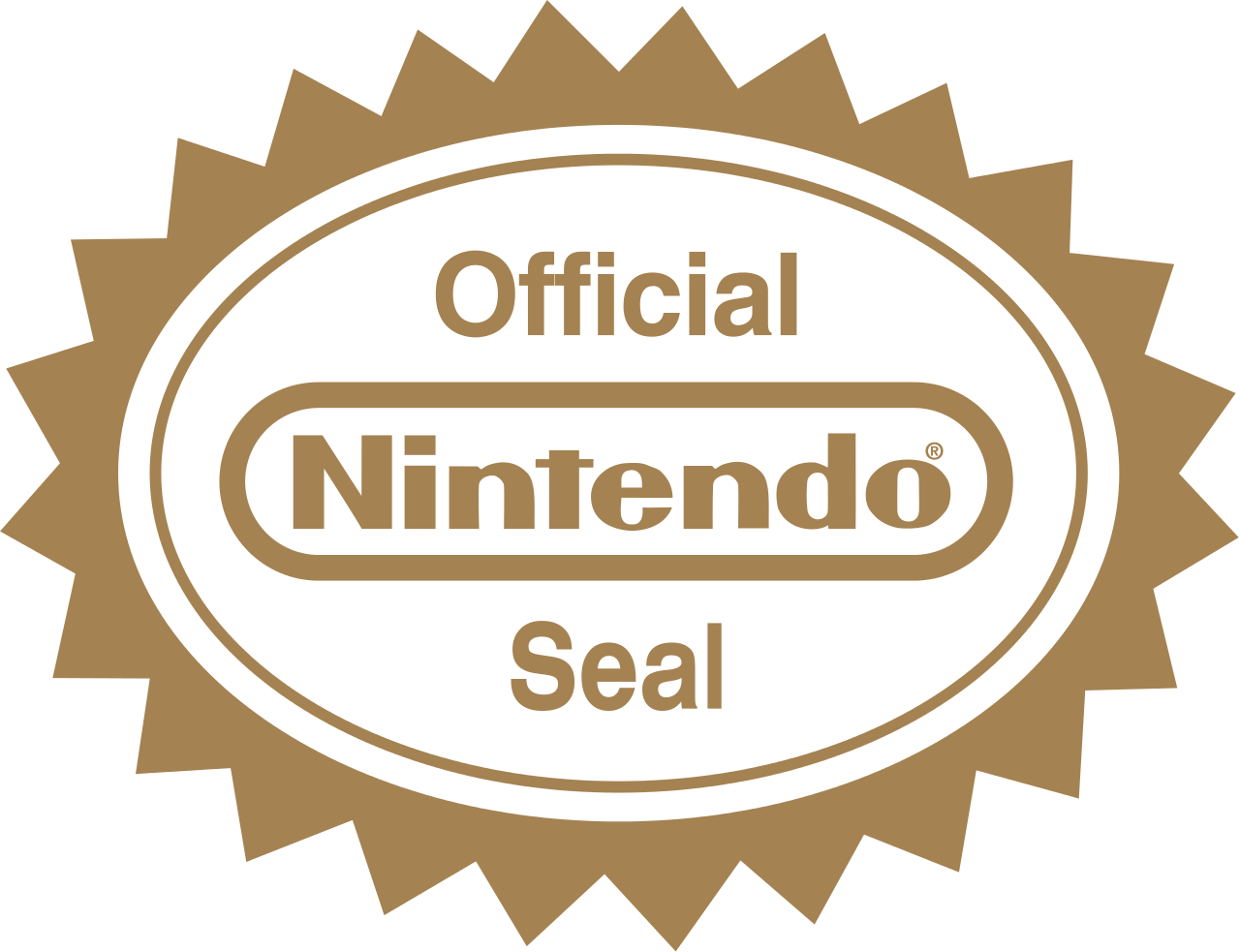