After six months, I finally know where the post office is.

It’s located near a very old building in downtown Berkeley and has a very ornate design evocative of European architecture. As I’m standing on the sidewalk, I take a second and look at it, actually giving it a bit of time before turning and walking down the street.

It’s not something I normally care about, but today, there’s an exception. I’m looking for Pokemon, and the little monsters seem particularly drawn to public places of interest like these old buildings. 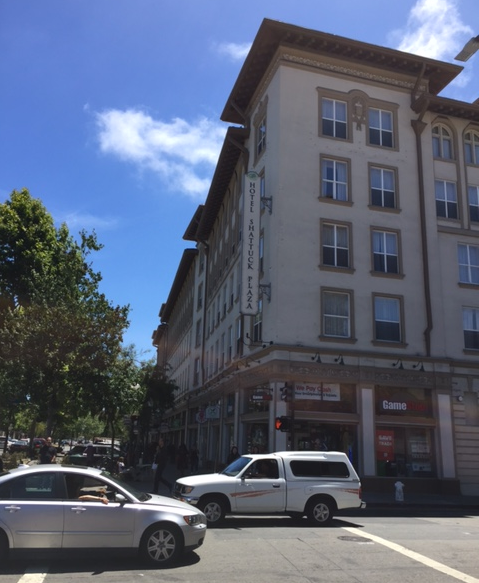 Pokemon Go has become an absolute phenomenon, drawing in players from virtually every demographic available today. Little kids line the streets alongside students and fully-grown adults, all of them searching for more Pokemon to capture, Poke Stops to be pillaged, and gyms to be challenged.

It’s been a weirdly unifying experience for so many, bringing together people and uniting them in a meaningful--albeit entertaining--way.

But even more than meeting and connecting with other players, Pokemon Go has proven to be a solid motivation to get people outside and within their communities to enjoy the benefits of the outdoors. And in my case, it’s proven to be an effective tool for me to use while exploring and getting to know my town on a more intimate level than before. 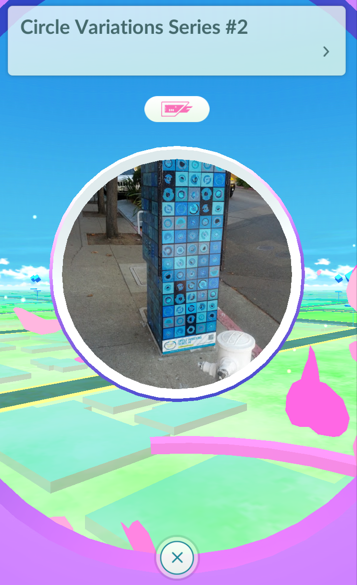 I’ve lived in the East Bay of the San Francisco area for about six months now, most of that spent either working from home or traveling to friend’s houses in the surrounding towns. Sure, I venture out into Downtown Berkeley fairly often, but it’s usually in my car or via public transit with an important errand to run along the way.

To test out the limits of Pokemon Go, I decided it was time for me to finally get to know my home a little more than I had. The results were weirdly humbling.

The Art of the Town

In Pokemon Go, the trainer’s goal is to wander about, catching pokemon as they appear and encountering new landmarks called Poke Stops. When encountered (within the proper distance), these Stops yield all manner of items ranging from Pokeballs to health sprays for injuries.

Poke Stops often take the form of historical or notable landmarks in the area, which I chose to make great use of by chasing down Stops on my app while listening to music and appreciating the inherent beauty and craziness of Berkeley, CA. 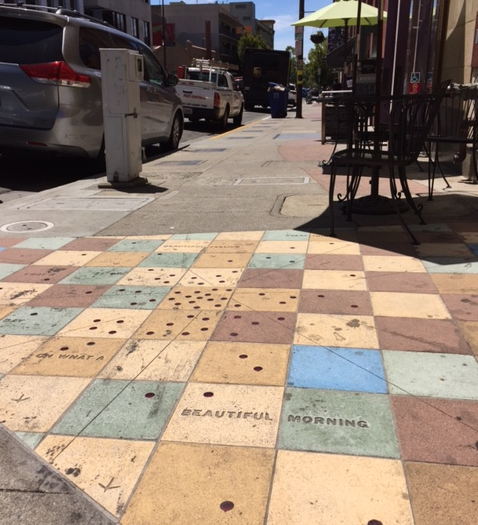 I spent several hours walking the main streets cutting through downtown, often allowing myself to be pulled in different directions by the promise of lures and rustling grass. I caught a Kingpin, a Psyduck, a Growlithe, and enough Pidgeys to last me for several years.

I also encountered several different Poke Stops, most of which showed me things I had never taken the time to notice before. I discovered several gorgeous murals painted on several buildings and fixtures around downtown. I learned the history behind several long-standing buildings, and I discovered a number of shops and restaurants to which I fully intend to return. 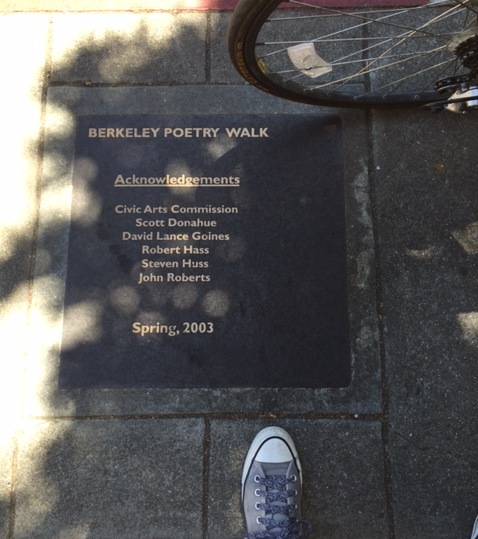 My favorite discovery was a Poetry Walk located near a Poke Stop, which was a sidewalk embedded with plaques displaying the work of several different poets. I’m not a die hard poetry fan, but I still took the time to read several works and found it to be endearing. Especially because on any other day I quite literally would have walked past it without noticing.

I’m probably fortunate; I live in a town that very much values the arts and makes a point of promoting and displaying them. Were this a small town elsewhere, I might not have encountered as many places of interest or impressive art pieces on display. But it’s clear to me after this experiment that Pokemon Go is important for many, many reasons--not the least of which being to collect virtual animals.

I’m easily annoyed with images of people looking at phones accompanied by text condemning society or calling phone users ”zombies.” It’s a lazy, reductive way to complain about how we interact with new technology and often dismisses interesting and nuanced conversations we can have about how it shapes and changes our lives. 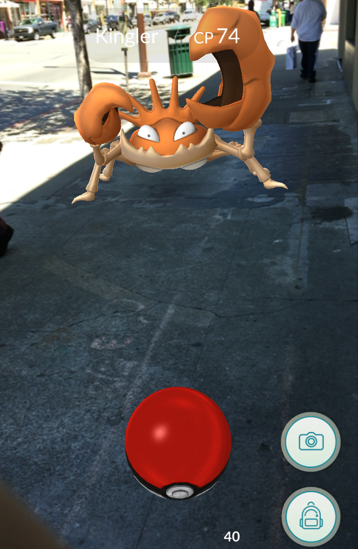 There was no shortage of memes and obnoxious complaining about Pokemon Go and the fact everyone playing was usually looking down at their phones while walking around populated areas. But winging about people’s obsessions with a phone game does nothing but dismiss the actual value inherent in a game like Pokemon Go and how it can actually foster wonderfully positive relationships between complete strangers.

Pokemon is as recognizable as Disney in many respects. Those who aren’t necessarily into it are at least aware of it, and those who are fans have taken their interest to various levels.

So it’s no surprise Pokemon Go serves as a conversation starter, an entry point where people can automatically connect over a shared interest. In a month where so much ugliness has taken off in the world, this sort of unifying experience is wonderful and necessary. 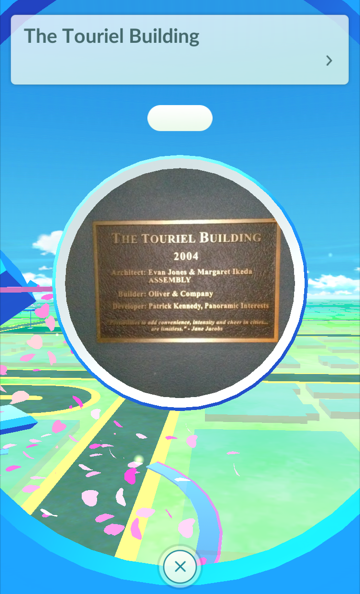 It’s also proven to be a means for which people with social anxieties and disabilities can interact safely with others, venturing beyond their fears and conversing with people about this experience. For many, this has been a powerful tool in helping people ease into a world they otherwise may have avoided.

Sure, there are downsides. People have been hurt by not paying close enough attention to their surroundings. Gyms and stops placed on top of private residencies have raised questions about property rights and what recourse a landowner is permitted to take. Lures have been used as a means of robbery by criminals.

But there are downsides to everything, and it’s always a learning process and adjustment period when we’re introduced to a new phenomenon. And in my experience, the good far outweighs the bad.

Pokemon Go For It

Pokemon Go is different for each individual player. Some will enjoy it as hardcore Pokefans, while others love the Go experience as a means for making friends and serving as a welcomed bit of escapism. Everyone’s will vary, and everyone’s reasons will be as valid as the next. 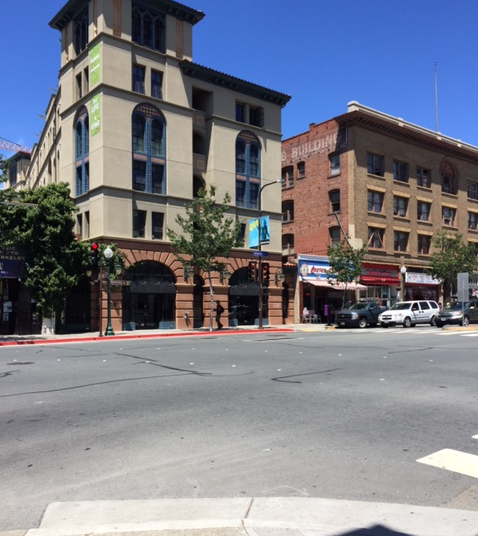 It’s a strange, bizarre little experiment that has gamified real life by providing imaginary incentives with which we all can relate. Is it causing us to pay more attention to our phones? Probably. Has it led to some unintended negative consequences? Absolutely. But playing Pokemon Go allowed me to better understand and appreciate my surroundings simply by stepping outside and exploring. I’d say that’s more than enough reason to give it praise.