The Top 5 Things to do in Fallout 4 Right Now

There is a lot to do in Bethesda’s latest addition to the wasteland world, and Fallout 4’s many adventures are nothing to scoff at. But where do you start? In this special guide we take a look at five of the coolest, most amazing, and just downright awesome things to do in the Commonwealth’s wasteland as a bit of a celebratory dance for all the cool content that Bethesda has brought to Fallout fans everywhere.

Go on an Adventure

First things first, and the easiest thing to do on this list of ours, just go on an adventure. There is a lot of ground to cover in Fallout 4, so don’t be afraid to just set off on an adventure in any direction. Seriously, you think we’re kidding, but that’s how easy it is to find cool stuff in Fallout 4. Just choose a direction, point your Vault Dweller that direction, and go. There’s no telling what you’ll come across as you wander the Wasteland.

So stop sitting around lamenting about how there isn’t anything to do in Sanctuary Hills. Get up off your romp, grab your trusty Dogmeat, and get to moving, Wastelander! 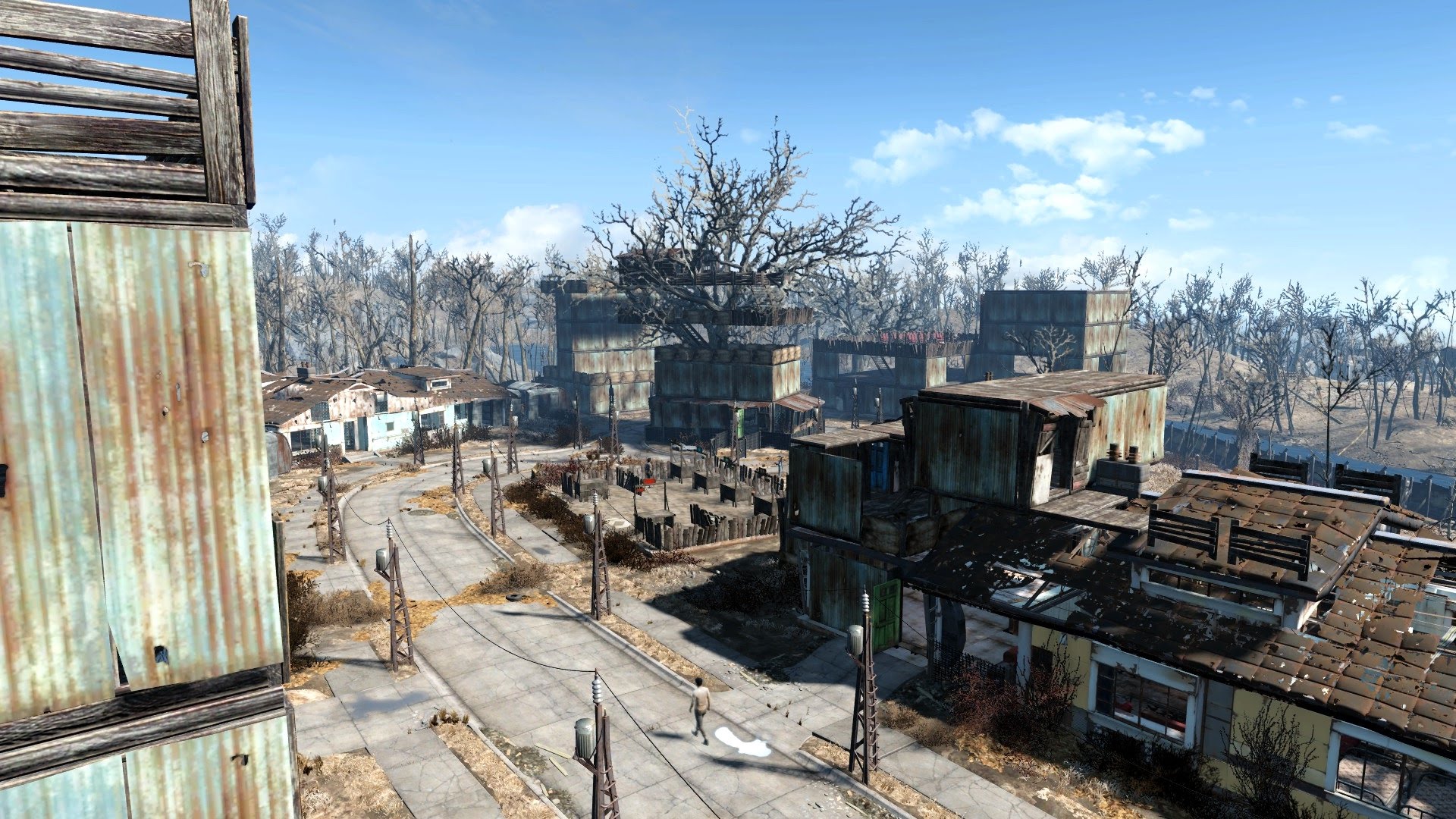 The second thing on our list is actually one of the coolest things that Fallout 4 has to offer. Settlement building is something that Bethesda pushed heavily from the first time we saw any footage of the latest wasteland crawler, and it’s something that has clearly seen a lot of love from both the developers and fans (there are tons of mods out there that add new items and things to build). Head on up to Santuary Hills if you want, or if you’re looking for a more open area to build in, we like to use the Starlight Drive-In as a base of operations.

You can also build up really cool settlements around the Red Rocket and other places throughout the world. Just head to new areas on the map, clear them out, and then start building by activating the Workbench in that area. Of course, you’re still going to need supplies to get your settlement going, but those can easily be found by scavenging through the world around you. If you aren’t sure what to do next in your Wasteland adventure, just open up the crafting menu and see what comes of it. It can’t hurt, right? 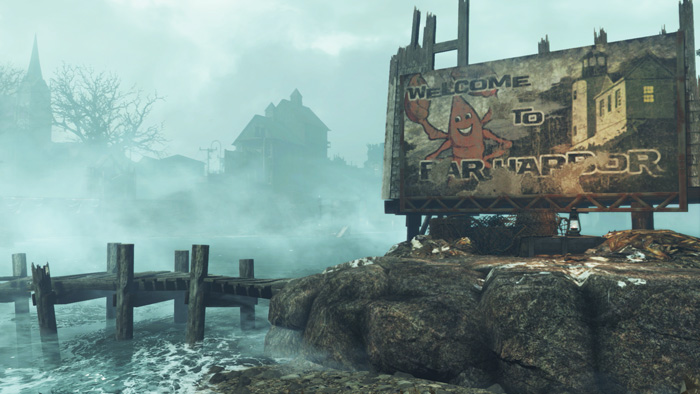 The very first DLC for Fallout 4 was a bit of a letdown, it was. We know it, you know, and even Bethesda knows it (even if they don’t say it). That’s why Far Harbor was so freaking good. It added this whole new world to explore, a huge open island filled with new creatures, characters, and stories just waiting to be encountered. Of course, there is still the issue of the radiation fog that covers the locale, not to mention the three-way civil war you’re bound to find yourself in the middle of. But as far as open-world RPG expansion packs go, Far Harbor was the breath of fresh air that many Vault Dwellers needed to get their love for Fallout 4 brewing again. Don’t miss out on this tension-filled adventure. 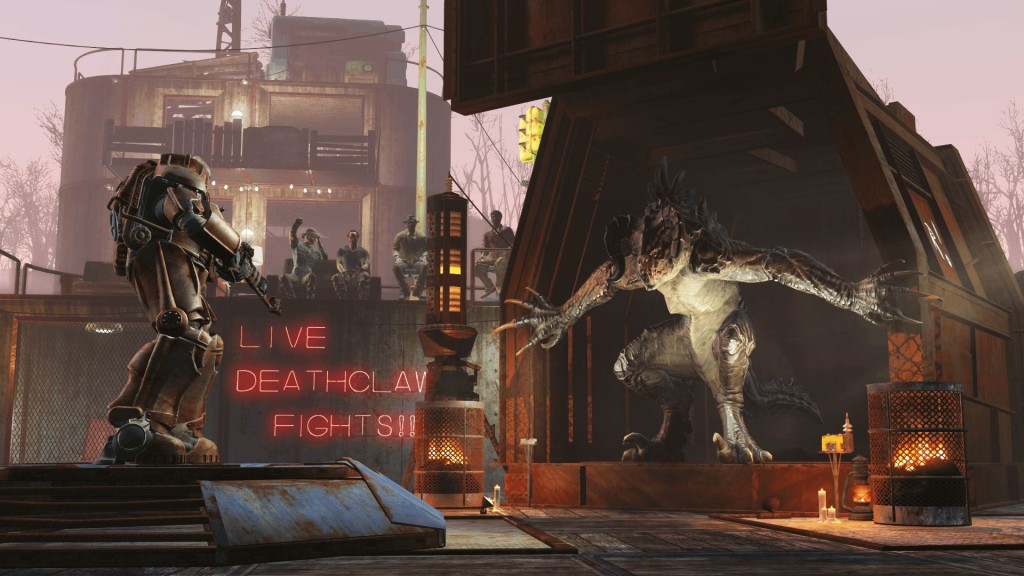 Oh, that sounds dangerous, doesn’t it? Just take a look around at all the creepy crawlies waiting to get their claws wrapped around your neck. Doesn’t the wasteland just seem so inviting? No? Well, who says you have to play by their rules! Thanks to the Wasteland Workshop DLC, you don’t have to sit around and wait for Deathclaws to come a chompin’. It’s time to show those creepy crawlies whose boss, so head on out there and capture you one. Once you’ve got it captured you can do a number of things. Let it loose in your settlement, build a massive arena for it and other creatures to fight in, and more. The sky is the limit!

Build Your Own Factory

The Commonwealth is littered with plenty of old factories and warehouses to explore, but there’s just something about building your own true-blue buildings from the ground up. Thanks to the additions made by the Contraptions DLC, building warehouses and factories is easier than ever. And, to top things off, you can even put in your own elevator! Nifty!

Of course, like anything else in this post-apocalyptic world, you’re going to have to work for what you want, so be ready to scavenge for the supplies you need to build your factory. Once you’ve got the base layout setup, why not go ahead and install an Ammunition Plant and get yourself a ton more ammo to go with that shiny Double Barreled Shotgun you keep waving around.

These are just some of the things we enjoy doing in Fallout 4, and it has led to us spending far more hours in-game than we care to acknowledge. There’s still a lot more to do out there in the Commonwealth, though, so why are you just sitting around here reading this thing? Get out there and do some exploring, Wastelander.