How To Play Competitive in Overwatch

Blizzard introduced Competitive Play in Overwatch’s Public Test Realm, or PTR for short, earlier this week. This means those who are willing to give Overwatch’s upcoming game mode a try, and offer feedback to Blizzard on their experience, can access the PTR right now to check out one of the game’s most highly-anticipated game modes since its initial release. But how exactly do you access the PTR?

Continue reading our guide to find out how you can access the PTR and the Competitive Play mode.

In order to participate in the public test for Overwatch, you’re going to need to own the Windows PC version of the game attached to your Battle.net account, and it needs to be in good standing. That means console players won’t be able to participate in the PTR and will have to wait until Blizzard officially releases its upcoming patch in order to check out Competitive Play.

If you’re playing the PC version, you’ll first need to restart the Battle.net desktop application. Once you’ve restarted it, select Overwatch from the list of games available to your account. Click on the “Region / Account” drop-down menu, then change it from your current region to “PTR: Overwatch”.

Once PTR: Overwatch is selected, you’re going to have to install a test version of Overwatch to your PC. Depending on your Internet speed, this could take anywhere between 5 to 10 minutes, so go grab a snack or aimlessly browse Facebook or Reddit until the installation is complete.

Do or Do Not 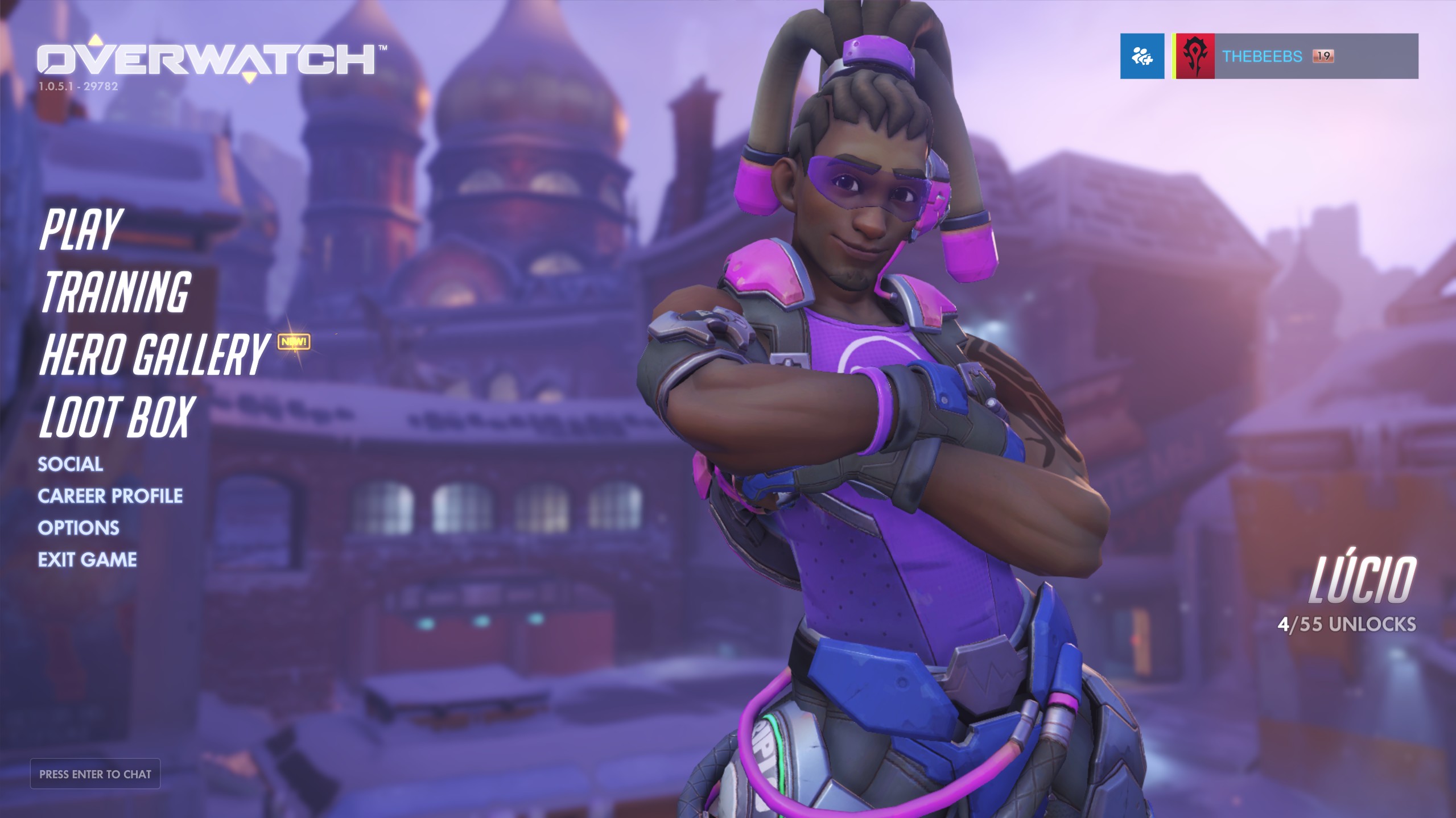 Once your installation is complete, click “Play” to launch the PTR version of Overwatch. You’ll then access the test version of Overwatch, although it’ll look nearly identical to the retail version that you’ve come to know so well. The main difference here is you’ll be able to access Competitive Play mode, that is, if your level is high enough.

Click on “Play” within the game’s menus, and you’ll see all of the game modes you’ve previously been able to access before, like Quick Play, Play Vs. AI, Custom Game, and the Weekly Brawl. In the middle of these game modes will be one you’ll instantly recognize: COMPETITIVE PLAY! 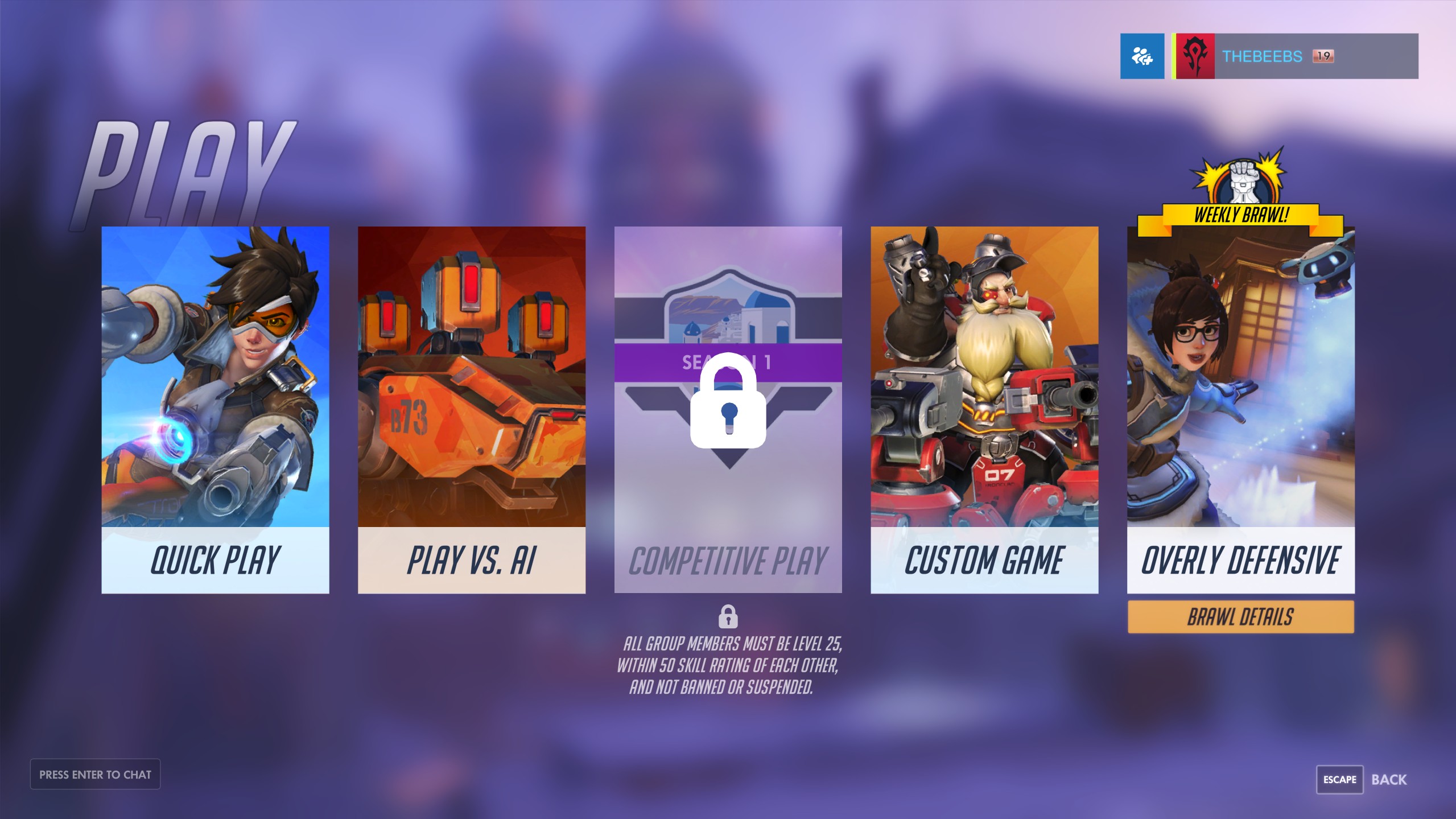 In order to access Competitive Play, you’ll need to be at least Level 25 in Overwatch. If you’ve reached level 25, you’ll be matched up with other players within 50 skill rating of your own skill level. You’ll also need to play nice as you can’t have a banned or suspended account. That means cheaters aren’t welcome at all.

Since we're not a high enough level, here's an image of what it's supposed to look like once you've reached level 25: 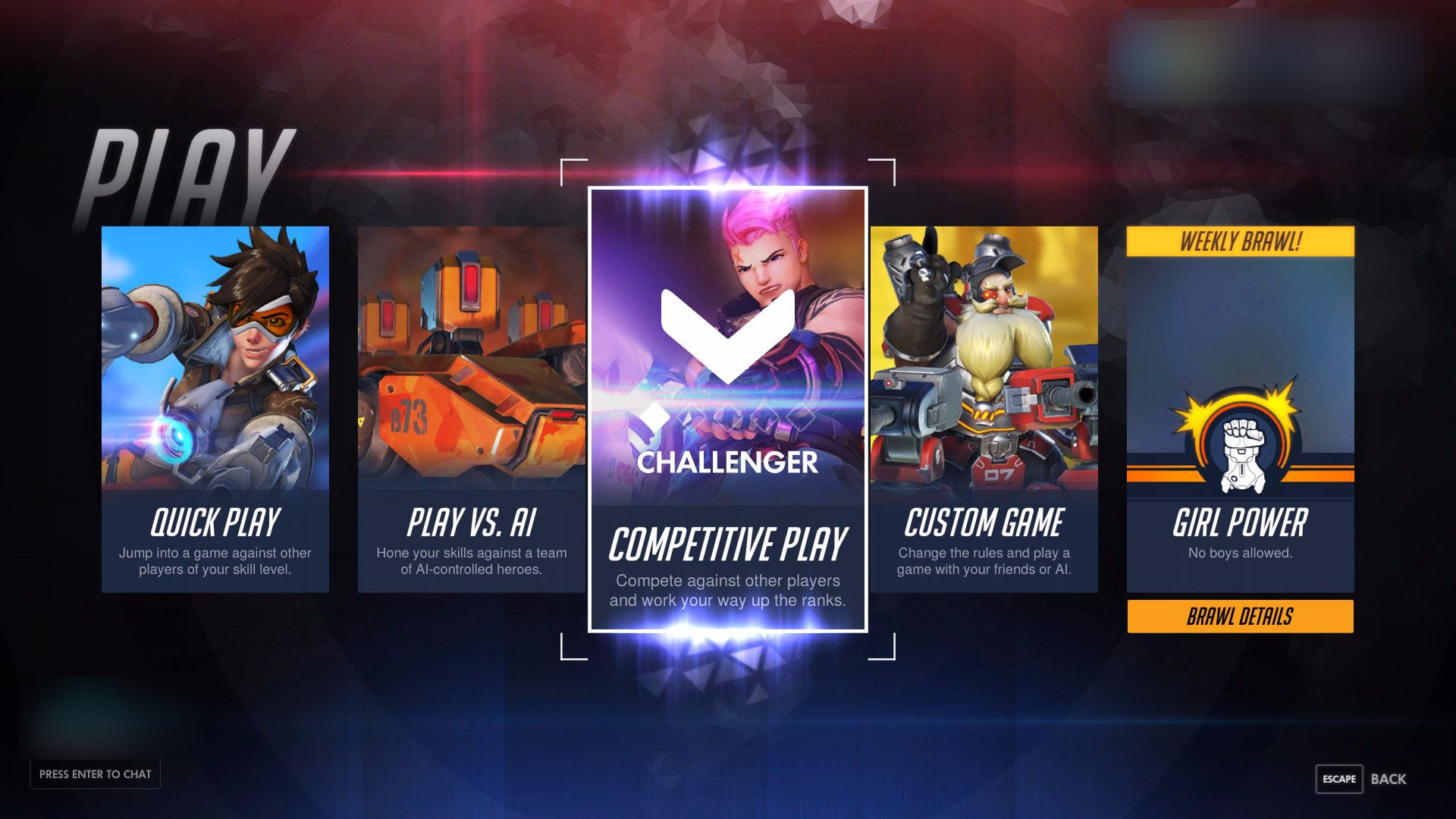 There Is No Try

While you’re probably more than happy playing Quick Play matches, there are some incentives Overwatch players are going to want to get in on if they want to stand out from the rest of the crowd. One incentive is the promise of Golden Guns, while others include sprays and player icons just for participating in Competitive Play.

All rewards earned in Competitive Play won’t mess with the balance of the game, and will instead only be cosmetic. If you’re a regular player of Heroes of the Storm or Hearthstone, then you’ll know what to expect in terms of rewards. While they won’t give you a leg up on the competition, what they will do is make your teammates and enemies envious of you for looking so damn cool.