Someone may already be hacking The Legend of Zelda: Breath of the Wild E3 2016 demo

[Update: Moments after publishing our story, the Twitter profile mentioned below was deleted.]

Nintendo has just revealed The Legend of Zelda: Breath of the Wild at E3 2016, and reports are coming in some people have possibly illegally downloaded the demo to leak it online.

A number of Twitter users are reporting the Breath of the Wild demo is either currently, or has been, dumped onto an SD card. The demo file is allegedly 16GB in size, so it’s completely possible it can be extracted onto an SD card.

The first person to report The Legend of Zelda: Breath of the Wild was being copied onto an SD card was Twitter user @windowskush. The user currently has his tweets protected, although screencaps of his tweets have been captured and can be seen below: 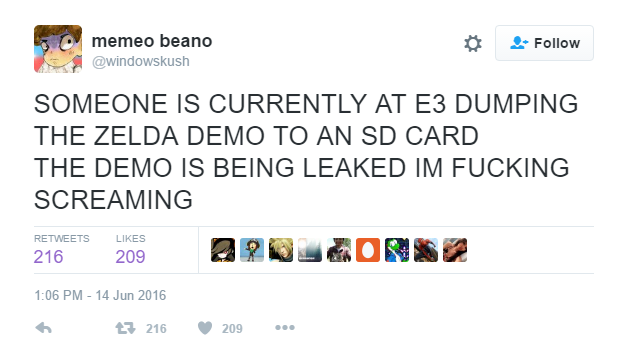 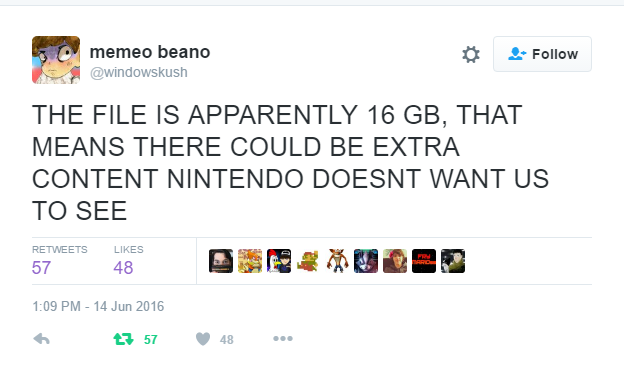 If it turns out to be true, this wouldn’t be the first time a Legend of Zelda game was copied from a major gaming conference to be leaked online. Back in November 2011, the demo for The Legend of Zelda: Skyward Sword was leaked online, although it had some time restraints to it as players could only play the game between 2 to 3 hours.