Microsoft has once again slashed the price of its Xbox One console as it’s now being sold for $279.

Today’s news just comes weeks after Microsoft already brought the price down of its Xbox One to $299. With yesterday’s official reveal of the Xbox One S priced at $299, it made the most sense for the company to cut the price of the original Xbox One in order to help move its current inventory.

Just like its previous price drop, only certain bundles are available for $279. Bundles that come with a 500GB internal hard drive are priced at $279, such as the Xbox One with Kinect, Xbox One Gears of War: Ultimate Edition Bundle, and the Xbox One Name Your Game Bundle which allows customers choose from Forza Motorsport 6, Rise of the Tomb Raider, Rare Replay, and Gears of War: Ultimate Edition.

With the holidays right around the corner, we're confident Microsoft will keep the Xbox One S priced at $299, although we wouldn't be surprised if the original Xbox One console continues its price drop freefall 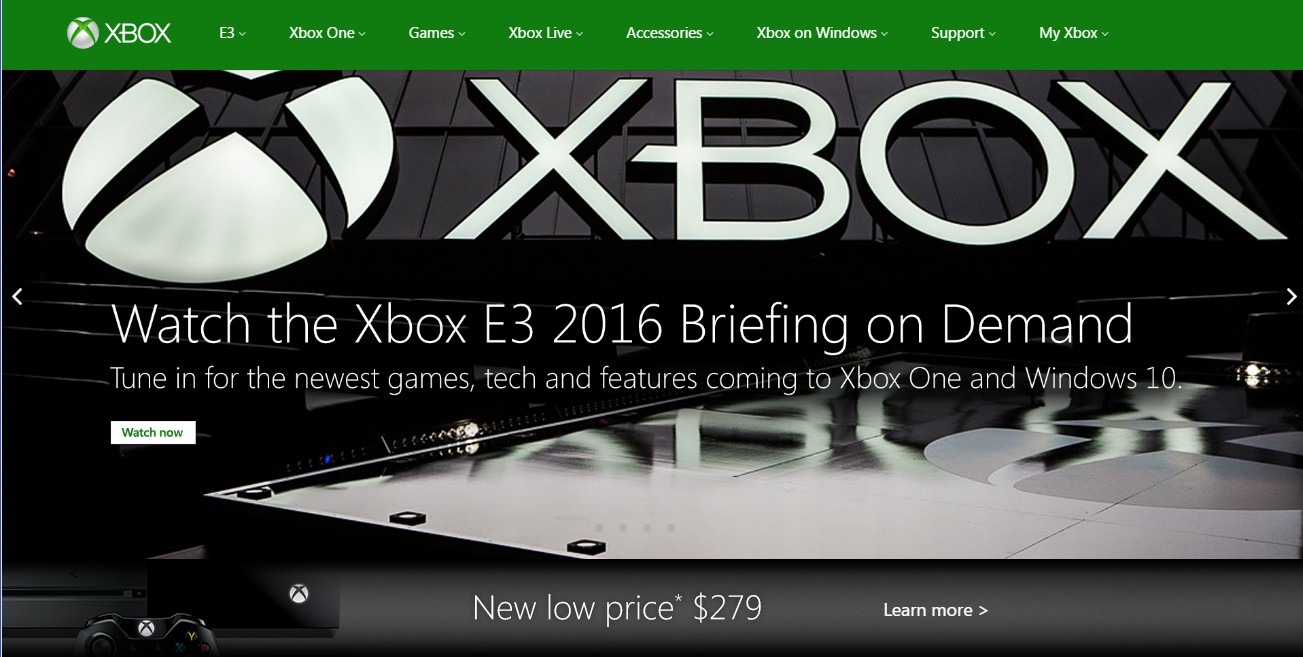