One of the things I loved most about the original Dishonored was the overarching story that twisted and turned numerous times before a really satisfying conclusion, whether you played lethal or non-lethal. So I have tended to comb over various parts of the already released narrative for Dishonored 2 to see what I could pick up on, and I have come to one inescapable conclusion.

Bethesda and developer Arkane may have already given away one of main antagonist's for the new game. Let's check the evidence (and there be spoilers ahead from the original's DLC, so you are warned).

Keep in mind I've had less than 12 hours to ponder this, but I believe Delilah Copperspoon is back to give Emily and Corvo more trouble. The Collector's Edition for the game announced last night reveals a propaganda poster for "new" Empress Delilah Kaldwin. In any history I have seen the is no Kaldwin by that name, and the only Delilah was part of the DLC The Knife of Dunwall, and then the main baddie in final DLC, The Brigmore Witches.

In the finale, Delilah leads her coven in an attempt to take over Emily's mind and rule the Empire of the Isles through her. However, a poem by Delilah in the earlier Knife of Dunwall hinted at the plan:

When Pretty Emily woke one day
She saw the world a different way
Her eyes now looked with a stranger's guile
Her dainty mouth smiled a stranger's smile
Her hands now worked the stranger's wrath
Her feet now walked a stranger's path
Emily fed, another grew stronger
The stranger's cravings drove her onward,
And no one who looked on Emily's face
Ever guessed who ruled in Emily's place.

In the Brigmore Witches, Delilah is much more obvious: "The girl Emily Kaldwin will have the mind of Delilah the First, who did not inherit everything she got, but came to power through the force of her own genius." The player as the assassin Daud uncovers the plot, and can either kill Delilah or confine her to the void. However, in a Dishonored book entitled The Dunwall Archives, it goes so far as to mention that Delilah was actually banished in the same year she tried to possess Emily. Banished could mean in the void or elsewhere in the Isles, but either way she is still alive.

Also, keep in mind that Delilah is supposedly marked by the Outsider (as she hinted at in the high chaos ending of the Knife of Dunwall), giving her unknown powers similar to Corvo, Daud, and even Emily in the sequel. And as a witch practiced in Black Magic, it wouldn't be a stretch for there to be someway for Delilah to free herself from her banishment.

in making his presentation last night, Arkane's Harvey Smith suggested that the goal of Dishonored 2 was to "unravel the ongoing conspiracy and get back what was rightfully yours." Judging by the poster - labeled as propaganda - it is quite possible that Delilah has returned and somehow usurped the throne perhaps by possessing weaker minded individuals to falsify her heritage as a Kaldwin, and thereby deposing Emily. Remember that The Outsider said Delilah "imposes her will" on objects, and she is quite capable of stealing souls through paintings. That would fit in with Emily as a new playable character working to get back her title and her throne.

The last bit of evidence is that the image of Delilah on the poster is strikingly similar to images and statues of her from The Brigmore Witches.

Yes, this is all speculation, and it would not be beyond the realm of possibility if this evidence is indeed a calculated misdirection by Arkane. God knows there were enough of them in the original game. But do not be surprised if we see Delilah with a prominent role in Dishonored 2, perhaps being unveiled with more details at QuakeCon in August. 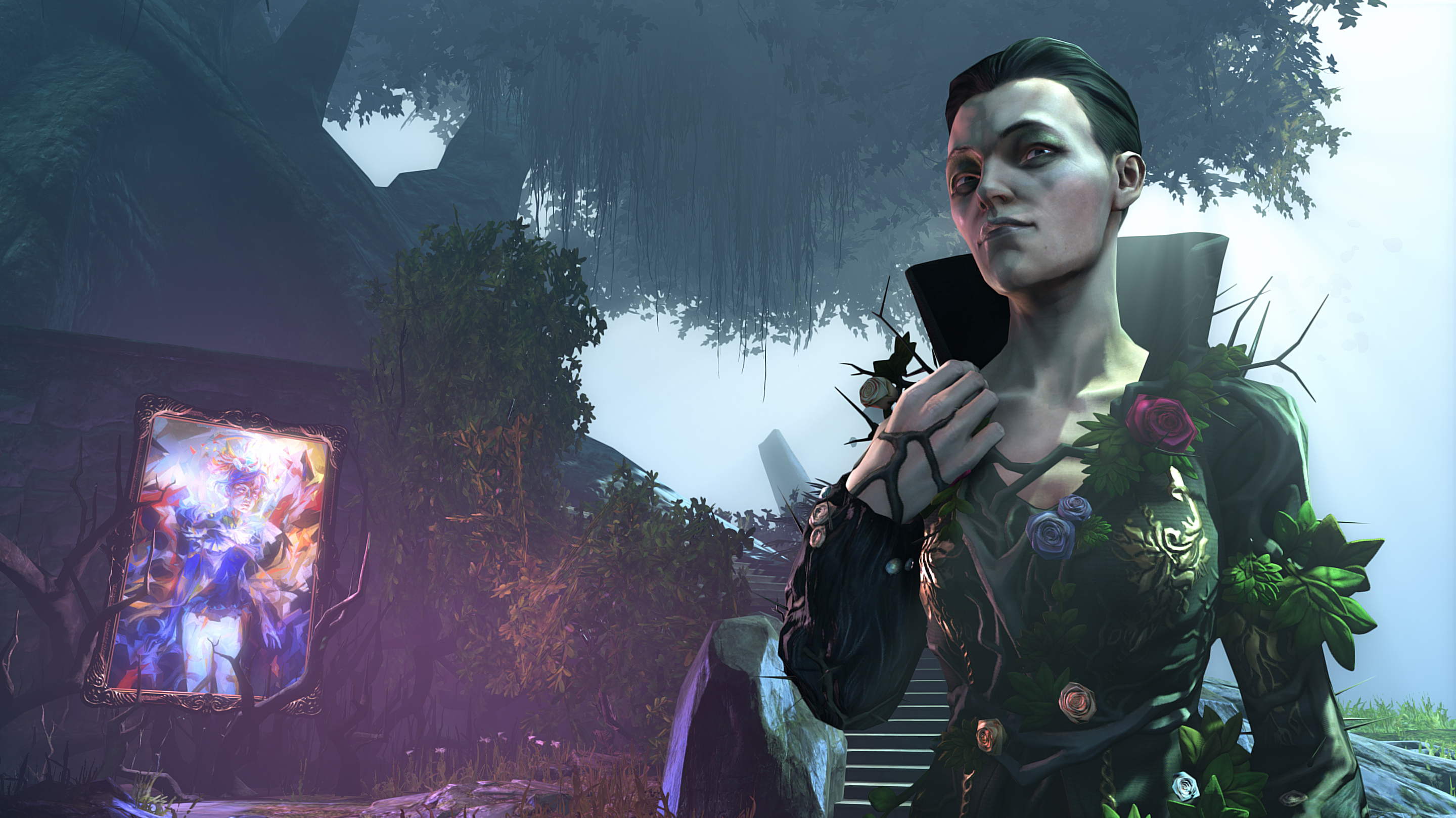