For only the third time in 17 years, I will not be attending E3. I will be helping anchor the home team here at Shacknews to make sure you get the latest E3 info as quickly as my fingers can bang out the news. But that doen't mean I'm not excited about the possibility of what the publishers are going to show. I'll just have to get hands on time in my dreams for now.

So here's my list of what I can't wait to play, whether they are announced or not. My list is confined to only PC games, as I suck at the consoles.

Ever since I played Dishonored during my first stint at Shack, I knew I wanted a sequel. The original was incredibly immersive, and I was so drawn into the story that it actually affected the way I played the game. I started out non-lethal, but that gradually degenerated into a killing spree as I tried to find my young charge Emily and save her from the nefarious forces taking over Dunwall. 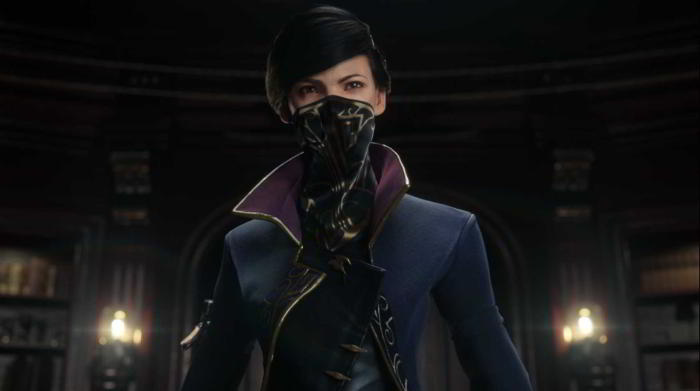 When Bethesda announced at E3 last year that the sequel was indeed coming, this game immediately shot to the top of "I want to play this now" list. I like the idea of being able to choose whether I want to play Emily or Corvo this time around, and I will be curious to see how the story goes, given that Dunwall is now in the rearview mirror.

November 11 can't come soon enough, and I will be bugging the E3 team at the show to give me all the details.

This sequel has been a long time coming. Granted, the original developer Ensemble Studios bit the dust and Microsoft was forced to tap veteran strategy house Creative Assembly to create this newest attempt at an RTS in the Halo universe. But given CA's know-how, my love of RTS games, and my utter frustration that as a PC gamer I can't get into the Halo universe any other way, I'll take it. 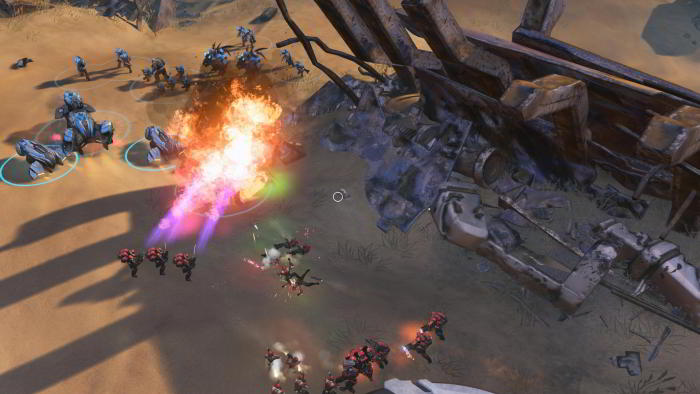 Not too much has been said about the game, but it doesn't appear to be Total War: Halo, which is good considering the original's gameplay was good enough in its own right. And it will be interesting to see what angle the story will take, given that the original Halo Wars was left in a bit of a cliffhanger with the crew stranded. Maybe they will get to come home (at least that's what original developer Graeme Devine wanted if he had a chance to work on the sequel).

Luckily, there appears to be an open beta coming during E3, and I'm hoping that includes a PC version that is compatible with something other than Windows 10.

OK, this one is not guaranteed to be at the show, but I'm hoping. Gearbox's Randy Pitchford said that there will be a new Borderlands and they even have an art director, so it wouldn't be surprising if 2K Games decides to have some sort of announcement. 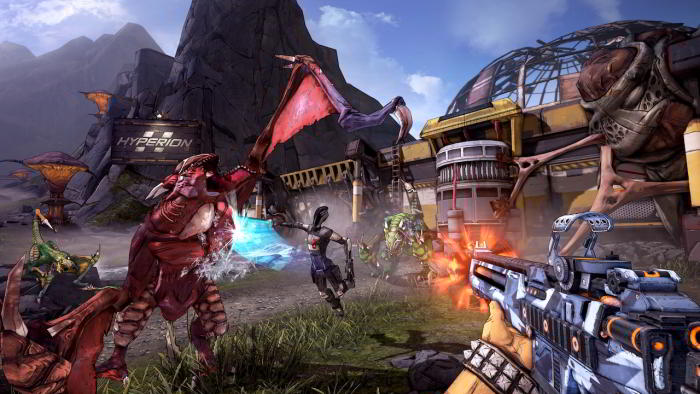 I played the heck out of Borderlands 2, but was a little disappointed with The Pre-Sequel followup, so I'm hoping that anything Gearbox does with the next game will go back to what made the original game so much fun. The shooter elements with the RPG elements really made for a solid blend, and it held my interest even though I am not that great at shooters. And there were some pretty memorable characters as well.

Gearbox may not have a chance to turn around anything worth showing at E3, given that Battleborn just came out, but any tidbit of information would tide me over with some good memories of sniping baddies with Zero in BL2.

We have pieced together quite a bit of information on the new Mass Effect without getting anything really official. We know there may be jetpacks, that the game revolve around colonialism, that Cmdr. Shepard is gone in favor of a new hero and team ... oh and this rather obnoxious bit about being delayed until 2017. 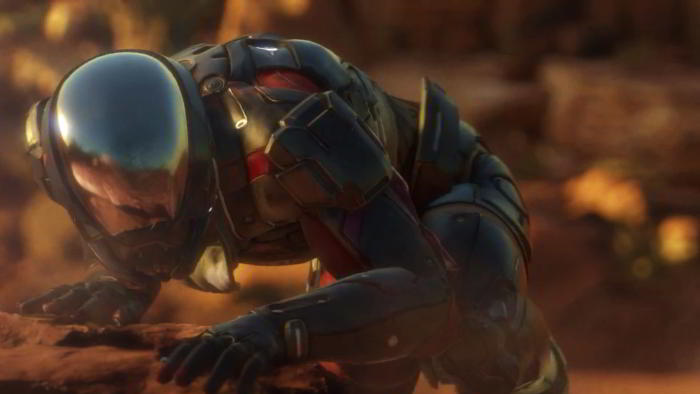 Given that the game is out next year, it seems like EA and BioWare will jump at the chance to show something engaging to get Mass Effect fans hyped again for the return of the beloved RPG series, no matter how you felt about the ending of ME3. Personally, I hope they continue to focus on the narrative and the gameplay, and toss aside the multiplayer - at least in the beginning. Mass Effect is all about an immersive universe and characters you care about, something BioWare does a really good job at ... or at least they have in the past. If they can rekindle the love I had for the first three games, I'm all in.

Hopefully, there will be something playable at E3 where I can get a report from the team on their thoughts, but to be honest, at this point, I'll settle for any new official details that I can get excited about. Maybe I'll go read a Mass Effect book in the meantime.

I'll admit I was not a fan of Civilization 5, but I played the heck out of Civ 4. Even Beyond Earth was fun as an Alpha Centauri tribute. I love the series as a strategy fan, and anything that has Sid Meier's name attached to it deserves play time. And after Cassidee's rousing preview, I'm even more interested in getting my hands on this. 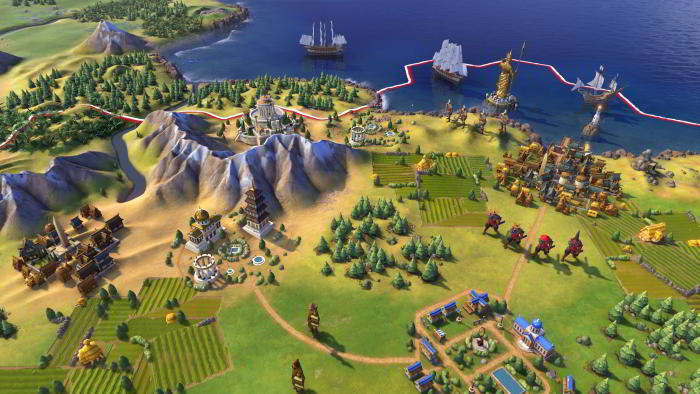 I'll admit that I don't go as deep as a lot of players, but that still doesn't keep me from experimenting and trying new things. The proposed changes in Civ 6 seem to be as radical as the unstacking of units in Civ 5, so it will be interesting to see how the changes to the economics play out, as well as the force placement of various upgrades to the cities. Even the new tutorials may be interesting.

But again, I'm willing to give the game a shot, given its pedigree. Hopefully E3 will give me something more substantial to ponder and analyze until the game is released on October 21.

My interest in this one is purely out of morbid curiosity. The original Prey was a very good FPS, but the troubled past of its sequel, from Bethesda's frustration with original developer Human Head Software, to the game's supposed cancellation and status, to it's revival at Arkane Studios, just seems like a disaster waiting to happen. And then there is that rumor about being a System Shock successor. 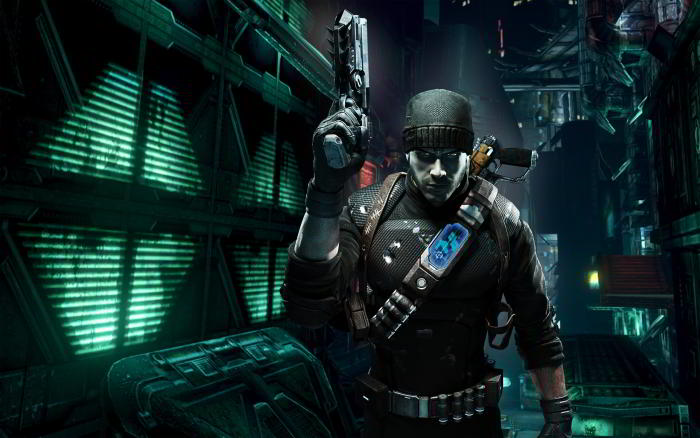 No matter what happens, the game will supposedly be at E3 and Arkane has a pretty good track record with the games it touches. So the chances of something positive coming from the ashes are decent. Bethesda has stayed understandable quiet given the game's history, so how it is presented, if shown, will also be interesting.

Stay tuned, folks. It will be an interesting E3.