Atlus announced Persona 5 would be hitting Japanese shelves on September 15, and today, the publisher has announced the game will be made available in North America on February 14, 2017 on PlayStation 4 and PlayStation 3.

The Take Your Heart Premium Edition retails for $89.99 and includes the game’s soundtrack, a 4-inch Morgana plush, a 64-page art book, a school bag, a SteelBook, and a collectible outer box.

Atlus will be showing off Persona 5 at E3 2016, so expect to hear more about the game sometime next week. 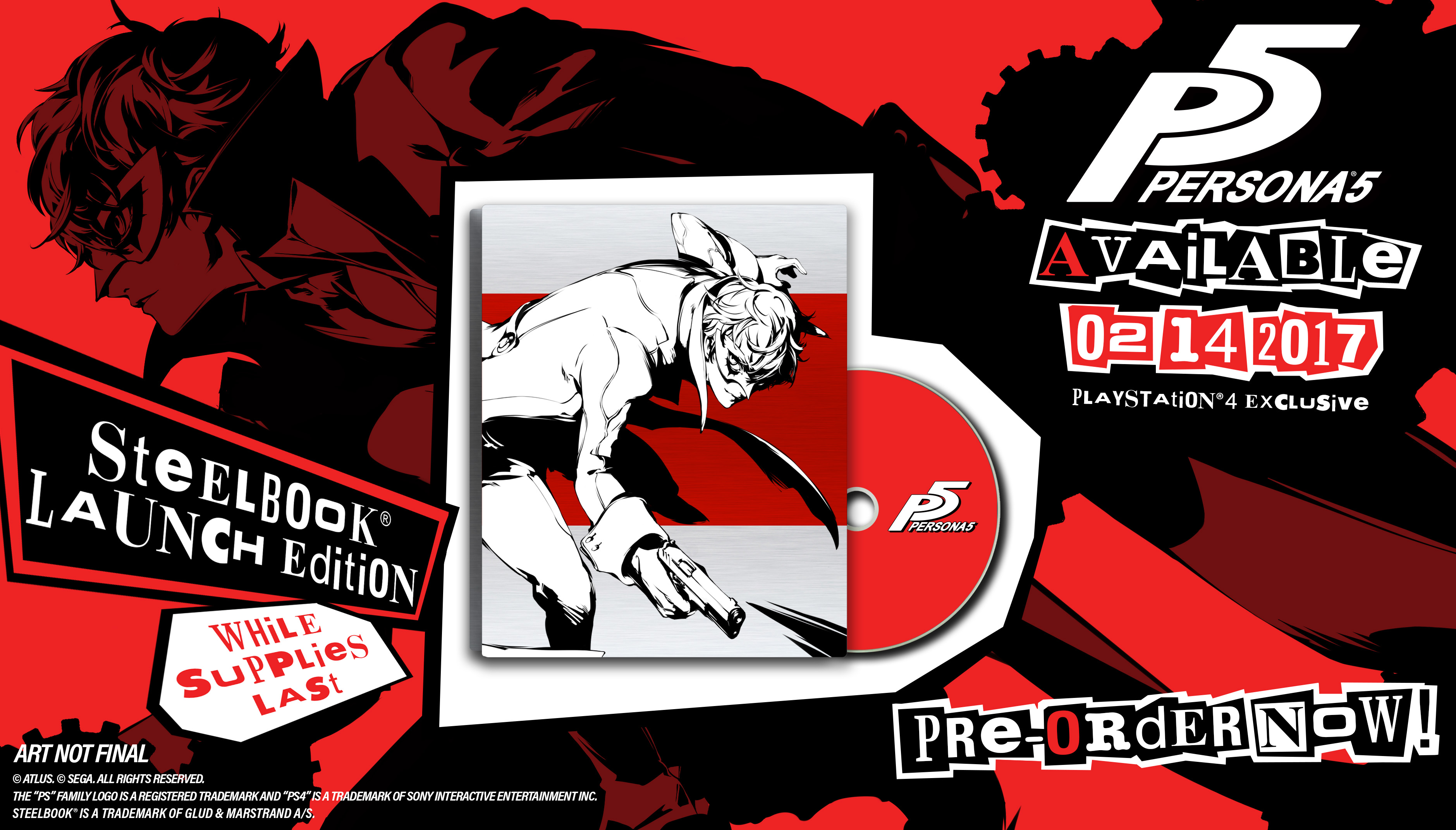 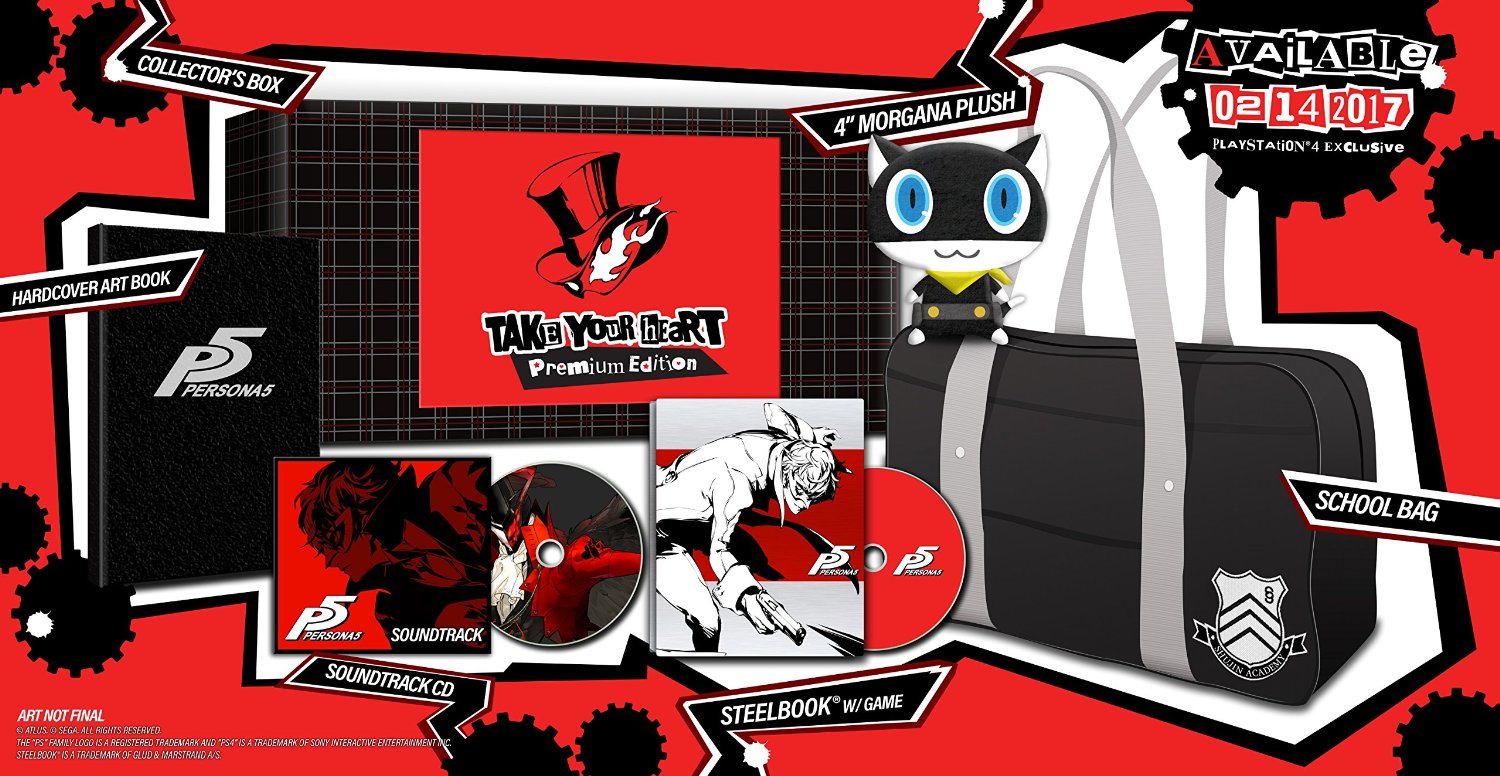