This is the core philosophy behind Deformers, the newest from Read at Dawn studios. It’s a susprising departure from their previous work on the gothic horror of The Order: 1886, but my early impressions after spending several hours with it are wholly positive.

It’s a competitive physics-based brawler in which players control adorably twisted, blobular creatures not unlike those from the old Spore games. Linking together both online and local multiplayer, Deformers places up to 8 creatures – or “forms”, as they’re called – in a small arena where the goal is simple: use your handful of tools and mechanics to “kill” the other characters on the map. 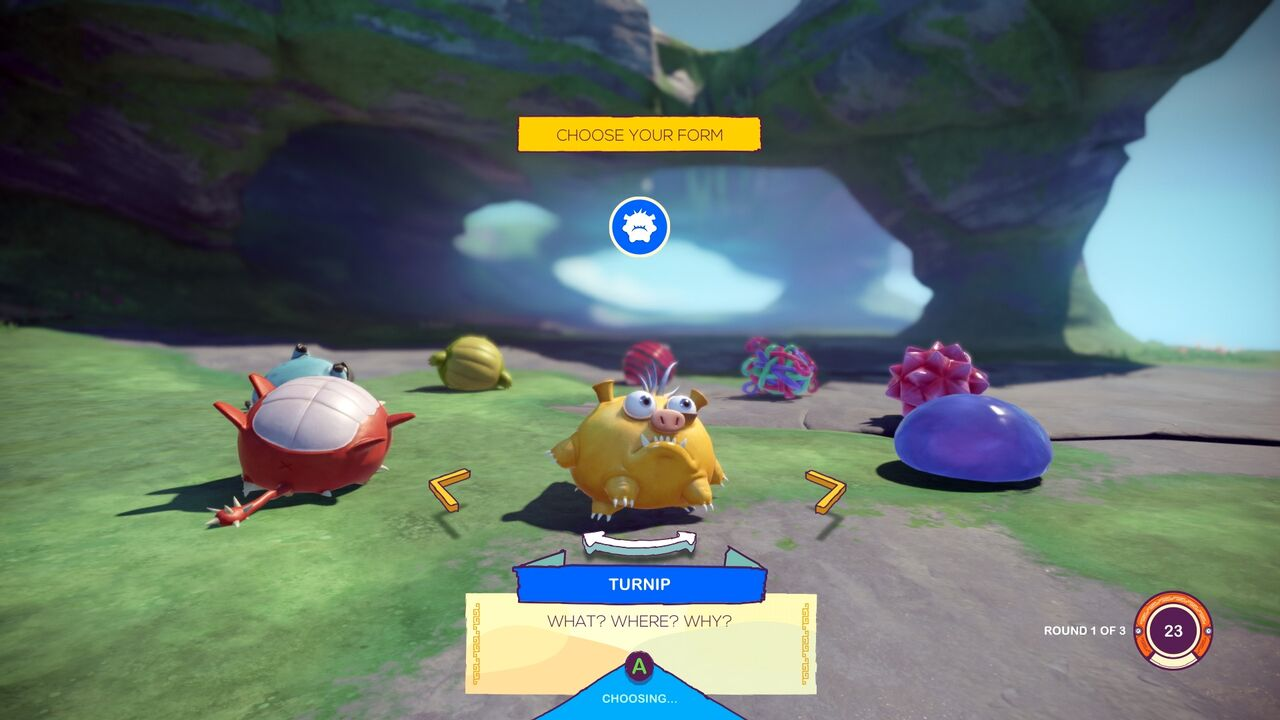 This can be done a number of different ways. Small yellow orbs are dispersed across arenas, which the forms can fire a projectiles in a ranged attack. Take enough damage, and you’ll cause our opponent to burst into a pile of goo, not unlike the inky deaths of player characters in Splatoon.

One can use a charge move allowing the form to quickly dash across the ground. When timed correctly, this causes one’s form to violently bump into another doing damage and possibly either splattering an opponent or knocking them off the edge of the arena and into the depths of the surrounding abyss. 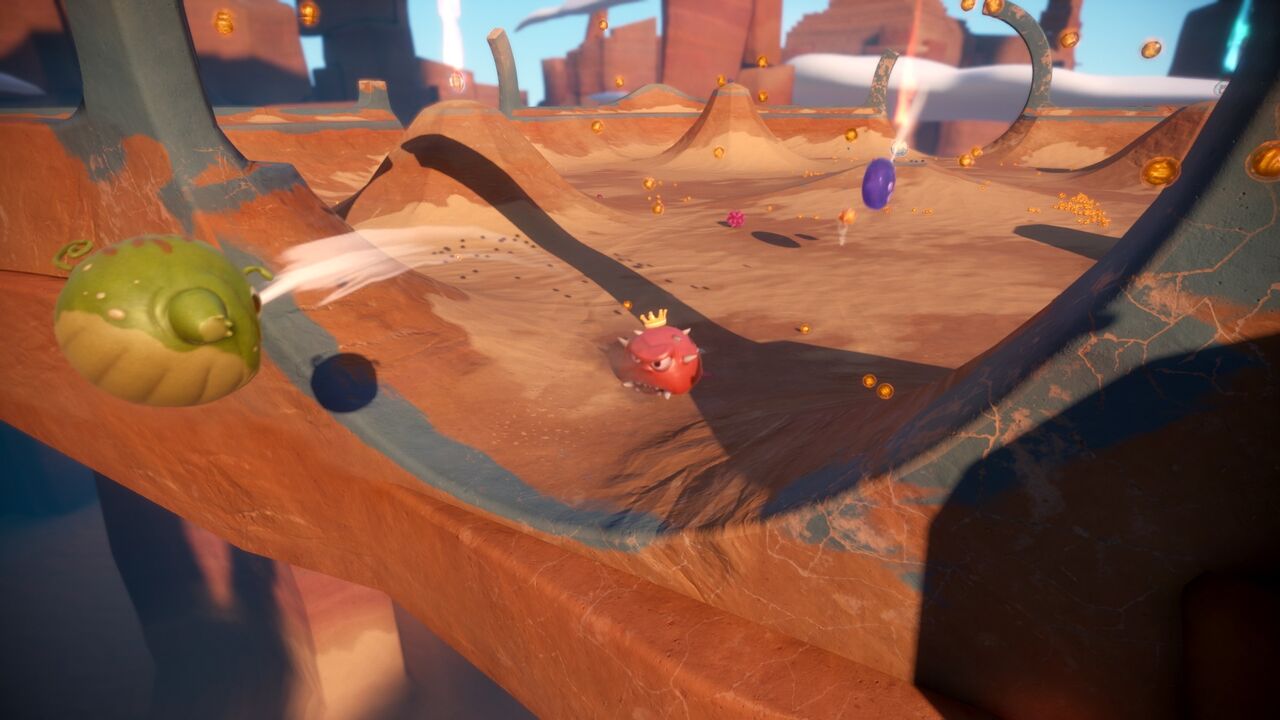 I found the hardest tactic was also the most satisfying, but required excellent timing. When dashing around the map, the forms can “pick up” opponent carry them on their back, ideally moving toward one of the many ledges surrounding the arena and tossing them to their deaths, not unlike a Smash Bros. character flying off-screen in a burst of flame.

Physics are present in the very DNA of Deformers, and every action, movement, and slight animation of each character illustrates this. When firing projectiles, forms will convulse, their gelatinous bodies jiggling in disconcerting ways. Characters that grow large from boosts will grow suddenly, their form bulging as they slowly build into a larger, more hulked-out version of themselves. They jiggle as they leap, flatten upon impact, and generally behave with the same grace as a sentient water balloon. 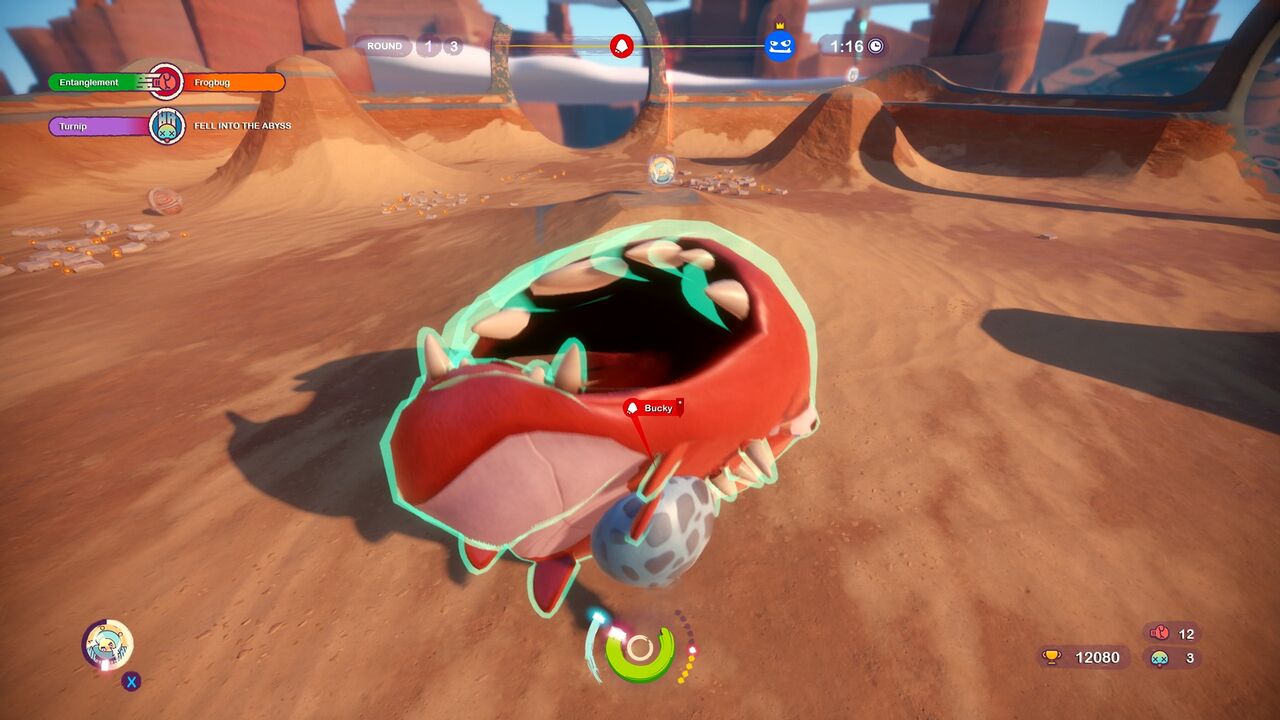 Which is part of what makes it satisfying. These little creatures move rapidly, especially when charging and dashing toward one another in a frenzy. Coupled with solid visual feedback in the form of smooth, detailed animations, pick-ups, and impacts, everything about the frantic game matches felt just right.

The abstract design makes a solid template for lots of additional forms in the game, something the development team has had in mind and plans to explore. 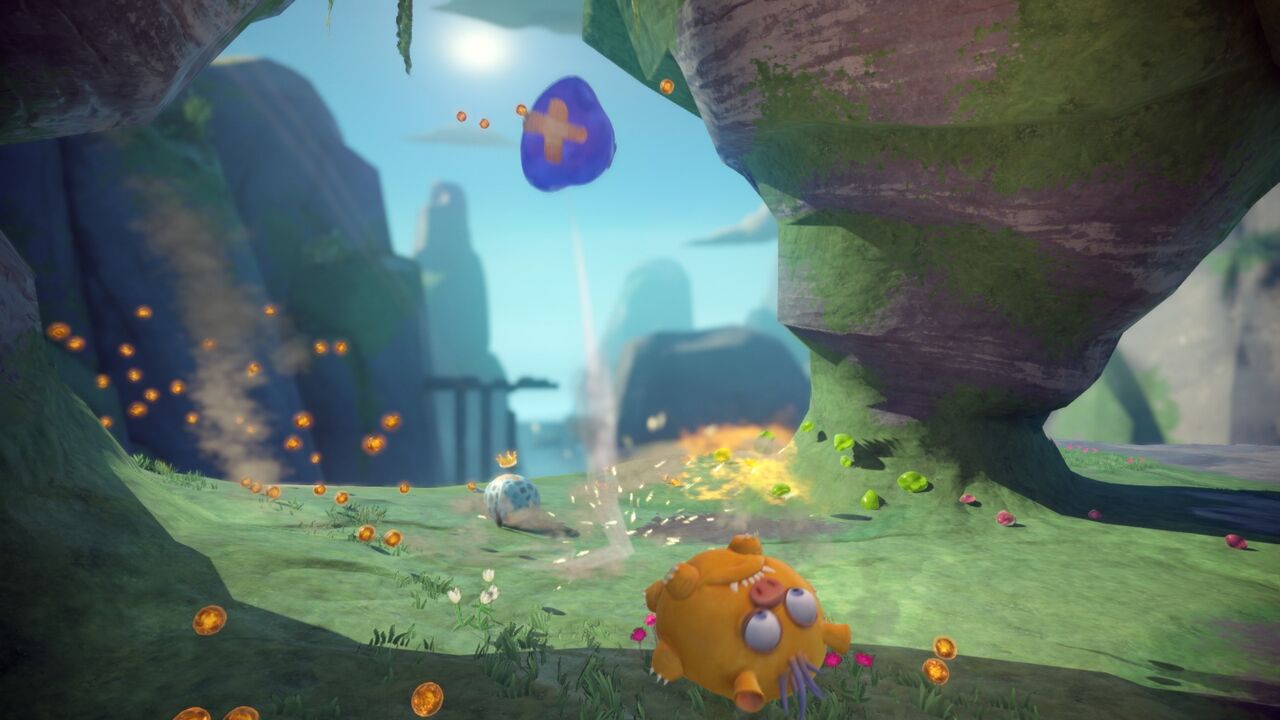 This is more than just a free-for-all death match. There are many options for play, all of which add new elements to make tings ever-so-slightly more difficult. Round times can be adjusted, arenas can be tilted so gravity and movement becomes a challenge to deal with, and players can be broken into two to four teams working together to round up the highest number of kills. It’s a clever model allowing for virtually never-ending gameplay opportunities, although I do have some reservations about its long-term viability.

Successfully supporting a predominantly online video game is essential to keep players returning for more. Although Deformers is fun, it’s hard to imagine it sticking around for a long time if no new characters, arenas, and modes are not steadily introduced. Every match may yield different results, but the core conceit could inevitably grow stale if it remains the same as the day it releases.

Each character in the game also felt like a carbon-copy of another, which was disappointing considering the layers of strategy that could be poured on top of its already fun gameplay. The developers of Deformed seemed confident and are of the need for new content, however, so perhaps things will turn out for the best. Only time will tell.

Deformers is targeting a fourth quarter release date on PC, PS4, and Xbox one.

This preview was based on a pre-release demo of the game at an event where transportation was provided by the publisher.