2K and Hangar 13 have announced Mafia 3 will be getting the Collector’s Edition treatment, which includes both its soundtrack and game score on vinyl, art prints, and more.

The Mafia 3 Collector’s Edition will include a 180 gram vinyl pressing which features music from Otis Redding & Carla Thomas, Sam Cooke, The Animals, and more, and also includes the game’s original score, which was composed by Jesse Harlin and Jim Bonne. Additional items include collectible art prints, a Mafia 3 Art Book, replica dog tags for Lincoln Clay, drink coasters, and a Season Pass.

Those who pre-order any version of Mafia 3 will be given access to the Family Kick-Back bonus, which includes three new vehicles and weapons that will be available at launch.

If you can’t wait for Mafia 3 to release this Fall, 2K Games has re-released Mafia 2 on PC today. To celebrate its re-release, players can pick up Mafia 2 and all of its previously-released DLC at 80% off of its original pricing through June 8, 2016. 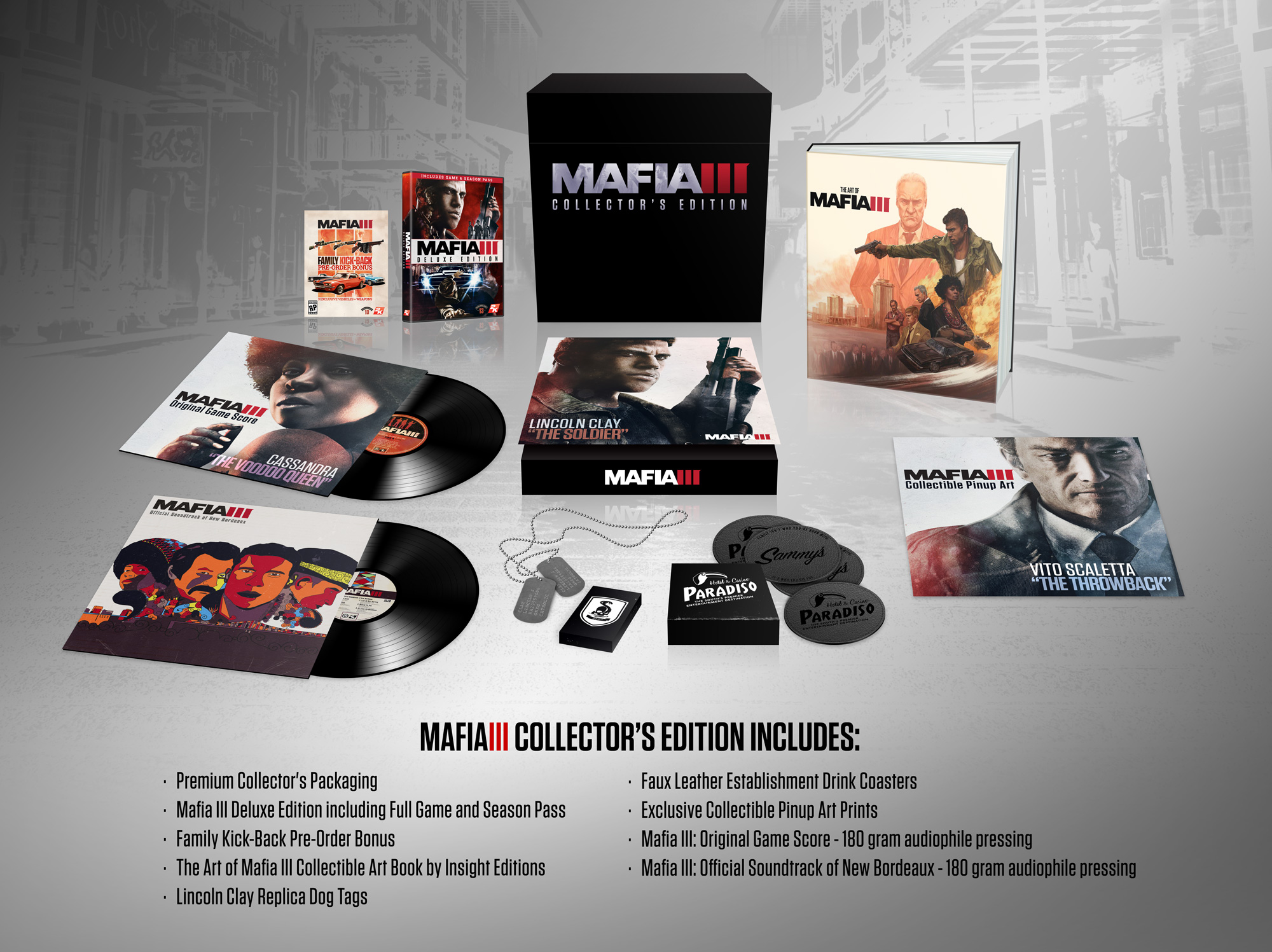 Sayonara Wild Hearts grooves onto Xbox One next week