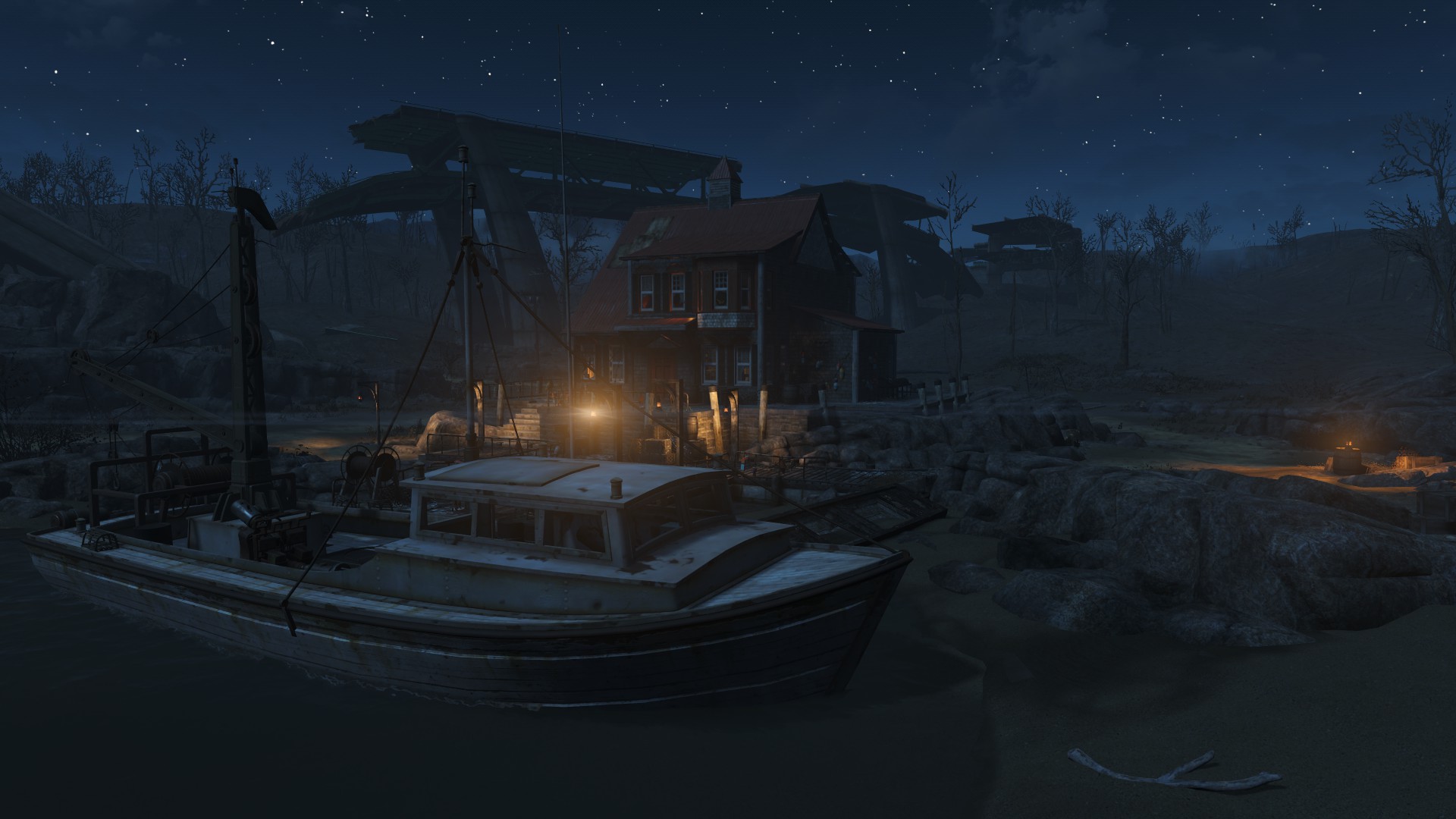 Unlike the Automatron DLC, which introduced a new quest within the already exhausted Commonwealth, Far Harbor takes players beyond the constrains of the base game’s boundaries, and into a brave new world, which just happens to be covered with radioactive fog. But there’s more going on than meets the eye, and while Far Harbor is still plagued by a few bugs (some quite atrocious), it is quite an enjoyable experience which puts a lot more emphasis on the player’s choices than anything we’ve seen out of Fallout 4 so far.

Choices are a huge part of RPGs, and Fallout 4’s big choices were empty, illusions of choice that did nothing for the player. Bethesda has attempted to remedy their mistakes in the base game with a quest line that relies upon your choices a lot more than quests have previously. This makes everything decision feel real, like it truly affects the world around you. This is something I sorely missed in the base game, and I’m really happy to see it played to a higher effect this go round.

As I mentioned above, Far Harbor is still a piece of the Fallout world, and I’m sure it still shares some of the little bugs that plague the base game. My problem, however, was a new bug that only affects this DLC, and one of the quest lines you have to complete. At one point during the main story, you have to hack into a computer and restore a synth’s memories. During this time you are actually transported into the computer, where you have to complete puzzles in a workshop style environment.

While inside this computer environment, you are tasked with clearing a way from point A to point B, and protecting a group of five bug-like creatures that gather the data and transport it back. During the first level, my information carriers decided to ignore the perfectly good path back to the starting point, and instead spent almost twenty minutes running face first into a wall that protected them from dropping into the endless nether of the programming world. It was a frustrating moment, which worked to completely remove me from the game, and actually made me want to stop playing right then and there. It just didn’t feel like this belonged in a Fallout game.

Aside from that issue, however, the rest of the DLC is very well done, and I really enjoyed taking on the new creatures that the team introduced this time around. The new enemies, Trappers, Anglers, and Gulpers alike are just the right amount of creepy, Lovecraftian design to really get the fantasy juices flowing. I was worried when I first began the DLC, that the new area would feel out of touch with the base game’s Wasteland, which I had spent many hours exploring. But that wasn’t the case, and everything – aside from the memory restoration puzzles – felt like it truly connected together, creating one big wasteland to explore. Bethesda even goes so far to connect these disparate landscapes, by allowing you to return to the mainland and tell one of your factions about Far Harbor and the secrets it holds. This is something that a lot of games forget to do, and it made all the difference in bringing Far Harbor and the Commonwealth together as one.

Far Harbor is a brilliant DLC teeming with an interesting story with plenty of player choices to be made. The choices don’t feel empty, as they did in the base game, and the new enemies and people you come across are just as intriguing as any you’ll meet in the Commonwealth. The story’s main focus, the conflict between three varying groups, is front and center on the stage, and plays out really well with options for every kind of player available. Aside from some bugs, which impeded game progress for a while, and an entire section that just feels out of place in a game like Fallout 4, Far Harbor is a well-crafted DLC that finally offers players more to explore and enjoy.

These impressions are based upon a product code provided by the developer. Far Harbor is now available for purchase for $24.99. It is rated M.

Razer sent me gamer gum and I won an esports tournament