It will be assassination time again next week when prospective hitmen will get an assignment to take out a Congressman. Relax, bodyguards. We're talking about the second elusive target for Agent 47 in Hitman.

Publisher Square Enix has confirmed that The Congressman will be in-game on May 27, and players will have the usual 48 hours to take him out before he disappears from the game entirely. He will be in the Italian city of Sapienza, and players will be given little intel other than the target is available. There will be no-mini-map markers and no cues from Instinct mode.

The first elusive target was The Forger two weeks ago, and according to stats released, only 53 percent of players fulfilled the contract, while less than 10 percent were able to do it as a Silent Assassin, meaning they went undetected and there were no other casualties. 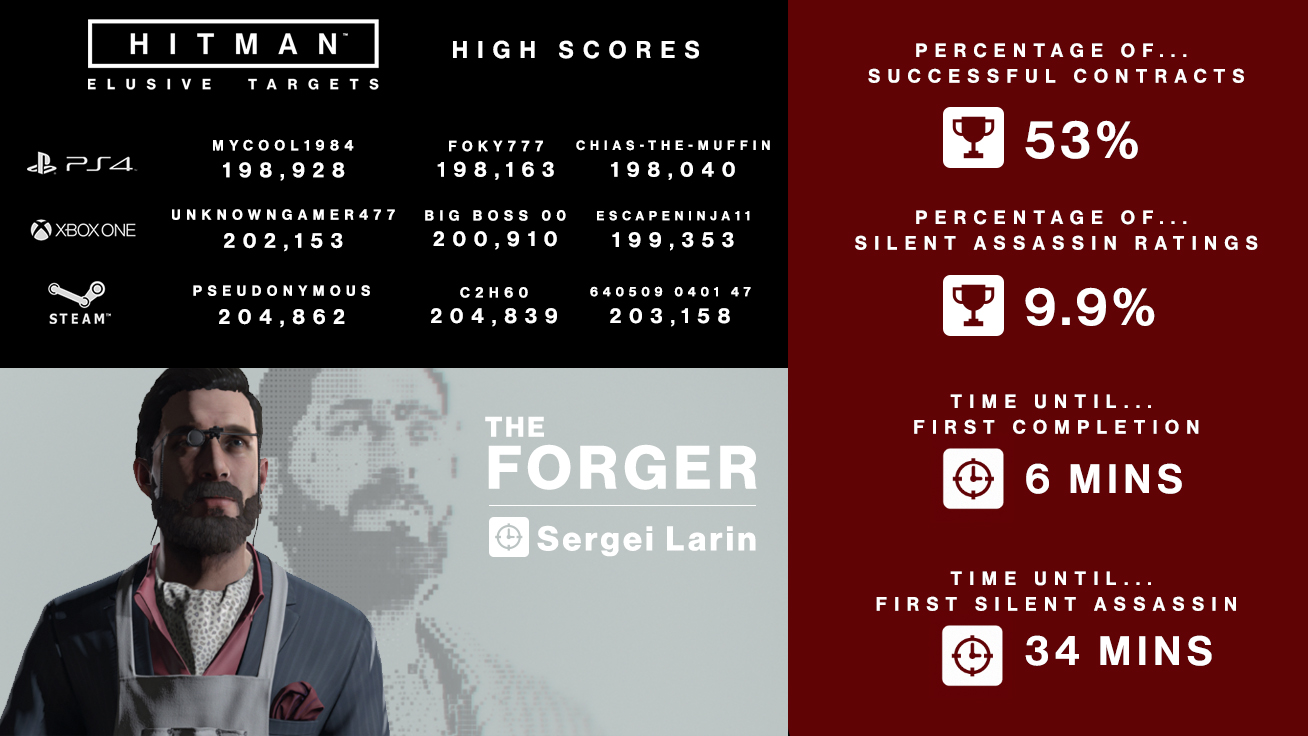 The Elusive Target mode of the game is meant to be unforgiving. You die, you lose with no retry, and these targets will never show up again. More targets are planned, and completing five Elusive Targets successfully will unlock a Hitman: Absolution suit, and completing 10 will unlock a Blood Money suit. Be sure you have the Sapienza pack installed to be eligible to get the contract.