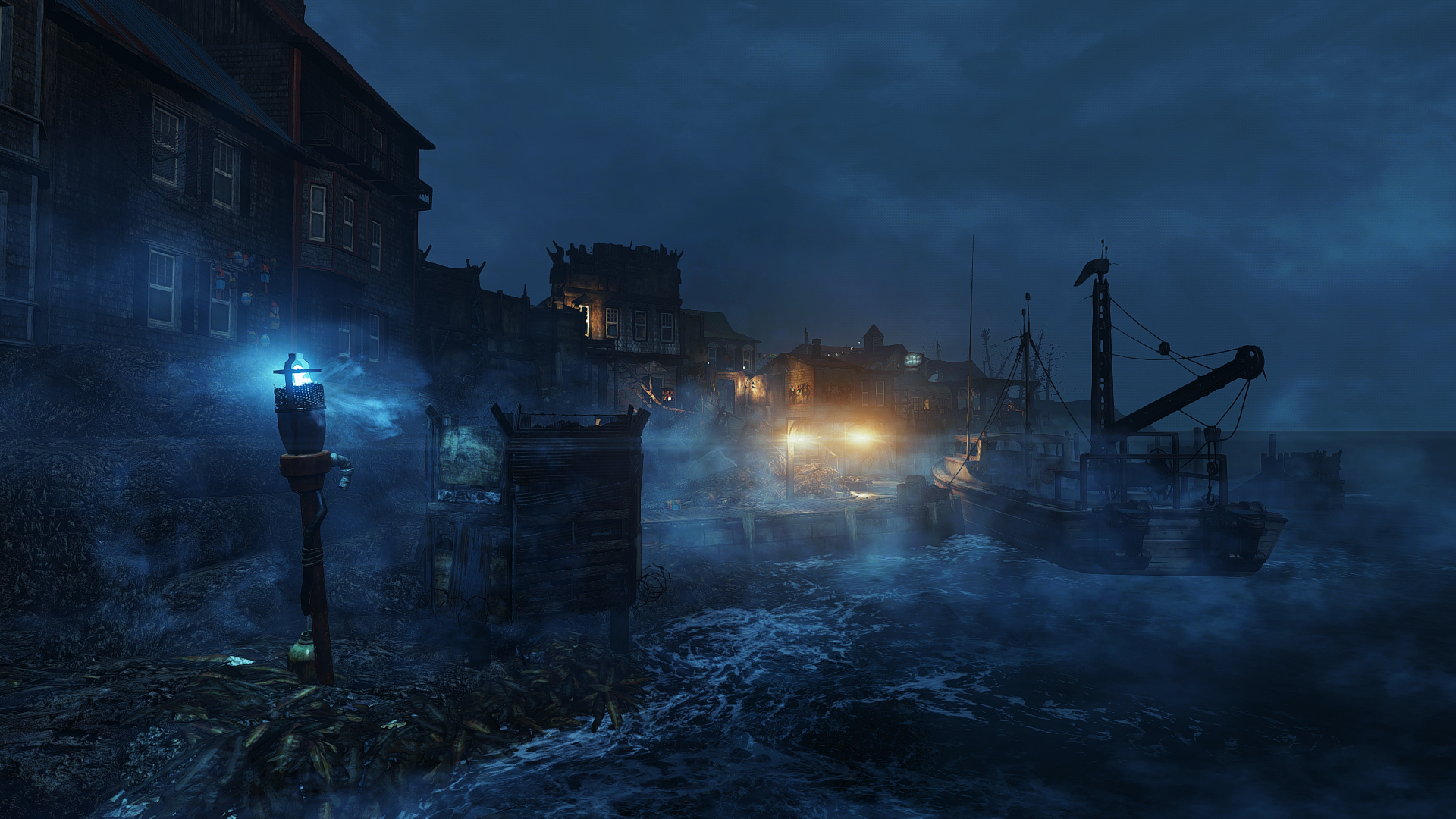 Far Harbor and the island it rests upon are full of all kinds of new trinkets, weapons, enemies, and items to be discovered. There are also five new magazines for players to collect, and like the magazines in the base game, each one collected will reward players with a new special perk. This guide will talk you through locating all five of the hidden Islander's Almanac magazines, as well as provide screenshots of the Pip-boy map, and the final resting location of each magazine issue. Finding all five of the magazines will earn you a special achievement; The Islander's Almanac.

Not one for reading? Check out our detailed video guide below to locate all five of these magazine issues with ease.

Head to Far Harbor and make your way into the Last Plank tavern.

Once inside, look for a table in the back corner, where you first meet Longfellow, and you will find this issue of the Islander’s Almanac sitting on the table.

This issue of the Islander’s Alamanac can be found by visiting Acadia.

Head inside the facility, then turn right and make your way down the steps to the next level down. Head into the center of the area, and look for this magazine on the counter of Dejen’s booth. Grab the magazine to claim it.

To find this issue of the popular Islander’s Alamanac, you will need to leave Far Harbor along the western road that curves north, towards Cliff Edge Hotel (which should show up on your map after you pick up the Far Harbor Sightseers Guide above).

Continue past the hotel, and then take the next left to arrive at the National Park Visitor’s Center.

Watch out for the bear trap and mines guarding the entryway, then head into the area and inside to find this issue of the magazine on the counter of the gift shop to the right of the entrance.

Effect: Learn new sludge-based recipes that can be used at the Chemistry Station.

This issue of the Islander’s Alamanac can be found by fighting your way through the Trappers and Mirelurks guarding the Northwood Ridge Quarry. Head down to the quarry, which is just north of Brooke’s Head Lighthouse, and take out the enemies outside.

Once the exterior is clear, locate the entrance and head inside.

Once inside there are a few more Trappers to deal with, but that shouldn’t be too hard. Take them out, then look for the magazine on a table near the leader’s bed in the very back of the quarry interior.

The final issue of the Islander’s Almanac can be acquired by traveling to Brooke’s Head Lighthouse, which you might have discovered while completing quests in the Blood Tide questline for Cassie Dalton.

If you haven’t located it yet, head south of the quarry and you should spot it pretty easily. Head through the house in front of the lighthouse, and make your way up the steps to the very top.

You’ll find the magazine resting on a table beside some flowers in the highest room of the lighthouse.

Effect: Incrase chance to hit in VATS against animals by 5%.