Battleborn to receive its first free DLC Hero this weekend

First shown at PAX East, Battleborn's Alani will enter the fray on May 24 for Season Pass holders as well as players in the PS4's open beta. All other players will have access to her one week later on May 31.

"Alani is a member of the Eldrid faction who was raised as a healer but forced to be a warrior, and is all that remains of her order after Rendain’s Jennerit Imperium stole the oceans from her world," according to a press release issued by Gearbox. "As a warrior from a planet with vast seas, Alani’s attacks and abilities revolve around her power to control water to dish out pain, or heal her fellow Battleborn."

Note, however, that Alani is only "free" as the word pertains to real money. Cold, hard cash. The game will give you two ways to unlock her: paying 47,500 in-game credits, or cashing in hero keys, a new form of currency that you can earn back later after unlocking Alani or other heroes via credits.

Alani is one of five free DLC characters due out for Battleborn. A teaser image sent by Gearbox offers a glimpse at the silhouettes for the remaining heroes.

Ahead of Alani's arrival, Battleborn players should look forward to a double XP weekend this weekend. The event begins tomorrow, May 20, at 8am Pacific, and will run through Wednesday, May 25, at 8am PDT. 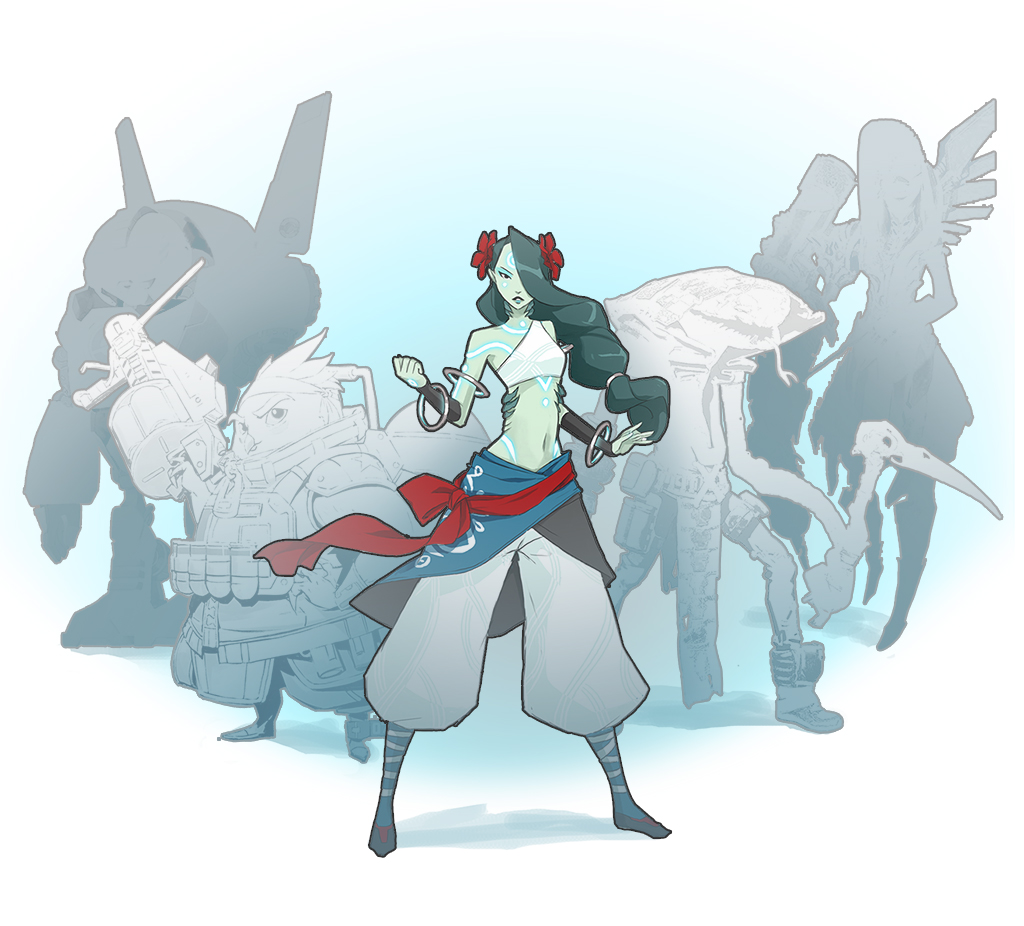