How to Get the Chainsaw in Doom

Bethesda's and id Software's Doom reboot took the classic game's weapons back to the drawing board. Previously effective only against a select few enemies, the new-and-improved chainsaw instantly slaughters any non-boss monster—provided you've got enough fuel canisters to get the job done.

Before you go hunting for fuel to cut Barons of Hell down to size, you need to find the chainsaw.

The chainsaw is located on Mission 2: Know Your Enemy. You'll start out on a linear path, fighting your way through dark rooms lit by swirling red emergency lights. 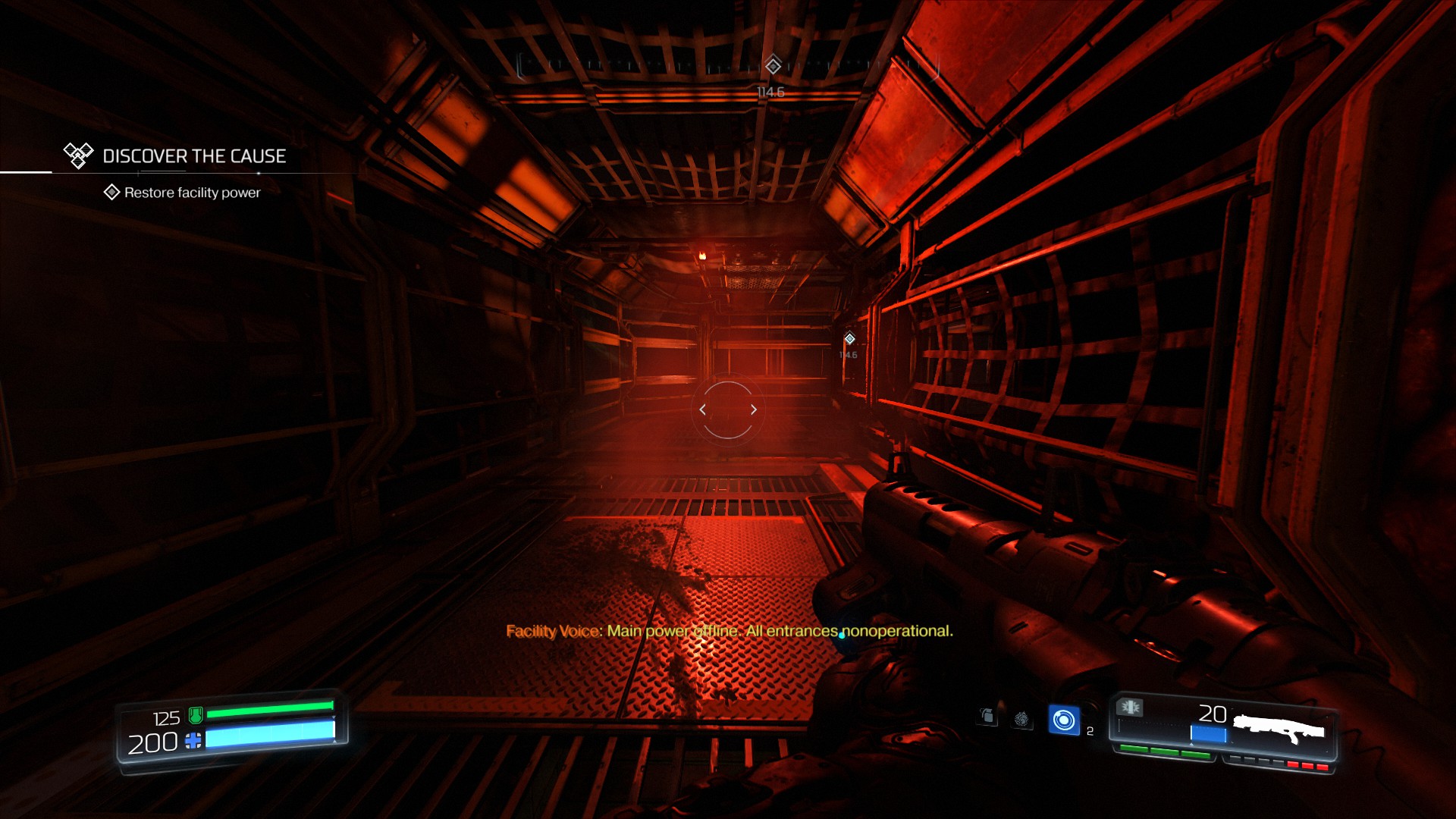 Fight through the Imps and zombies in your path until you reach a computer terminal. Interact with it, and you'll receive a new objective. Head back the way you came, making sure to download the automap via the terminal on your left. Follow the objective marker to a button that opens maintenance doors in the floor. 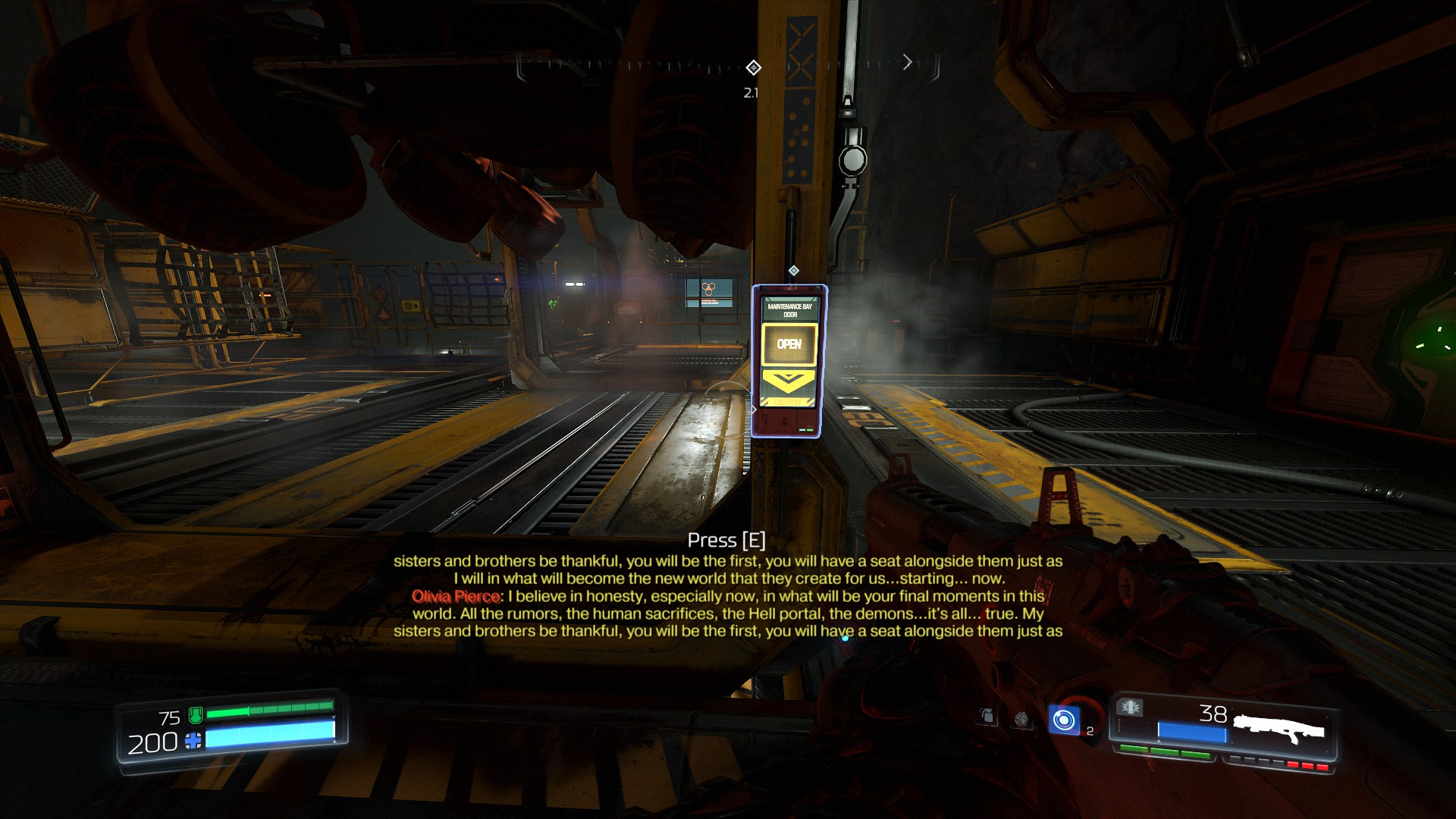 Drop down and follow the path until you come to a door you'll need to pry open. Within, you'll find yourself on a U-shaped platform with a pit in the middle. Follow the curvature of the path until you find a door marked UAC. Head in, and you'll see the chainsaw neatly lodged inside a corpse's chest cavity on the floor in front of you. 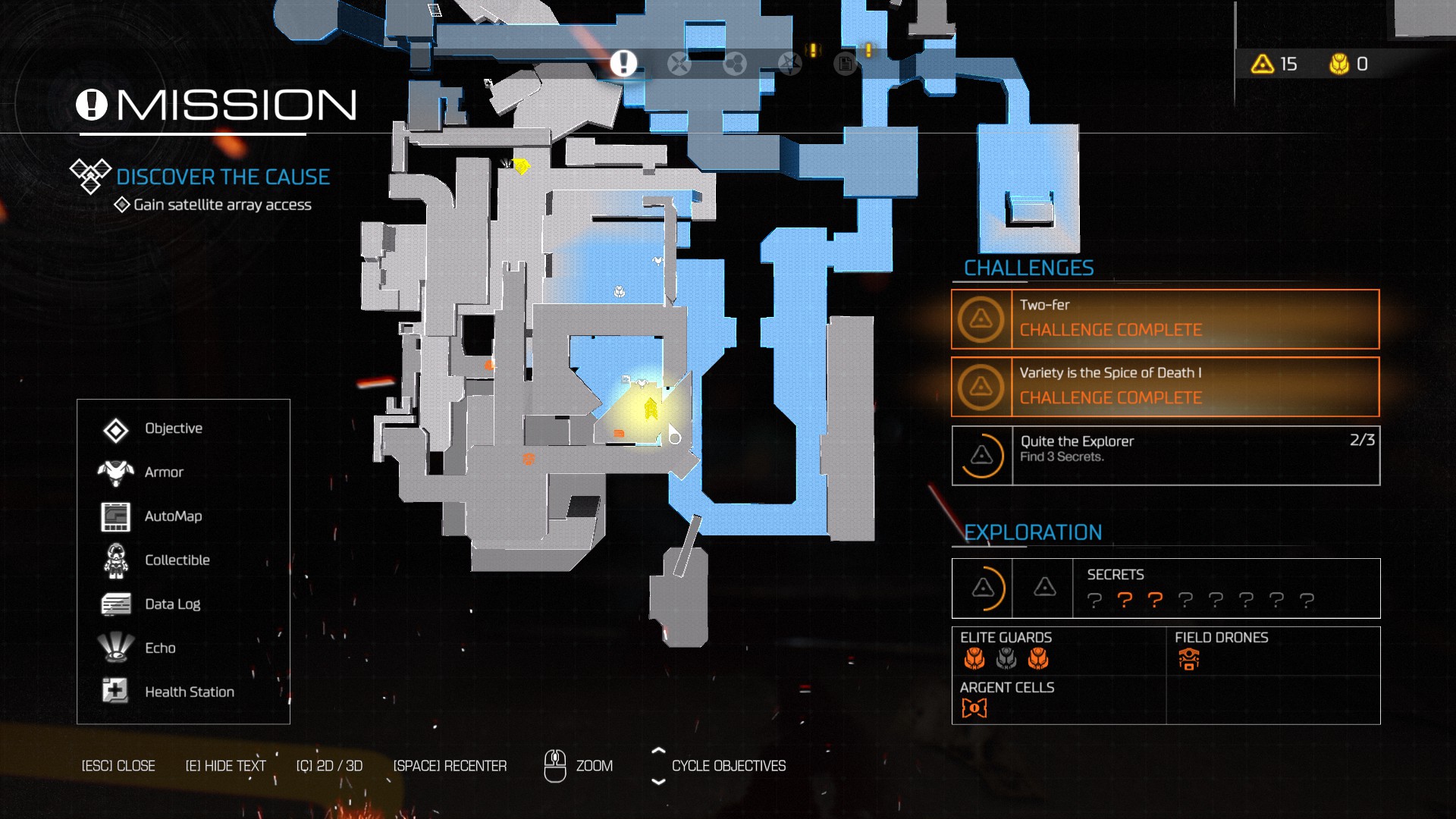 Get your hands dirty by approaching the chainsaw and pulling it free not unlike Arthur drawing Excalibur from the fabled stone. 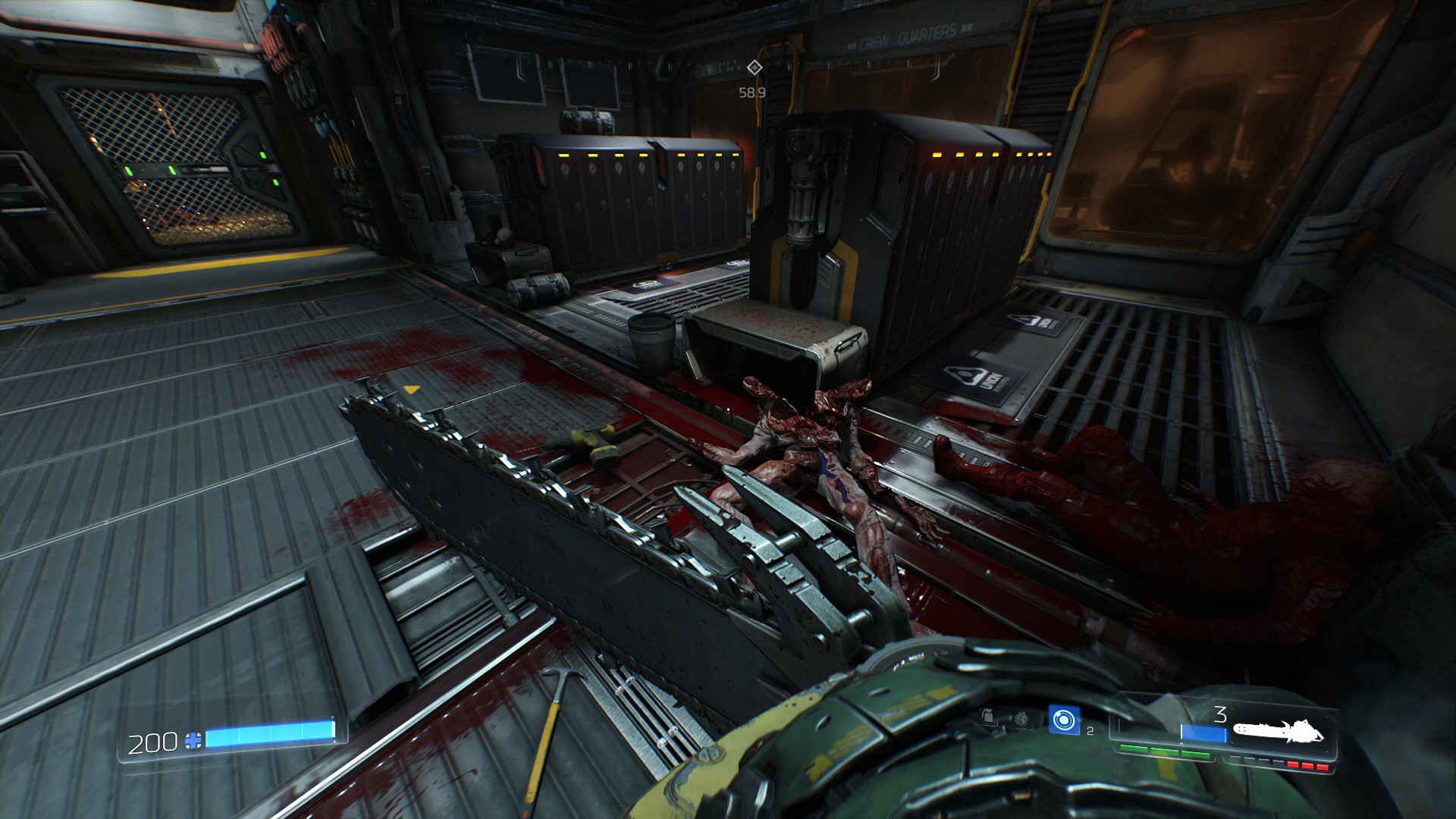 How to Use the Chainsaw

In the original Doom, the chainsaw was a melee weapon that slowly wore down an enemy's health. It works differently in 2016's Doom. To use it, you need to collect fuel tanks, which add three fuel units to the chainsaw.

Wielding the chainsaw against an enemy kills them instantly, but only if you have enough fuel. For instance, weak enemies like zombified soldiers and Imps only drain one fuel unit, but enemies higher up the food chain, such as a Hell Knight or a Mancubus, require more. Initially, you'll only have three fuel units, but using Argent energy to upgrade your max ammo will add more, up to seven.

Not only is the chainsaw good for an insta-kill, defeated monsters spew forth tons of ammo. Therefore, think of the chainsaw as your Get Out of Jail Free card: save it for big baddies that eat up too much ammo from other guns, or when you're low on ammo and need a boost.