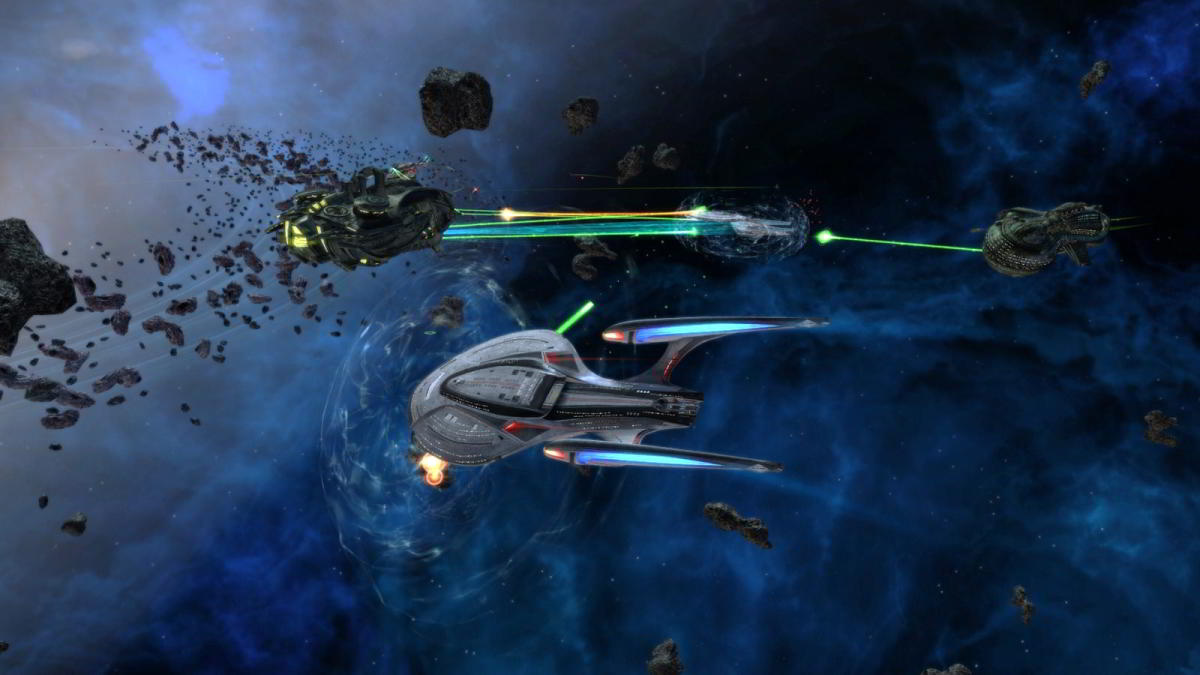 Star Trek Online boldly going to PS4 and Xbox One

Star Trek Online has been warping along on PC since 2010, with updates and expansions and even a move to free-to-play in 2012 after Perfect World acquired developer Cryptic Studios from Atari the year before. Now, the game is setting course for consoles later this year with the help of Arc Studios.

"Our first major task was to convert a PC game that takes nearly an entire keyboard to play into a game that plays well with a 12-button controller," Executive Producer Stephen Ricossa said in the announcement. "We focused on getting the controls right before we began work in earnest on this project, because we knew the game had to be as tactical, fun, and accessible as the PC game that preceded it. A combination of radial menus and streamlining of some HUD elements created a game that is easily understood, instantly accessible, and incredibly fun to play."

In addition, the console versions will have more dynamic lighting, a UI overhaul and a total back-end rewrite. "The goal here was to create a UI that was incredibly streamlined on the back-end to ensure the best game performance possible, while also creating a brand new experience purposely built for the controller," Ricossa said. "We’re really proud of how this looks and how well it performs, and I’m excited for everyone to see it in action."

Of course, he promised that the lighting upgrades would be added to PC in time, but no word on if controller support would be included for those who like their MMOs sans keyboards.

The PC version just has an original series expansion pack released called Agents of Yesterday. The game has had more than 130 episodes, similar to the TV variety, and has voice appearances by many of the cast of Voyager, Deep Space Nine and The Next Generation.

No official release date has been announced other than this fall.