Epic Games has announced GRIM.exe is now available to play for those who currently have access to Paragon’s Early Access.

The studio first introduced us to GRIM.exe last week, who is a sentry robot that’s controlled by a rather unintimidating-looking ranger. He’s built to control the battlefield and neutralize any enemies that he comes across. 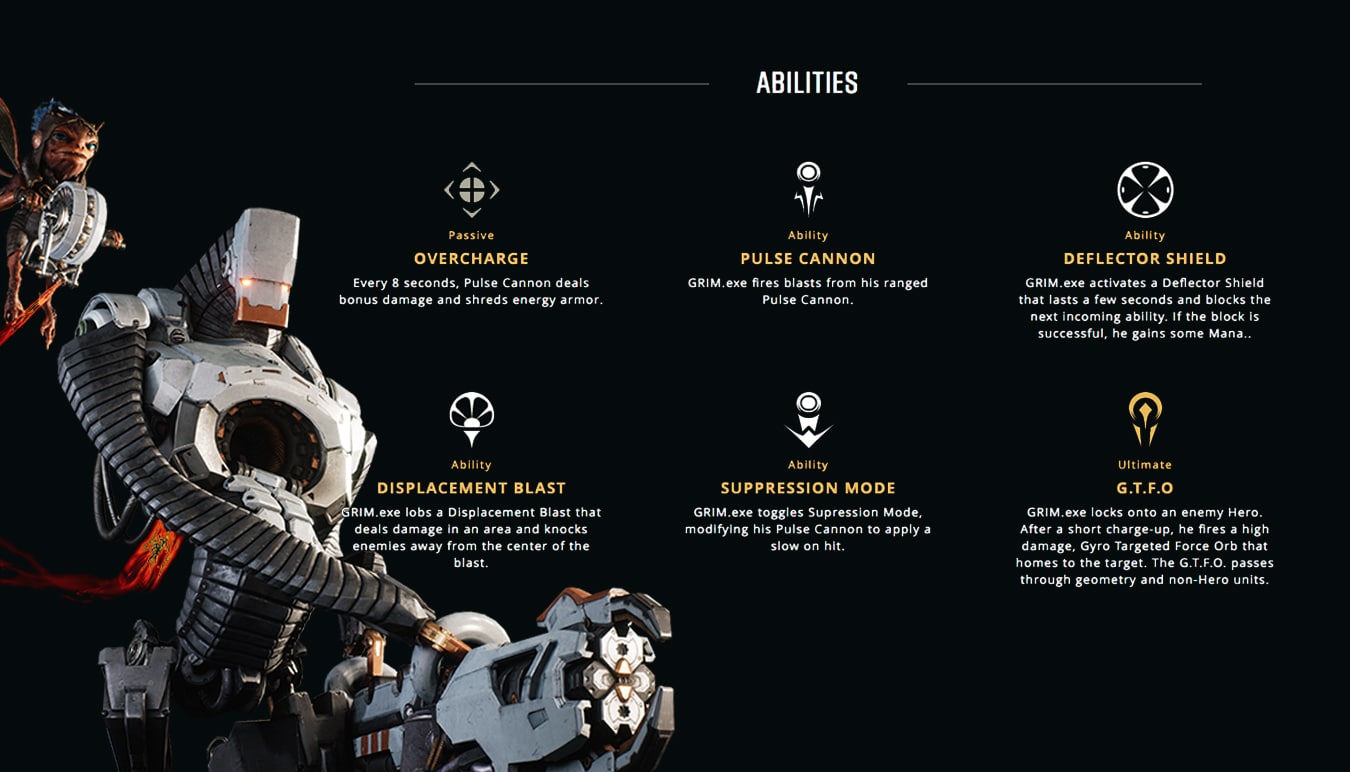 His first ability is called Displacement Blast, which fires an energy blast that knocks enemies away from the explosion. His second is Deflector Shield, which can be used to emit a bubble that is capable of absorbing an incoming spell, even enemy ultimates. His last is Suppression Mode, which slows down enemies as soon as the attack hits them

His Ultimate is the Gyro Targeted Force Orb, or GTFO. GRIM.exe will fire a long-range homing bolt that will track down its target, wherever they go.

Here’s GRIM.exe’s Overview video which shows all of its abilities in action, as well as tips on how to use it effectively.