Have you ever wanted to turn the tables on puny meatbag humans by "upgrading" them to the status of undead? Have you also ever heard of the wildly successful 1991 game Lemmings? If you answered yes, then Zombie Night Terror is for you.

Let's not jump to conclusions here though. Zombie Night Terror is absolutely inspired by Lemmings, but the French studio No Clip has taken that inspiration and turned Zombie Night Terror into a game with plenty of depth and some laughs too. You see, zombies are quite dumb. Your job is to take their raw talent and to literally point it in the right direction. Zombie Night Terror plays like a puzzler, where you have to figure out how to infect everyone on the map by either guiding your zombies to chomp on their fleshy parts, or stealthily infecting them with your stockpile of syringes. 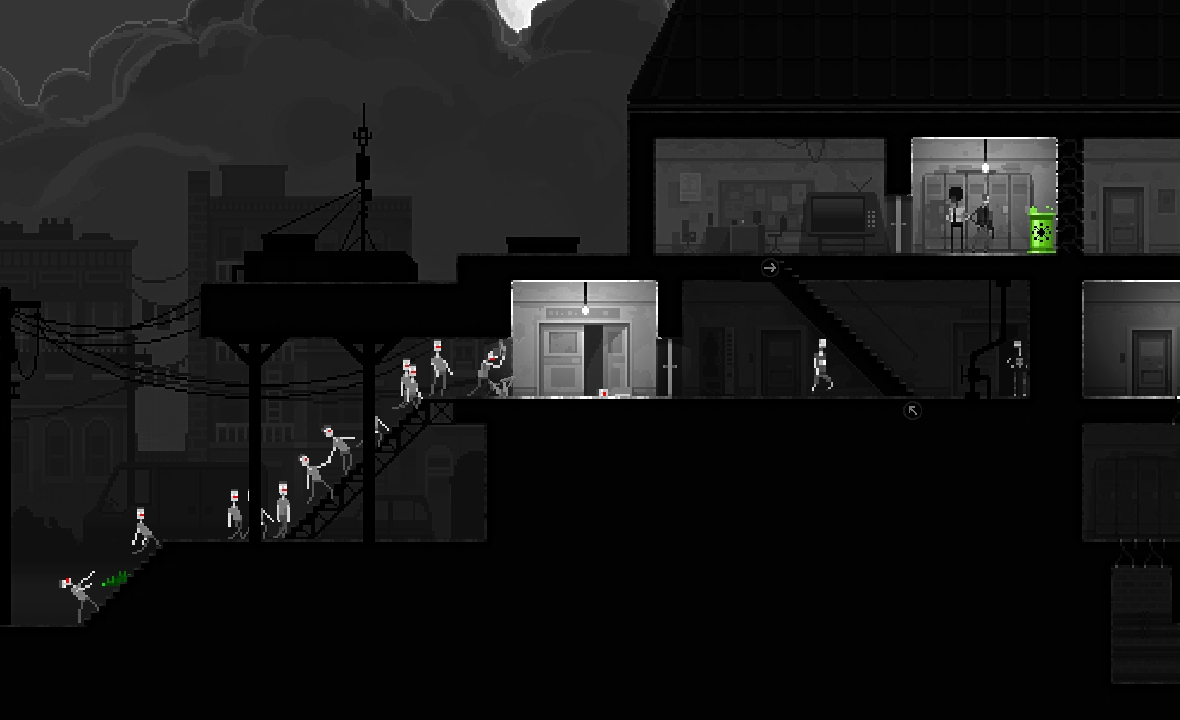 Not every human is a pushover though. In the build we played, we saw our dinner wielding guns and melee weapons, and we had to use the environment to either sneak behind them, or overun them with sheer force. There are also different zombie types. You can upgrade regular zombies into "signposts" that will point a horde in the direction of your choosing. There are also big beefy tank zombies that can crush through walls and withstand punishment from small arms fire. We had a couple of situations that required us to strategically rush in with the big boys to clear the way for our horde to follow, or use signpost zombies to stop our group of zombies from walking over a cliff.

No Clip promises a ton of value with plans for 40 levels at launch and more interestingly, plans for a level editor. The studio will release tools that not only let you create your own levels, but also the tools to create cutscenes to add to the production value. Players will then be able to share levels in Steam workshop for everyone to enjoy. The level editor will be packaged with 10 free DLC maps that will be released sometime post launch.

We also took some time to chat with one of the members on No Clip for a video interview, which you can watch below.

Zombie Night Terror was plenty of fun. The 80's inspired art style mixed with tense puzzle gameplay has me excited to finally get my hands on it when it releases some time this summer. I'm also really looking forward to getting to make some twisted levels that I can share with the community.