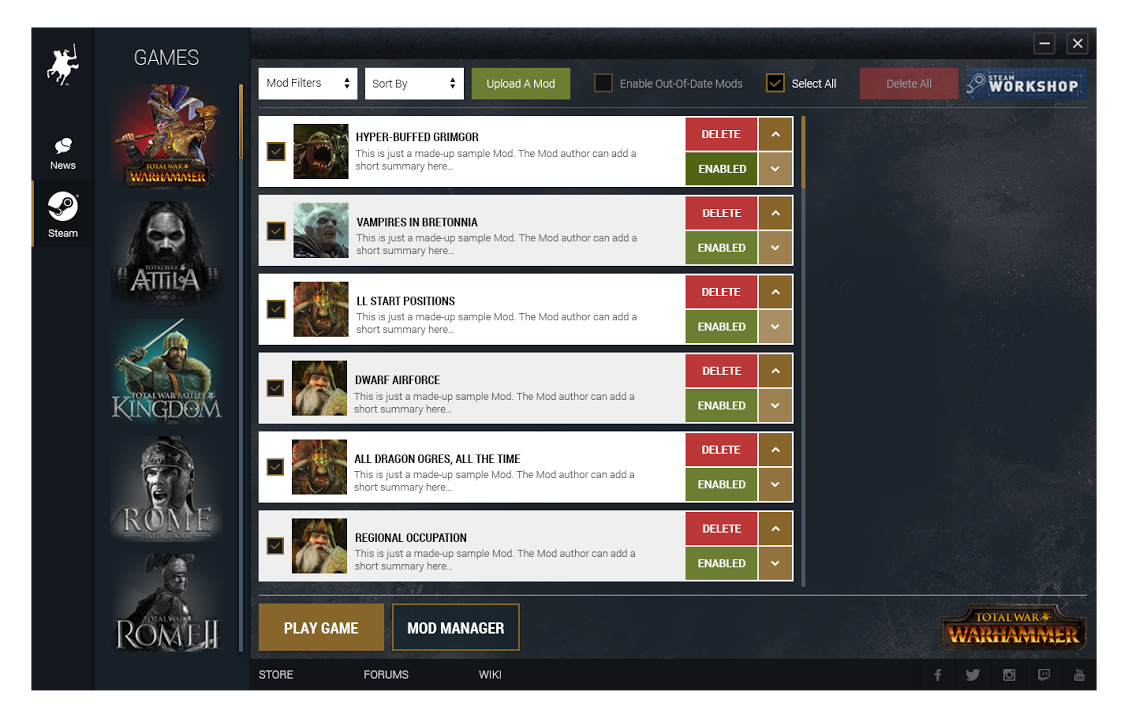 Total War: Warhammer will have mod support at launch

After much outcry and gnashing of teeth from fans last year when Creative Assembly said there would be no mod support for Total War: Warhammer, the developer has belayed that directive and now said it will be included when the game launches on May 24.

Apparently, Creative Assemby and license-holder Games Workshop have worked out the kinks to get an agreement in place to allow mods into the game. So the following will be included when you open the game for the first time:

This isn;t the first time that Creative Assembly has adjusted its plans becasue of fan faeedback. Late last month, it was announced that the Chaos Warrior race pack, which was a pre-order bonus only, will now be available for people who buy the game the first week after release. The company also plans quite a bit of extra content down the road as well.