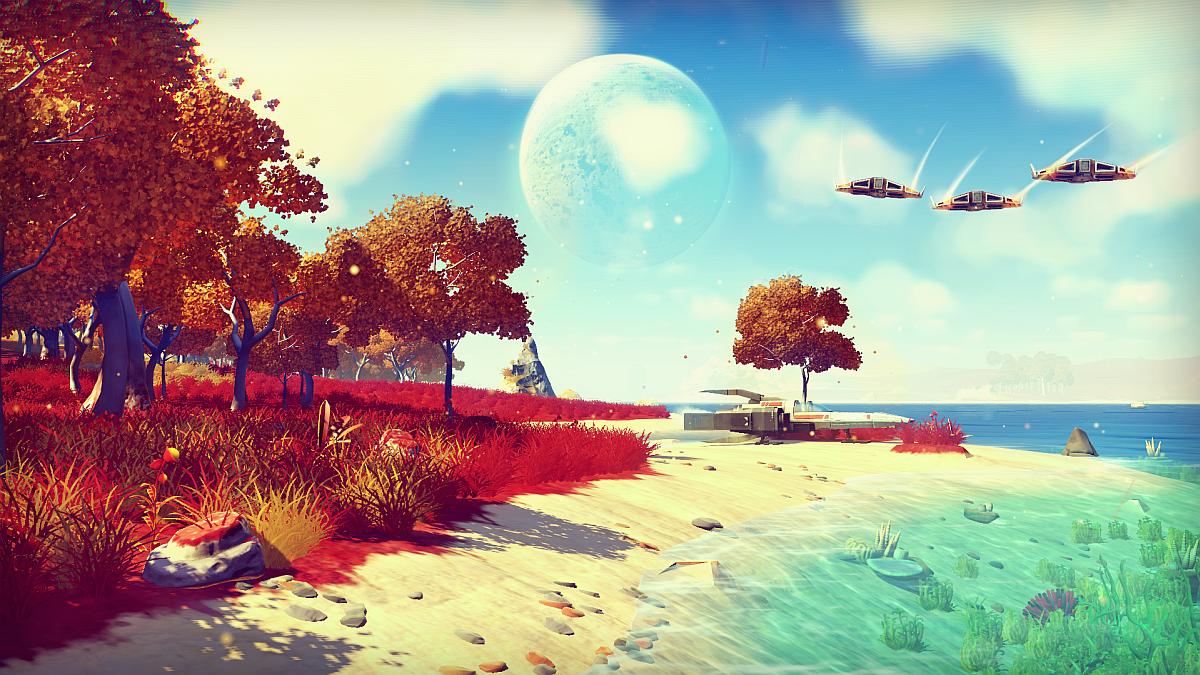 No Man's Sky has been a highly anticipated title ever since it was revealed in December 2013, and as the game approaches launch on June 21 for PC and PlayStation 4, developer Hello Games is talking about how the lore is being created for the ambitious space-faring sim.

In a post on the European PlayStation Blog, programmer Sean Murray details how the team is going about giving some backstory to what players will experience. "With a universe as open as ours – with a near infinite number of planets out there to see – we want players to discover everything on their terms," he said. "We don’t have huge cut scenes or a traditional linear story. There is, however, a real lore in the game. Hopefully everything you find has a reason for existing. When you see a building, we’ve tried to think of who might have built it, and why. It’s something we’re excited to see fans uncover as they play, and put their own interpretations on."

He explains that writers Dave Gibbons (Watchmen, Kingsman, 2000 AD) and James Swallow (Deus Ex: Human Revolution, Star Trek) have penned a comic called "Adventures in No Man's Sky," where they detail their personal adventures withn the game world. The comic will be available in the Limited Edition version of the game.

In a previous post, Murray talked about the art direction for the game and how the team is trying for the look of a "science fiction book cover come to life."

No Man's Sky has already graced us with some pretty cool videos of the gameplay, and even went mainstream with a spot on the Late Show with Stephen Colbert. Coupled with Elite: Dangerous, space sim fans should be giddy about exploring space once again.