Corsair is announcing its latest gaming mechanical keyboard, the K70 RGB Rapidfire, which is the first gaming keyboard in the world to feature the all-new Cherry MX Speed RGB mechanical switch. The keyboard is said to deliver lightning-quick responsiveness and 100% anti-ghosting technology, which allows the user to hit any combination of keys and it’ll register each key press. The keyboard’s body was forged from an aluminum frame, making it quite a durable peripheral.

Luckily, Corsair sent me a K70 RGB Rapidfire to check out prior to its official announcement, and I have to say that I’m quite impressed with the product the company has delivered. 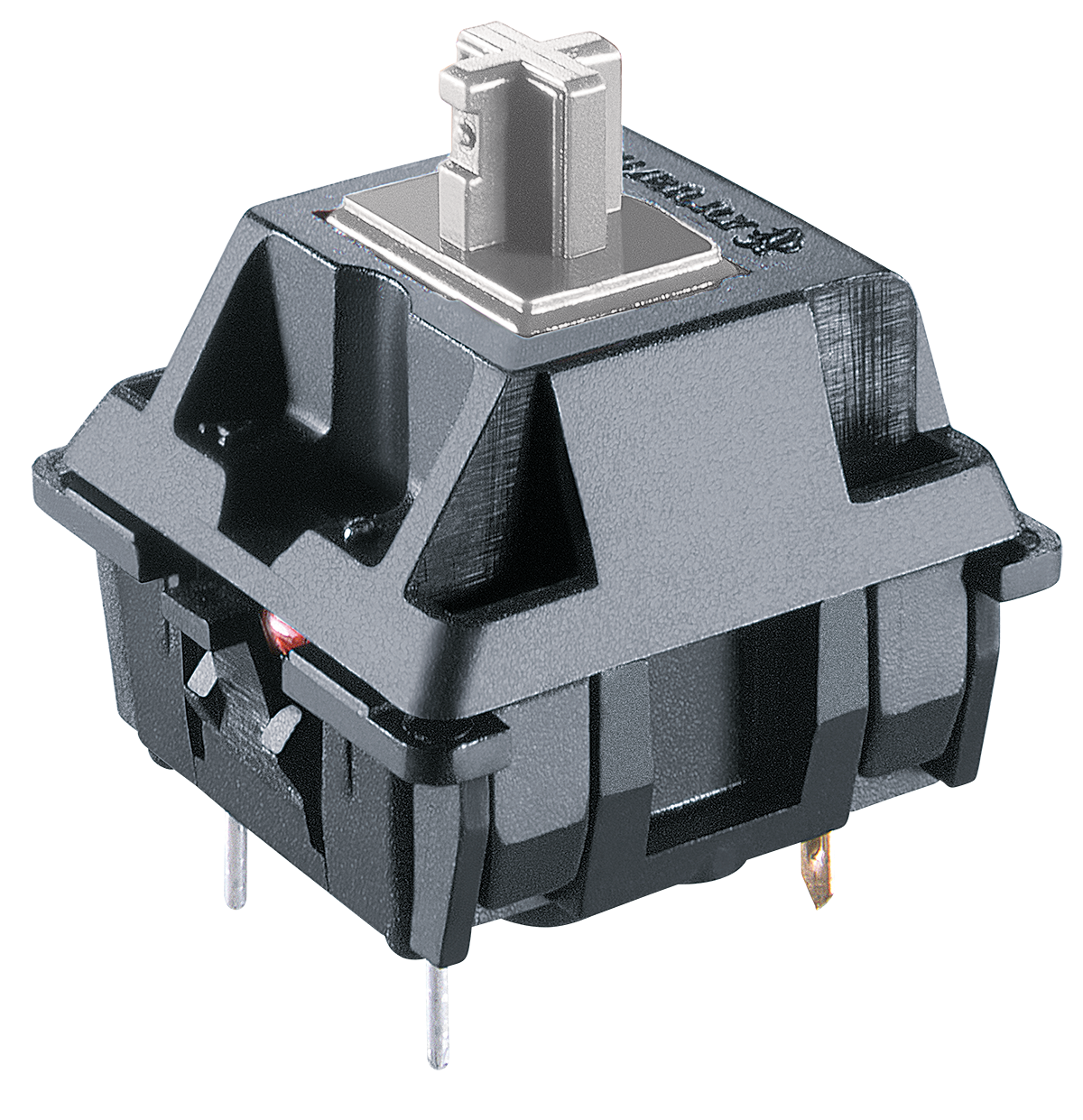 One of the first things I noticed when I put my hands on the K70 RGB Rapidfire was the fact that the keys were extremely responsive. Each Cherry MX Speed switch has a 1.2mm actuation and 45g switch force, which allows me to type away without feeling fatigued when I’m writing for long periods of time.

While the responsiveness of each key is very impressive, I personally prefer a keyboard that is slightly more clicky than it is spongy. The Cherry MX Speed switch causes the keyboard to feel more spongy than clicky, although it’s the first time I’ve experienced a spongy keyboard with this kind of responsiveness.

The keyboard itself is sleek and stylish as its brushed aluminum body gives it a more premium look than I’ve seen in most keyboards. Unfortunately, the font of the keys clash with the sleek look of the keyboard as they take up nearly the entire face of each key and display a futuristic-style font. If you have trouble seeing your keys on a standard keyboard, then you should consider the K70 RGB Rapidfire as its font is huge. 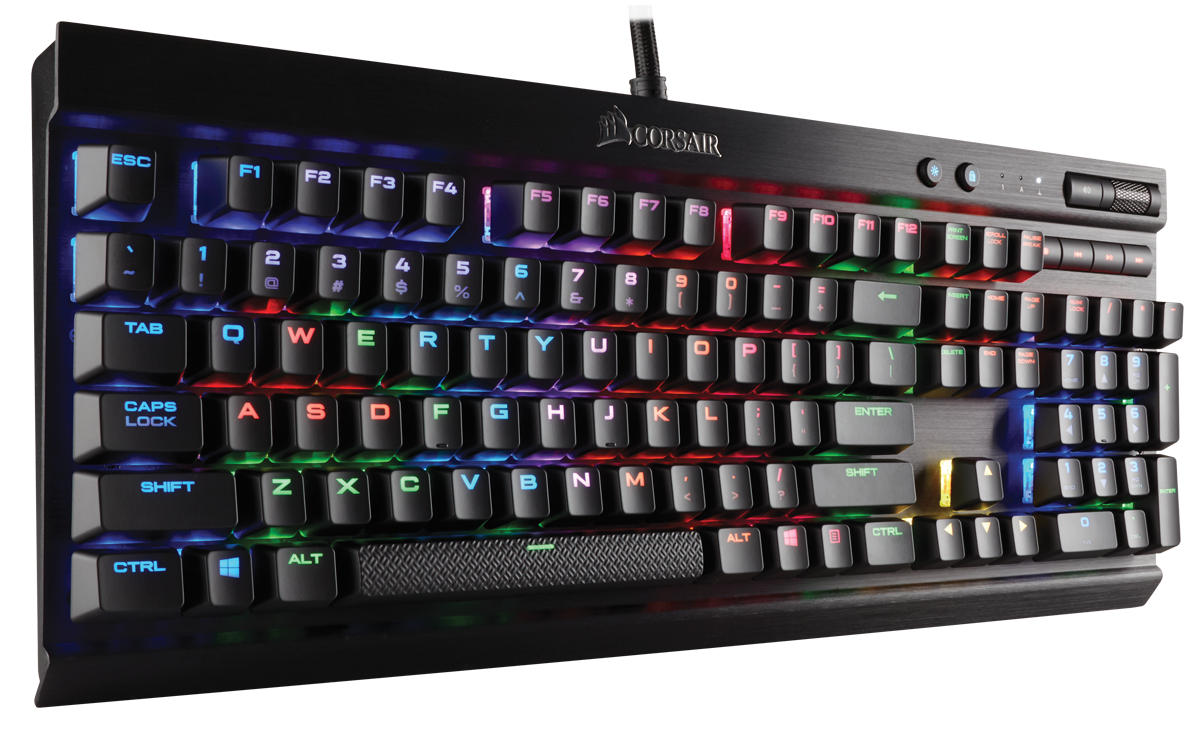 Speaking of keys, the space bar has grated metal look to it, although it’s completely plastic like the rest of the keys. I didn’t notice it at first, but after spending a few hours with the keyboard, I like the space key having this feel to it as it allows my fingers to grip it easily while I’m typing or gaming.

To round out the rest of the features of the K70 RGB Rapidfire, there are dedicated media buttons sitting above the number pad, which includes a mute button and a volume roller, a dedicated Game button, which helps in stopping accidental Windows button presses during games, and a button to toggle the brightness of the keyboard. At the top of the keyboard, there’s a USB pass-through port, which I find to be convenient as I can plug in my mouse or headset adapter without having to reach behind my PC for a spare USB port. The K70 RGB Rapidfire also comes with a set of FPS and MOBA keycaps, which offer a textured and contoured feel, similar to feel of the space bar i mentioned earlier. 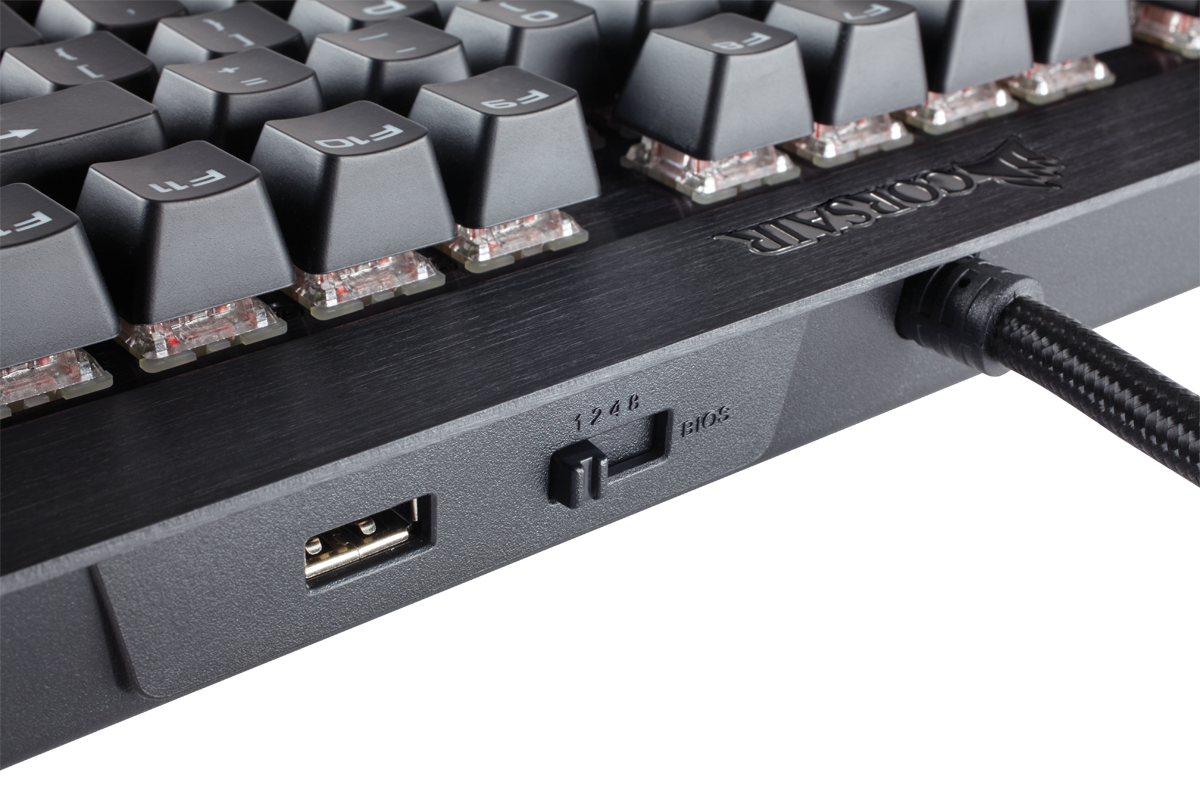 Combining the K70 RGB Rapidfire with the Corsair Utility Engine (or CUE for short) allows me to take advantage of a number of must-have features, such as full control of its RGB lights, setting up macros, text, keystrokes, shortcuts, DPI, timers, and more. As you’d expect from a modern RGB keyboard, I’m able to take advantage of 16.8 million colors in nearly any way I want. And since I happen to have a spare Corsair RGB mouse lying around, I’m able to link the color effects of the keyboard and mouse together, which is really cool to see in person.

The Corsair K70 RGB Rapidfire was a fun keyboard to use as I honestly felt like I was typing much faster than I intended to, thanks to the Cherry MX Speed switched. My only issues with it is the cartoonish-looking font on the keys and the overall spongy feeling of each key, but other than those minor issues, I really enjoyed Corsair’s presentation with this mechanical keyboard. It has all of the bells and whistles I look for in a mechanical keyboard while also giving me the ability to not feel as fatigued thanks to its layout and key switches.