Rockstar Games has long been rumored to be working on a sequel to Red Dead Redemption, and today, a LinkedIn profile has added more fuel to the fire.

The LinkedIn profile of a 3D artist has recently been discovered for a past Rockstar Games employee. The artist’s profile notes they worked for the company for ten years working on a number of projects, including Midnight Club: Los Angeles, Grand Theft Auto V, and Red Dead Redemption 2.

While the profile may confirm Red Dead Redemption 2 is currently in development at Rockstar Games, the amount of typos in his experience, such as “Midnight Clu: Los Angleses”, make us think otherwise.

The artist worked at Rockstar Games between October 2006 to February 2016, which also fits within the timeline of when the original Red Dead Redemption was released.

While we’d like to believe this was a simple leak, we think it’s more likely a typo. With that said, we’re still hopeful there’s some truth behind this LinkedIn profile. 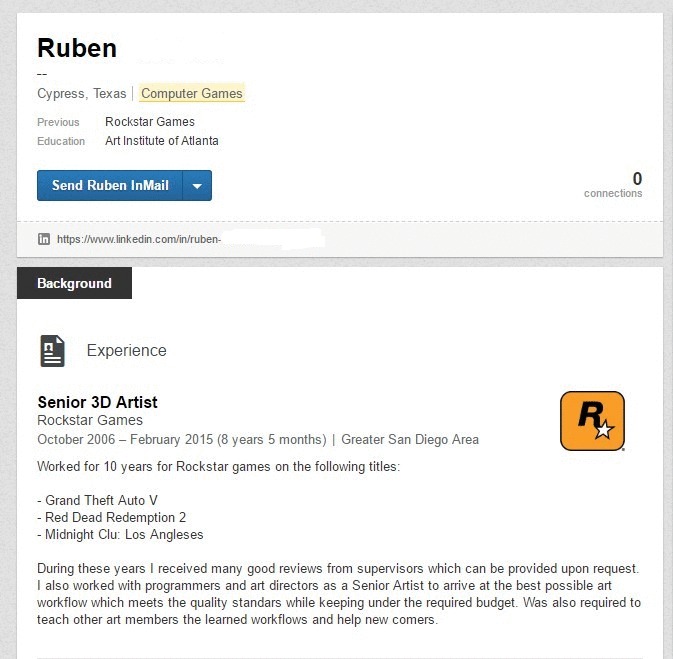