Over the past decade, the MOBA format has become recognizable. There are a set number of heroes, a set number of lanes, a specific map layout, and an isometric overhead perspective. So what happens when that last part gets adjusted to fit the point-of-view of a third-person action game? The result is Paragon from Epic Games, which carries the feel of a third-person shooter, but carries all the hallmarks of a MOBA. Shacknews recently had the opportunity to go hands-on.

While looking over my shoulder with a Counter-Strike-style point-of-view, the sensation of a MOBA kicked in. The objective for both teams of five was to destroy the enemy core on the opposite end of the map, while taking down minions to level up across three different lanes. Each side has several towers to knock down, but they do more than help teams gain precious momentum. The end towers represent inhibitors and if they go down, your team gains much larger minions for the final push. These 'Super Minions' help accelerate the game's final sequence and can do some serious damage to towers and cores if left unattended. 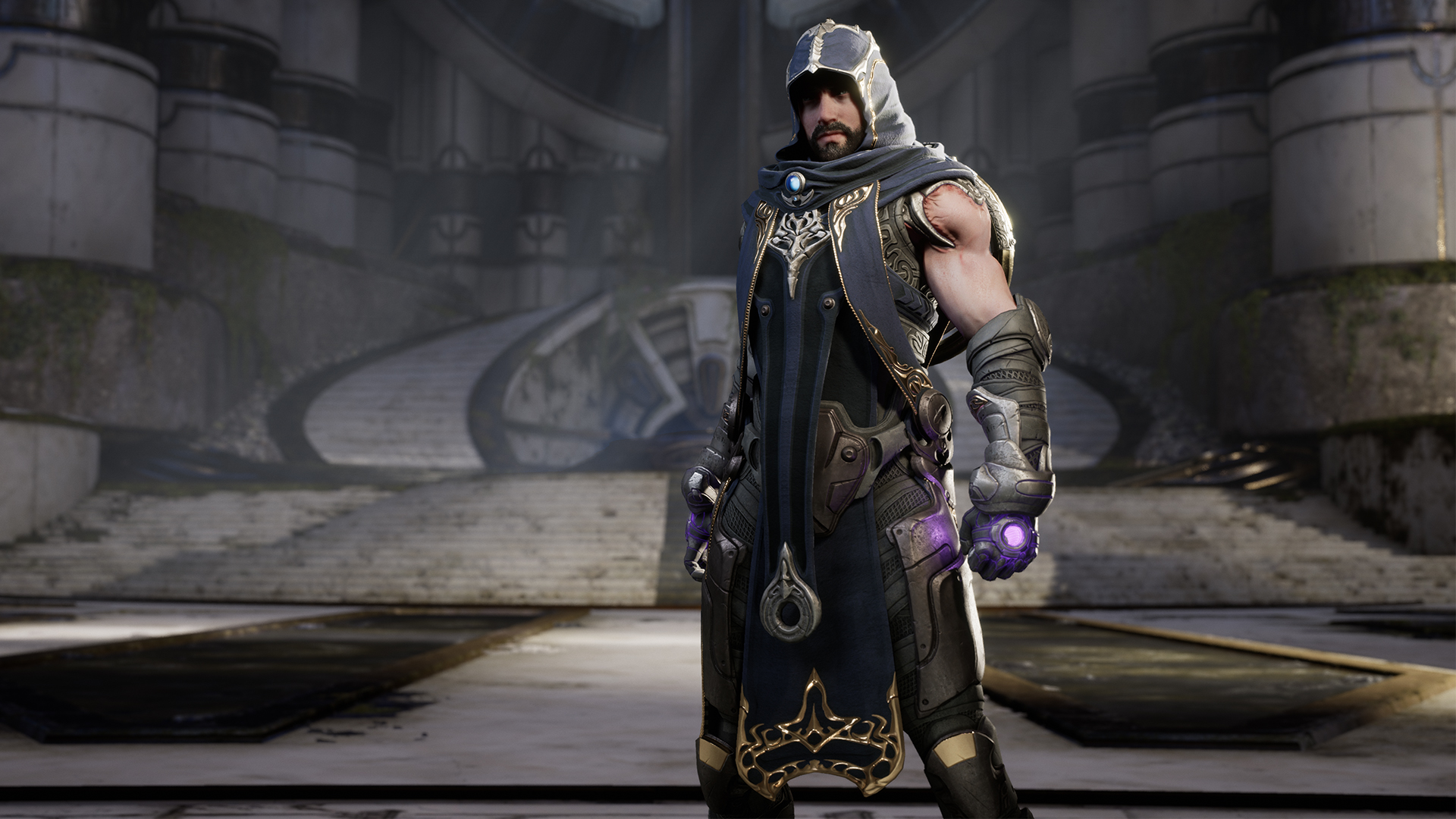 Paragon's perspective will help users more accustomed to shooters feel at home, but the game feels like many of the best elements of a MOBA game. Teams will collectively level up together, giving everyone incentive to work together to plow through minions without the pressure of worrying about who gets the last hit. The three-lane path is an easy one to follow, but as players started getting more and more accustomed to the game, the more they started lurking in the jungle paths in-between lanes and setting up ambushes. There were several points where my team was trying to push ahead, only to have an offensive-minded character like Rampage or Steel sneak up behind us and take a few of us out.

The familiar MOBA roles are also in place, with defensive tanks, offensive rangers and casters, and support characters all available and all with their own distinct abilities. For the purposes of this demo, I mainly stuck to support characters Muriel and Dekker. Each of them fulfilled the support role capably, albeit in drastically different ways.

In Muriel's case, she provided teammates with defensive shields and speed boosts, while also slowing down enemies. Her Ultimate ability was immensely useful, in that she could teleport to a teammate anywhere on the map and provided a massive buff, while severely slowing foes caught in her blast. As for Dekker, her focus was on slowing enemies and causing damage from within her stasis fields, while her Ultiamte ability allowed her to cage targets and trap them, allowing for teammates to pile on or escape to safety.

One interesting area where Paragon stands out is through the use of card decks, with distinct cards available to different characters. In addition to standard experience levels helping players upgrade their abilities, many card items have three empty slots. Those slots can be filled with stat boosts to help with spellcasting cooldowns, health, or mana regeneration. Managing cards is a crucial part of Paragon and is easy to manage in-between deaths, but if you manage to stay alive for a long period of time at the start of the game, it's easy to forget about your card inventory.

There's still a lot about Paragon that's being refined and worked, with several map elements still labeled as alpha content and several balancing tweaks still in the works. But in terms of friendliness to newcomers, the third-person presentation cannot be overlooked. While I'm normally lost in Dota 2 or League of Legends (less so in Heroes of the Storm), the idea of approaching Paragon as a third-person shooter and then adjusting to the MOBA format as I went along was very helpful. Though I still struggled with knowing which lanes to pursue or when to hide in the jungles, I did feel like I could at least hold my own in a combat situation.

Meanwhile, the time for private testing is almost over, as Epic looks to bring the public into the fold. Paragon's Early Access is set to kick off on PC and PlayStation 4 this coming Friday, March 18. Founder's Packs go on sale today and will come with skins, boosts, cosmetics, and access to the game's Early Access build. Dedicated users can shell out the $19.99 now, but for everyone else taking a more cautionary stance, Paragon is expected to enter a free open beta period on both PC and PS4 this summer. Sign-ups are up and running on the Paragon website.