Opinion: The Price of the Oculus Rift is Too Low (HTC Vive Might Be Just Right)

Oculus Rift became available for preorders in January and the ensuing Internet kerfuffle about the price of the first generation Virtual Reality Head Mounted Displays deserves further analysis. I believe that Oculus Rift is priced too low.

I was able to get my hands on both VR HMD offerings from Oculus and HTC at CES in January, and I no longer believe that the Oculus Rift is better than the HTC Vive. I still believe that the Oculus Rift offers a fine experience, but I believe the HTC Vive will be a more premium virtual reality experience after giving an objective look at the features of both devices. HTC and Valve announced pricing for the Vive last weekend, and it came in lower than my expectation of $1000 or higher. I disagree with the many gamers and journalists who claim that the $799 price tag for the HTC Vive is absurdly high for a device that still requires a computer to run it.

First generations of groundbreaking consumer electronics products tend to be priced at a premium. Why should VR HMDs be the exception to this rule? A Tesla Model S cost over $90,000 and the Tesla Roadster cost even more than that when it was released. Apple's original iPhone cost the same amount as the Oculus Rift, and that was after an AT&T subsidy. Innovative products need the support of early adopters to make sure the company will keep making new iterations. It is this tax on early adopters by a company that can help foster more innovation and risk taking in a product category.

The Cost of a Computer

I have yet to build my Virtual Reality desktop, but I will assure you it is not going to have the minimum specifications to run the Oculus Rift. Gamers love building hardcore PCs with liquid cooled CPUs and all sorts of high speed RAM and SSDs. None of this is cheap. PC hobbyists spend thousands of dollars building and upgrading their rigs. $600 could get you a pretty good video card, or an Oculus Rift. Both HMDs will cost more than a gaming console, but I believe it is more fair to compare their price to the cost of the higher end PCs required to run VR.

The small fraction of people who can dedicate a room in their home to Full Room Virtual Reality leads me to believe that this will be a much smaller market at first than it is being marketed. The best HTC Vive demos are done in a 10x10 foot square. What percentage of gamers can dedicate that kind of space to a device? This is just another reason why I think the VR HMDs should command a higher launch price. If you can afford and are willing to dedicate a room in your home to VR, you most likely are willing to pay a higher premium to be an early adopter of a VR HMD. 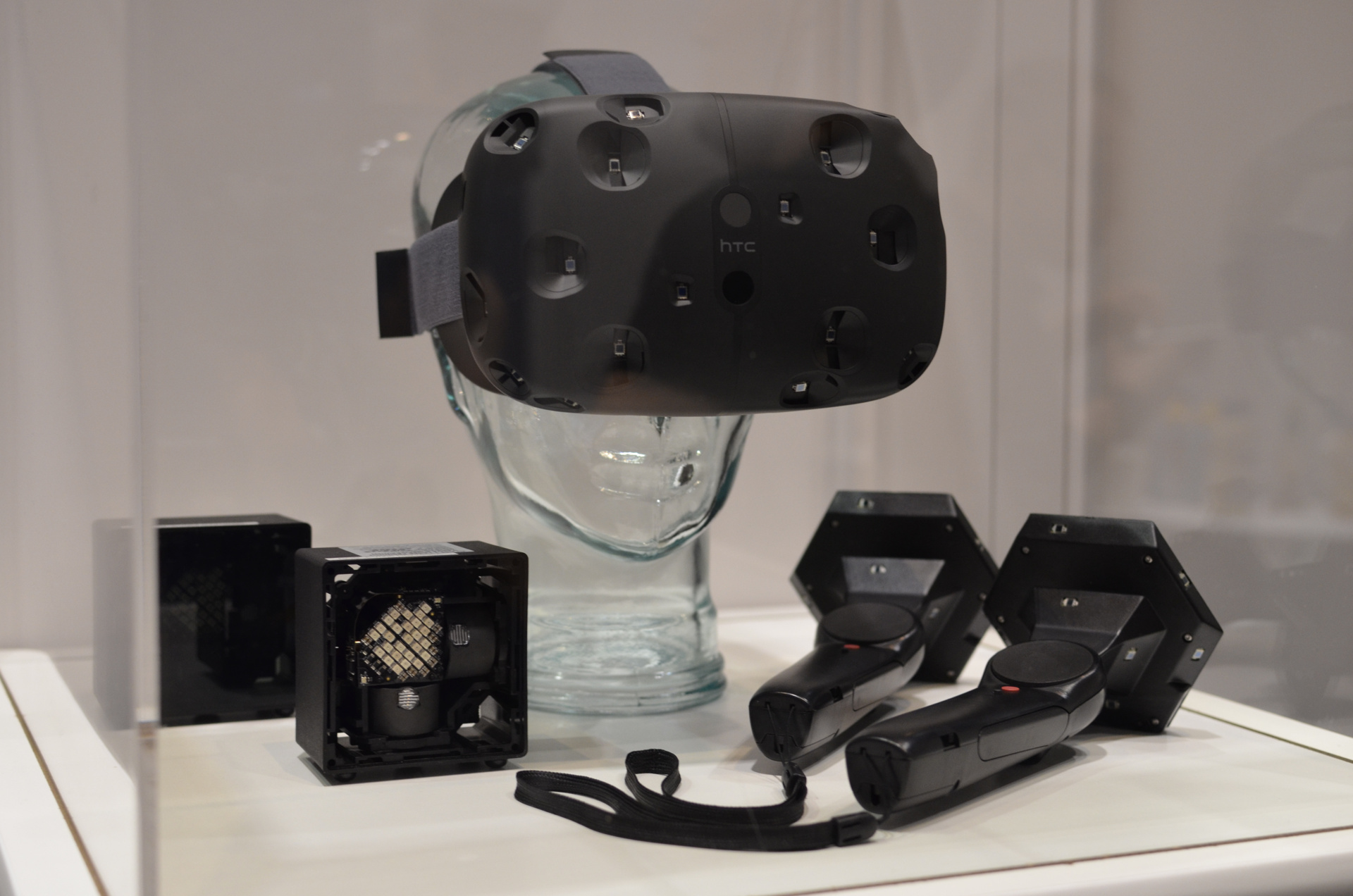 I'm talking about a Head Mounted Display. Oculus Rift and HTC Vive are both head mounted displays, and I believe it is fair to compare them in price to other displays for PC. It costs between $500-$1500 to pick up a 4K resolution monitor, depending on features and size. Is $599 or $799 really that absurd of a price for a head mounted virtual reality display when other displays that just sit on your desk cost more?

If VR Fails This Time...

Virtual Reality failed miserably in the 1990s for a few reasons. The costs of the devices were prohibitive and the overall experience was very limited by technology at the time. We now haver much faster GPUs, computers and smartphones that can support a much more immersive VR experience with high quality graphics and low persistence screens. VR can not afford to fail again, and the premium attached to this launch cycle of these HMDs can increase the likelihood that there will at least be a next generation of this product category. Consumers of these early VR HMDs can help foster the future of VR much like the early adopters of Tesla vehicles have helped lay the groundwork for the future less expensive electric vehicles.

This article started with a claim that the Oculus Rift is priced too low. I believe that the lack of a front facing camera and less advanced sensors (two things that the HTC Vive feature) are deal breakers for many early adopters. Oculus had plenty of feedback and time to implement these features, but have instead focused on locking down exclusive software and experiences for the Rift. Oculus Rift felt like an antiquated device after experiencing the latest iteration of the HTC Vive at CES. I am not saying that I think the Oculus Rift is a bad device, but that the HTC Vive provides a more complete VR hardware solution at launch. Oculus won't be able to ship their next generation Oculus Touch controllers at launch, while the HTC Vive will have theirs included in the $799. We still don't know the price of Oculus touch, so this price comparison of $599 to $799 is not even apples to apples. Many Shackers have asked me which HMD I would recommend if they could only buy one virtual reality head mounted display. My answer is two fold. If you want the best hardware out of the box at launch, buy the HTC Vive. If you want the best software lineup at launch, buy the Oculus Rift. It is sad that Oculus didn't take a more serious look at the competition because this answer would have been Oculus Rift if they had added some of the key hardware features that come with the HTC Vive. Early adopters would gladly pay whatever increased price at launch if the Oculus Rift came with a front-facing camera and improved sensors. At the $599 price point, Oculus already priced out a large segment of consumers. The $799 price point of the HTC Vive with the Valve controllers is just not that much more expensive given the improved VR experience. Oculus has made a mistake in my opinion, but they still can redeem themselves by offering a robust software and content lineup. It remains to be seen how Valve will support HTC Vive on the software front, so Oculus may enjoy a lead at first on that front.

HTC Vive is available for presale on Monday February 29, and I will gladly pay the $200 premium to the Oculus Rift (which I have also preordered). This is a decision for consumers to make individually, and the companies have told me that there is no animosity. Oculus, HTC, and Valve all want VR to succeed. At the end of the day, many consumers can't afford to purchase both devices at launch and the decision will be a tough one. If you look at the hardware by itself, I feel that the HTC Vive is the better option.