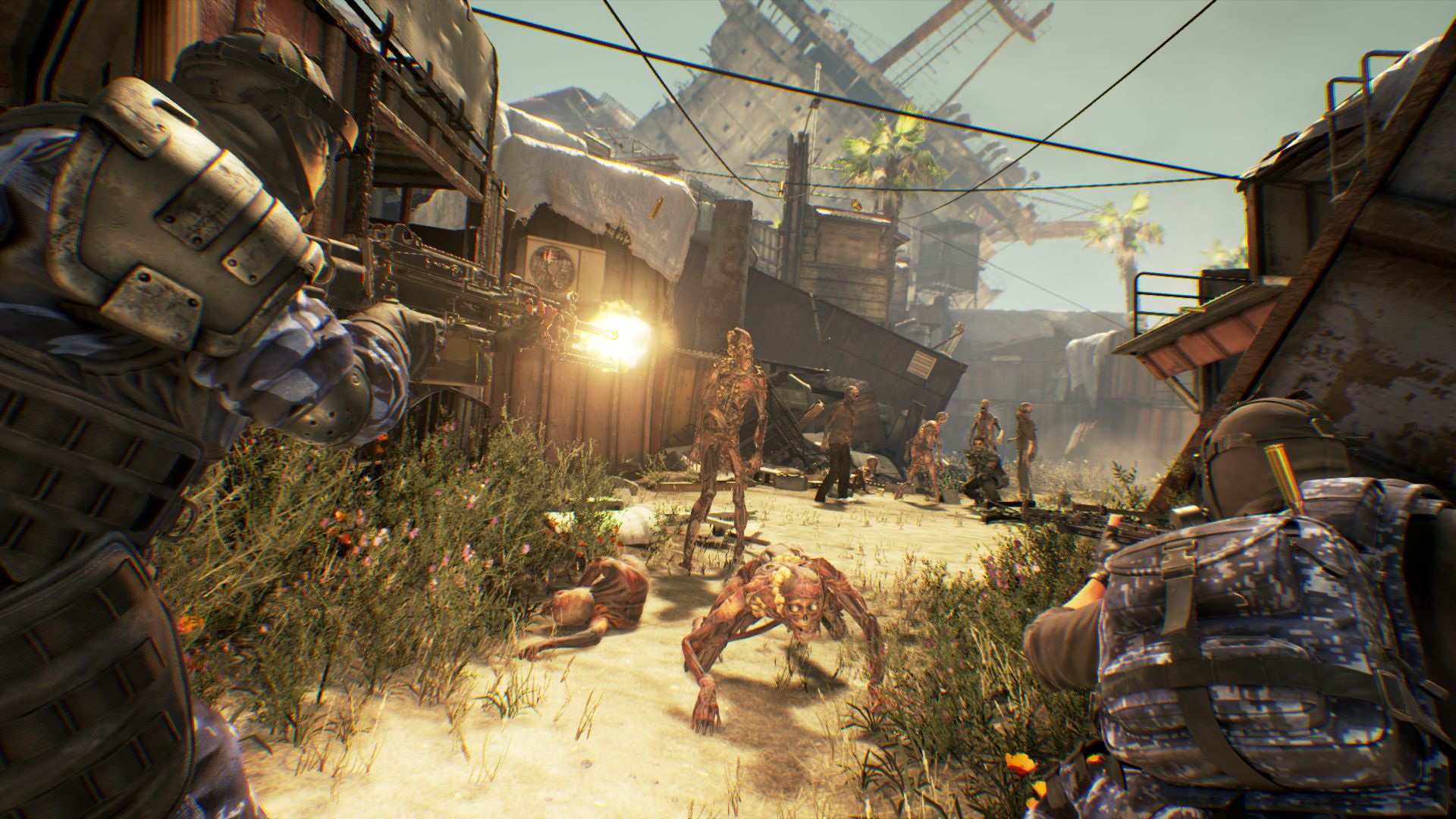 Meet Moving Hazard, the zombie game where you command the zombies

Moving Hazard is a competive team-based FPS game set fifty years after the fall of mankind. Zombies have overtaken the world and military city-states vie for control of important resources in a harsh apocalyptic world. But this isn't just any old zombie game of normal standards. Instead developers Psyop Games and IllFonic have decided to spice things up by allowing players to control the zombies using special grenades and items.

Right now the game features six different maps, a variety of gamemodes like Team Deathmatch, Scavenger, King of the Hill, and more. The website also lists a single-player scenario and a cooperative horde-based mode are among Moving Hazard's offerings. The game has been in development for over a year now and is expected to release sometime early this year in Early Access.

You can see some early alpha gameplay in the video below and visit the official Moving Hazard website to find out more info regarding this up and coming first-person shooter.

Thanks PC Gamer for the headsup.